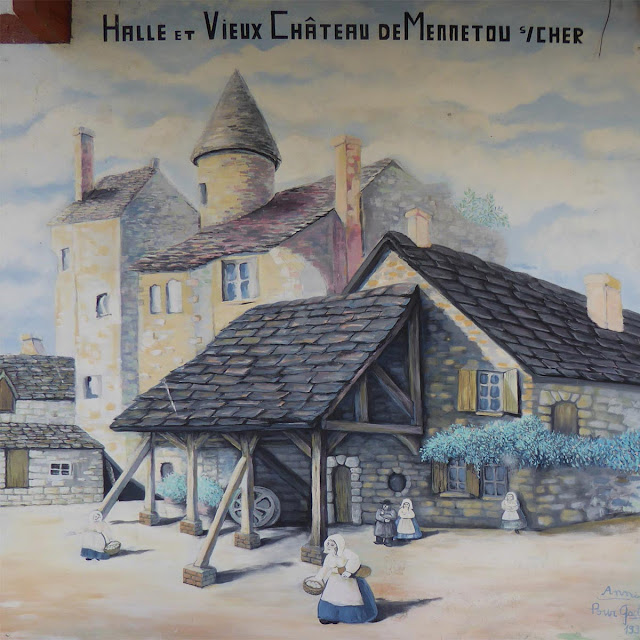 Three weeks ago today, Sue had just arrived. We decided on the Saturday morning to drive over into the Sologne region, 90 minutes east of Saint-Aignan, and go to see the villages of Henrichemont, a planned 17th century town, and La Borne, home to 70 potters and their shops. 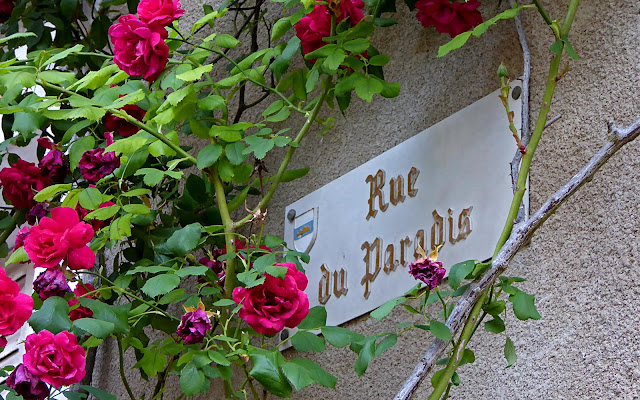 On the way back to Saint-Aignan in the afternoon, we stopped for a short walk around the medieval walled village of Mennetou-sur-Cher, which is a lot closer to home for us. I've blogged about it several times over the years. Here, here, and here, for example, in posts from 10 years ago. 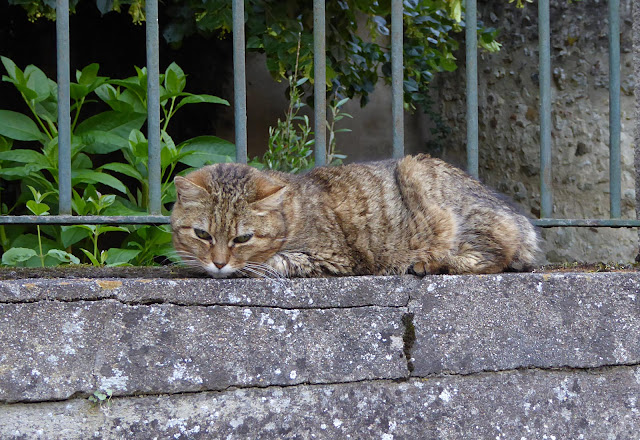 Today I'm just posting a few photos of interesting things I saw in the village earlier this month. It was a pretty afternoon, and Sue and I were both taking photos. The ones here are mine, since I certainly didn't forget my camera that day the way I did when we went to Blois recently. Photos aren't always about architecture, churches, or wide panoramas. 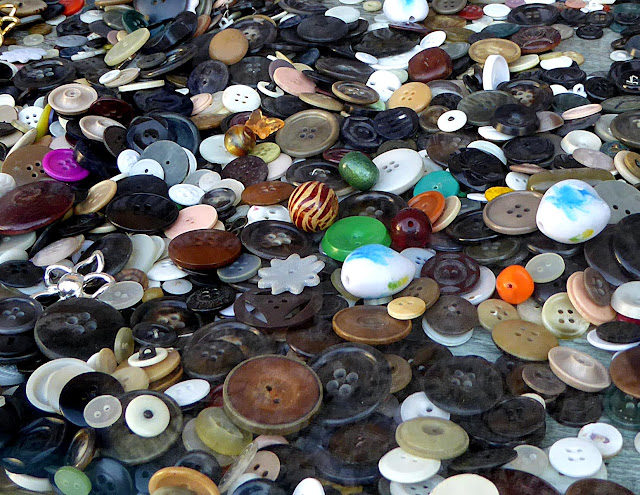 On the home front, I'm scheduled to get my stitches out on Monday. The dermatologist who removed a skin cancer from my chest told me to call a local nurse to have the stitches taken out about two weeks after the procedure was done. I was surprised, when I called a nurse in our village, to learn that she will come to our house on Monday morning to take care of me. That's service. 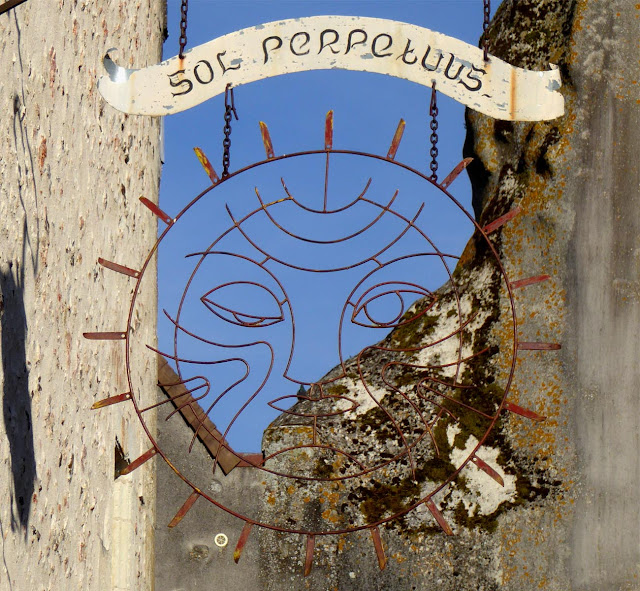 Speaking of service, I took the 18-year-old Peugeot in for an oil change a couple of days ago. It had been two years since the last oil change, but when I looked at my records I realized we've put only 3,600 kilometers on the car in two years' time. That's just a little over 2,000 miles. Also, the air-conditioning in the car had stopped working nearly two years ago. I told the mechanic that if it could be fixed easily and cheaply, do it. But I figured the compressor had given out and assumed we would just do without AC in the car for another summer. It's not as if we live in a really hot climate. This is not a swamp or a desert, after all. Surprise of surprises, the mechanic fixed the AC and only charged me 65 euros. I'm happy.
Posted by Ken Broadhurst at 07:30