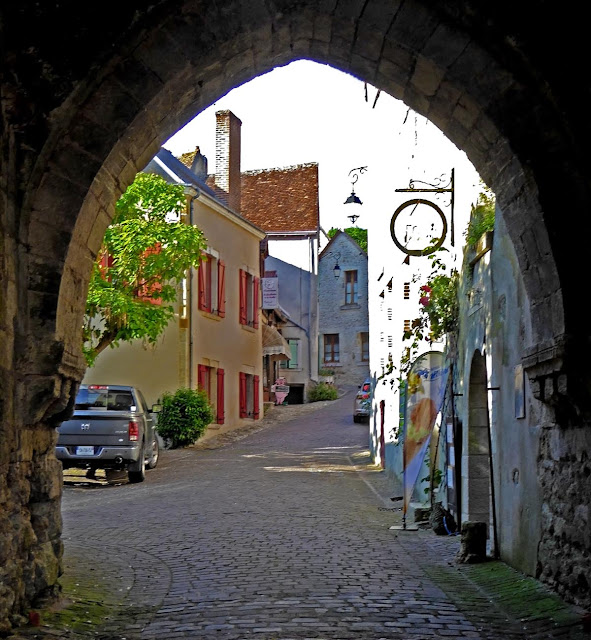 Here's the view when you enter the little town of Mennetou-sur-Cher through the lower gate (la Porte d'En-Bas). The town was founded in the 6th century when a monastery was established here on the banks of the Cher River. It's about half an hour's drive east of Saint-Aignan. 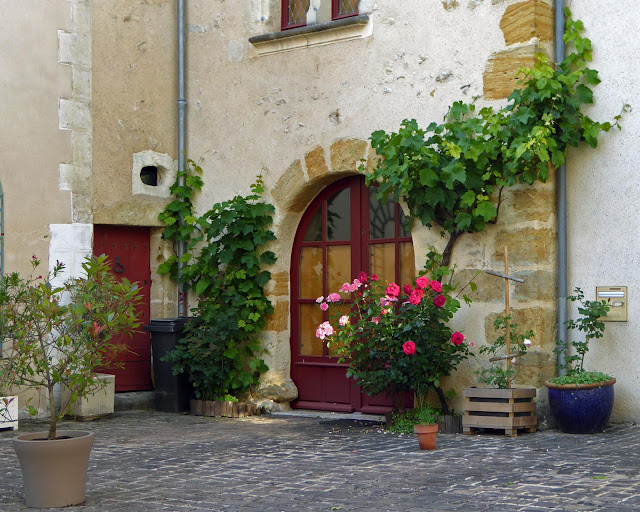 Look to the left as the walk into town and you see this pretty house, with its roses, grapevines, and potted plants. The name Mennetou derives from the Latin and French word for "monastery" and the people of the town are called les Monestois et les Monestoises. There are about 900 of them. 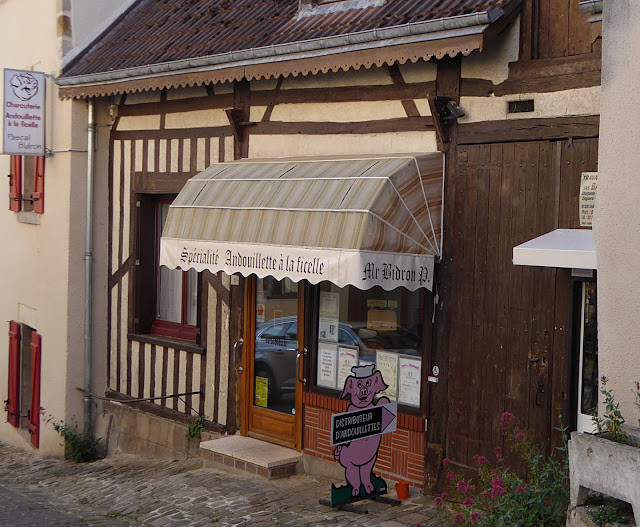 The culinary specialty for which Mennetou-sur-Cher is known is the andouillette, which is a sausage made with pork stomach and intestines that are chopped and stuffed into a pork intestine casing. There's an andouillette fair at the beginning of May every year, since 1972. 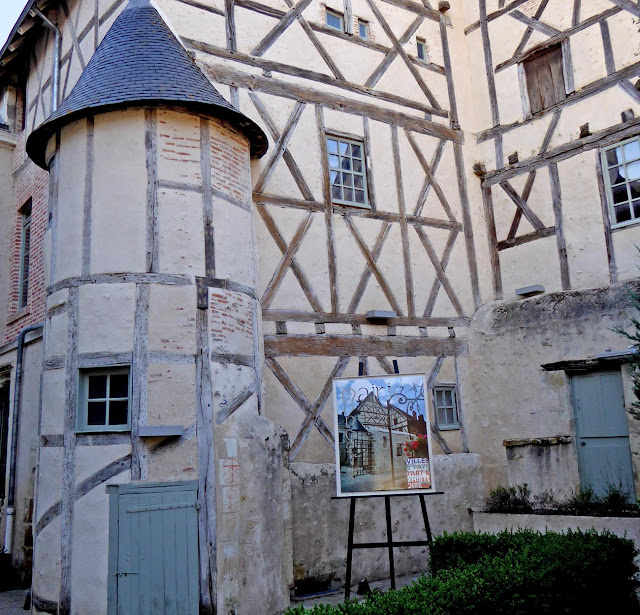 This is a house that dates back to the 1400s, around the time that Joan of Arc is said to have visited Mennetou on her way to Chinon to seek help from the French king against the English. Mennetou had been fortified starting in the early 1200s. The work continued for about a century. The town already needed to be defended against invading English forces under Jean Sans Terre (John Lackland) back then. Three old stone gates and several sections of the town's ramparts still stand. 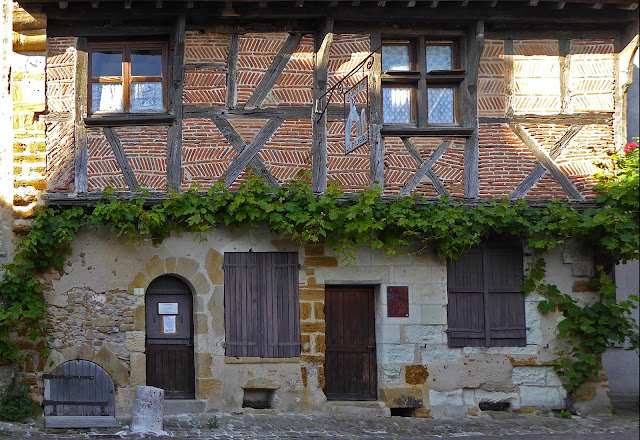 Here's another old house, this one from the 1500s, the time of king François 1er, poet Pierre Ronsard, and the essayist Michel de Montaigne — and of the wars of religion in France. Mennetou was a Protestant stronghold in those days, and efforts by Catholic forces to capture the fortified town were unsuccessful.
Posted by Ken Broadhurst at 07:00