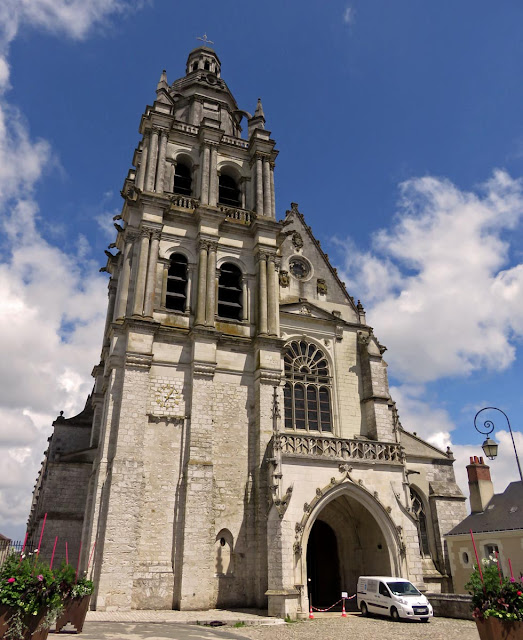 We just got an e-mail from our friend Sue. She's back in California, and she wanted us to know she had arrived home safely Thursday night — that would be Friday morning, French time — after leaving Saint-Aignan on Wednesday morning. She said she's pretty worn out. The time difference between California and France is nine hours, so at 10 p.m. on one day in California it's already 7 a.m. the next day in France.

So Sue is my guest blogger today. I'm writing the text, but Sue took the photos last Monday up in Blois, the biggest town in our département and an old royal city. We made the 50-mile round trip to do some shopping and see some sights. The one I'll start with is the cathedral. 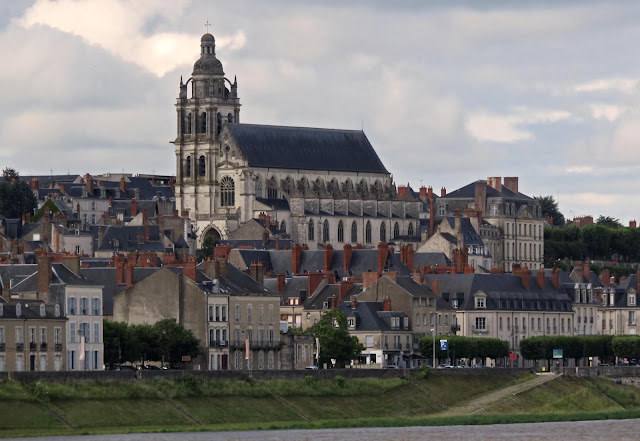 I actually forgot to take my camera that afternoon, but Sue had hers. It's a Canon SX700 HS. Because I didn't have my  camera with me, I got to look around unencumbered, with my bare eyes. I hadn't been sightseeing in Blois in quite a long time, and I enjoyed it. I asked Sue for permission to post some of her photos and she said yes. 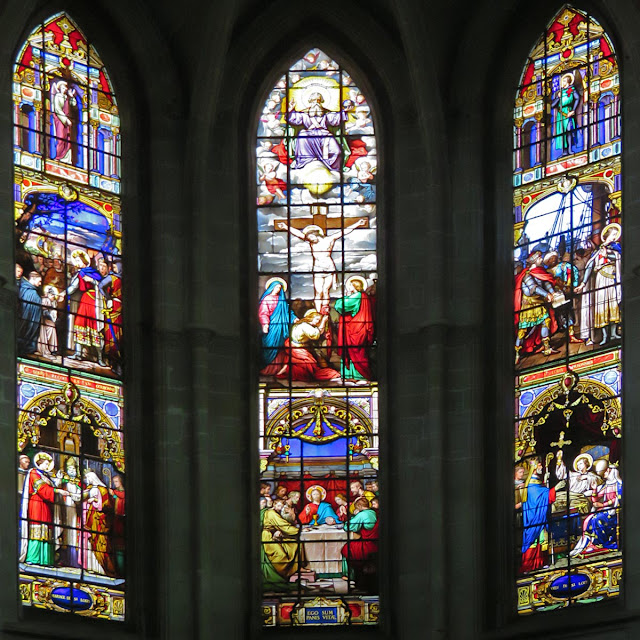 Blois is a small city with a population of just 46,000. The urban area of which it is the center is home to about 125,000 people. The cities of Tours to the west and Orléans to the east are both three or four times bigger. 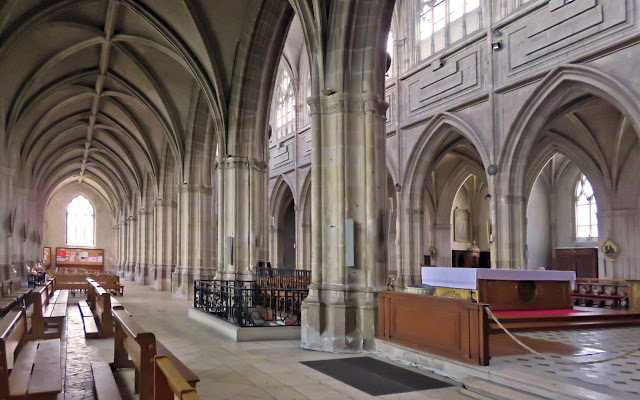 It was in 1498 that the French royal court moved to Blois. King Charles VIII was killed in an accident at the Château d'Amboise, and his cousin Louis XII inherited the throne. Louis lived in Blois (despite the fact that he was the duke of Orléans). Still, the Cadogan guidebook for the Loire says that Blois "seems like a modest provincial town." And it does.

The same guidebook says that the original church in Blois had stood on this site for centuries, but much of the building was destroyed by "a hurricane" in 1678. The existing building was put up in the late 1600s, then, during the reign of Louis XIV, and is dedicated to saint Louis. The cathedral's crypt, which was not destroyed in the storm, is said to date back as far as the year 1000.
Posted by Ken Broadhurst at 07:00