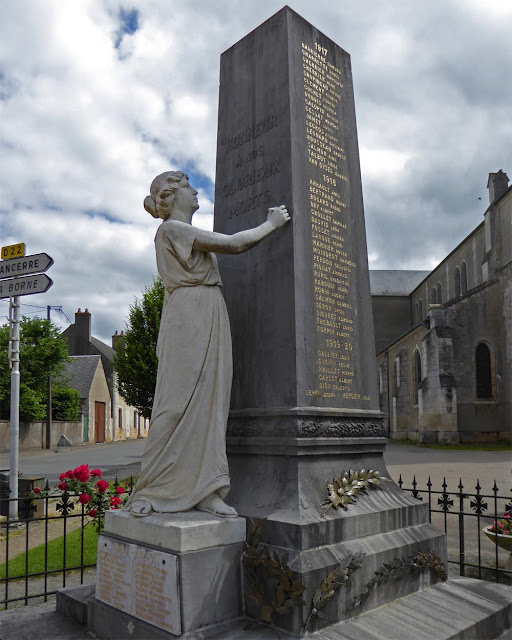 Henrichemont (pop. 1,8000) is a town that was created from scratch in 1609 by the Duc de Sully, who was French king Henri IV's close friend and finance minister. It's located about 55 miles (90 km) east of Saint-Aignan, near the wine town of Sancerre. The docent at a museum in the village of La Borne, just a couple of miles from Henrichemont told me the story of the place. Some of the time he spoke English, but most of the time he spoke French.

To the left is the Monument aux Morts (war memorial) in front of the church in Henrichemont. The façade of the church, built in 1867 according to the priest we talked to, is the last photo in this post. 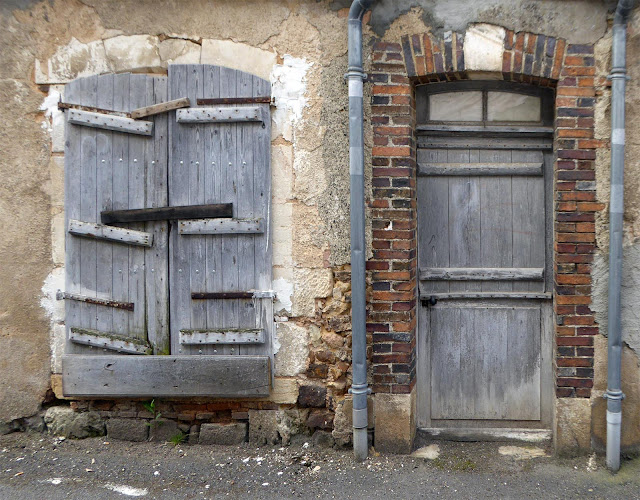 Henrichemont and La Borne both lie within the boundaries of an ancient principauté (principality) that was completely independent of the French monarch and the duke of the neighboring Berry province, a royal territory, until about the time of the 1789 French revolution. It was called la principauté de Boisbelle, and its origins remain obscure. However, it is known to have been well established as early as the 1200s. 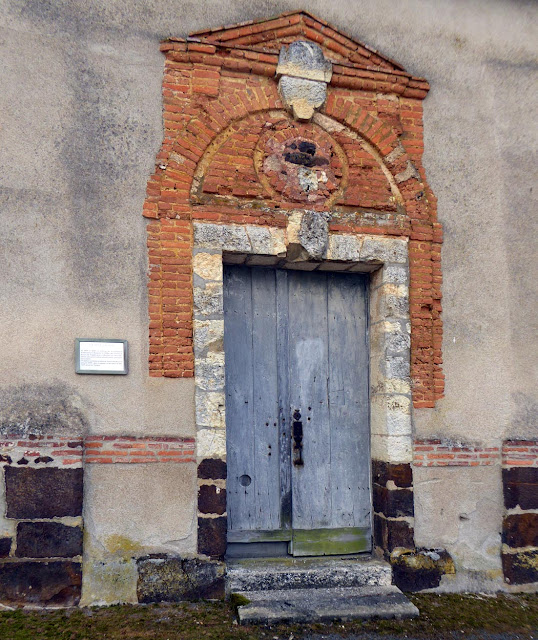 Since Boisbelle owed no loyalty or tribute to the king of France, its people paid no taxes and were free to own property rather than "lease" it from the monarchy. The principality could also mint its own coinage. It existed outside the French feudal economic structure. The only tax imposed on Boisbelle's residents was la dîme — the tithe — paid to the Catholic Church.

To the left is the main door of the old mint in Henrichemont. 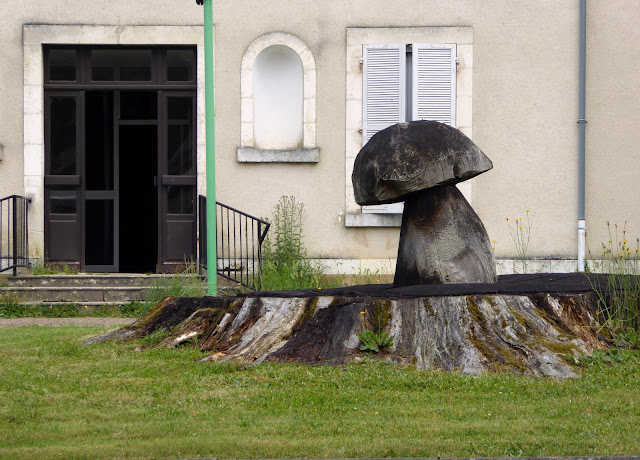 Toward the end of king Henri IV's reign (1589-1610), the wealthy and powerful Duc de Sully purchased the principality of Boisbelle with the aim of building a new town in the area that he would call Henrichemont, in honor of king Henri. Streets were laid out in a star pattern (like the spokes of a wheel) in about 1609, and many wealthy Parisians said they would build fine houses and mansions in Henrichemont to get the new town going. 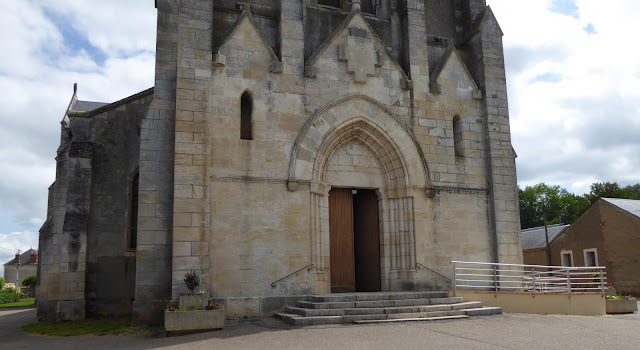 In the new town located in the principality, these wealthy Parisians would be exempt from paying high taxes to the monarchy. Then disaster struck. King Henri, a Protestant who had converted to Catholicism in order to "qualify" as King (Paris vaut bien une messe, he supposedly said), was assassinated in 1610 in central Paris by a Catholic fanatic. His minister Sully quickly fell from grace and power with the royalty. The wealthy Parisians decided not to build grand houses in Henrichemont after all, and instead of having a brilliant birth the "new town" was mort-né (stillborn).
Posted by Ken Broadhurst at 07:20