Back to Blois, and soon 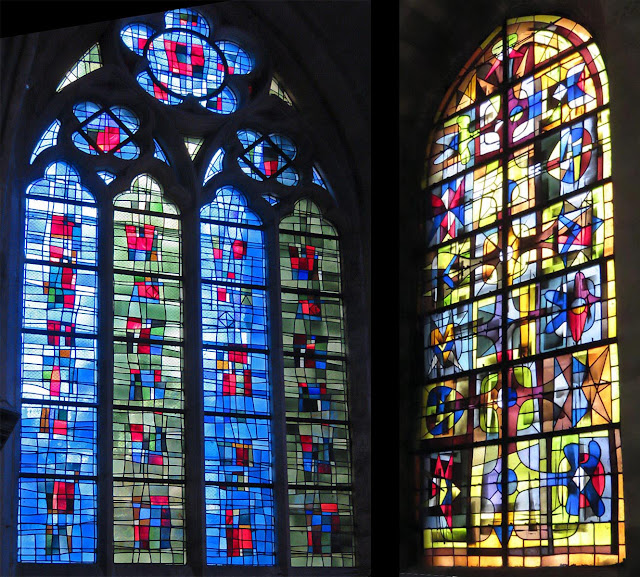 Looking at my friend Sue's photos, I realize I need to go back to Blois, and very soon. When we were there last week, I tried to park the Peugeot near the Eglise Saint-Nicolas so we could go inside and have a look around. 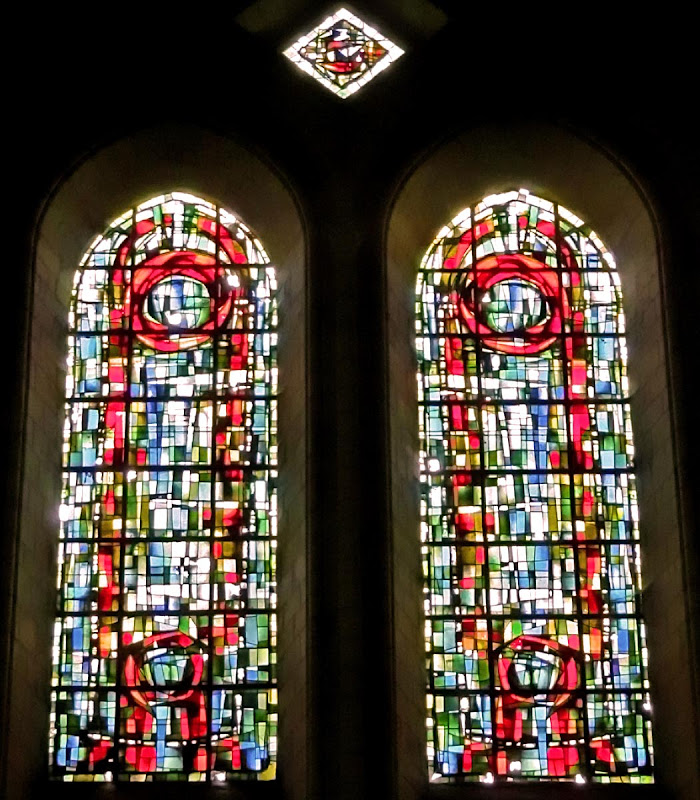 I couldn't find a parking space. Time was short. Sue was leaving to return to California the next day. This was her chance to see the interior of this grand church building. I'd never been inside before, but I could wait. And wait I did, with the car, which was parked illegally, but not impeding the flow of traffic. Sue went into the church for a few minutes to take some pictures. 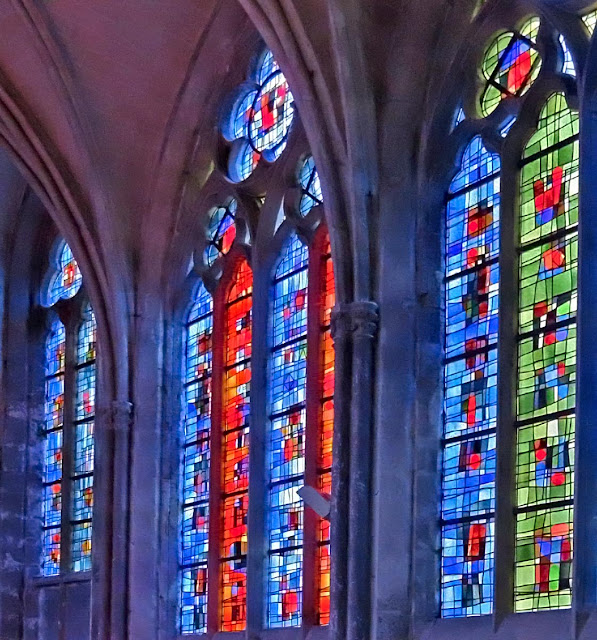 I admit I did quickly duck into the church and look around for about two minutes. I thought that glance would put Sue's photos into some kind of architectural or cultural context. It did that. But now I want to see — and take photos of — more of the windows in the church. CHM tells me that a lot of them were done by maître-verrier Max Ingrand after the Second World War. 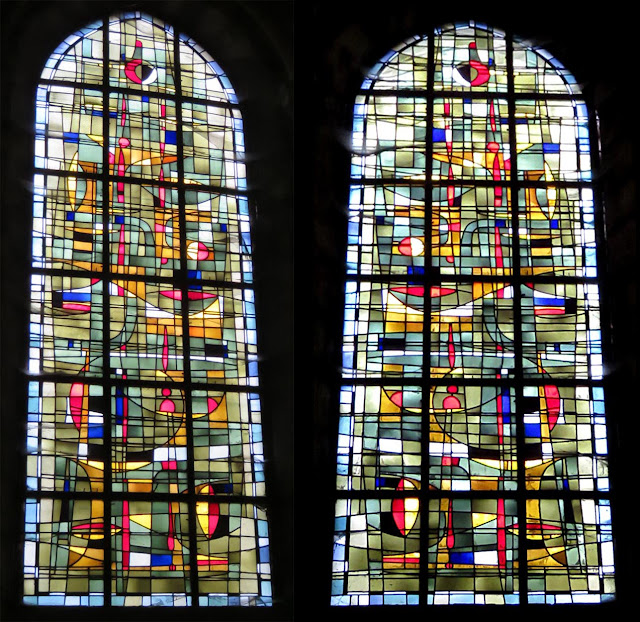 I will need a clear, sunny day. That makes the interior of the church light enough so that the camera can capture good images. And it makes the stained-glass luminous. I want to take photos of more of the church's windows. These and others replaced 19th century windows that were blown out when a bomb landed near the church in 1940. (I wonder what windows were there before the 19th century...) 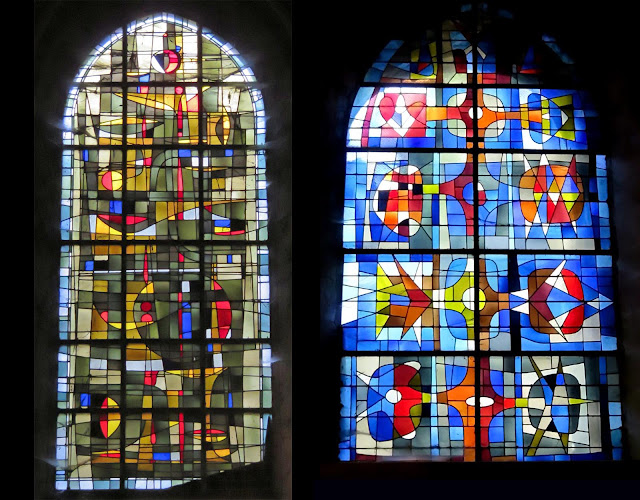 That's what I love about living here. Walt and I moved to Saint-Aignan 15 years ago. Sometimes I get the impression I've seen everything there is to see here in the Loire Valley, and often more than once. And then I suddenly realize that I've hardly started exploring at all. That realization keeps me wide-eyed.
Posted by Ken Broadhurst at 06:30