Getting Sue back to the airport

When our friend Sue told us a few months ago that she wanted to come spend two weeks with us in June, we realized that she would arrive in the middle of a long series of train strikes here in France. The strikes began in April and are still going on.

Note: the photos here are ones I took in April 2006 — 12 years ago, when we were all younger — on Sue's previous arrival in France, for a three-month visit. That time, Walt and I were in Paris, finishing up a week-long stay in the city, when she flew in. We met her at the airport and we all three took the train together back to Saint-Aignan. 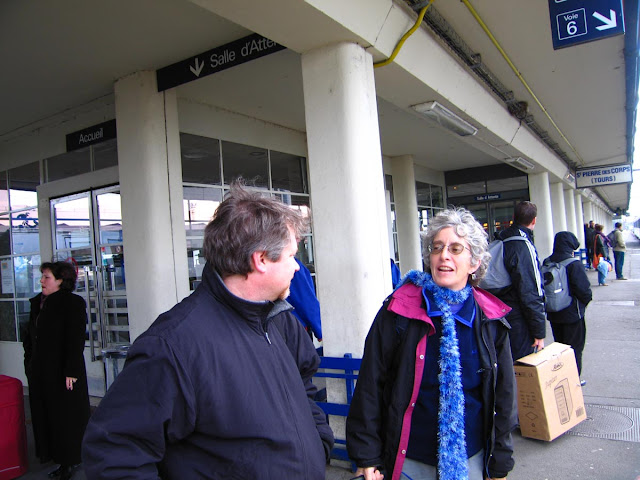 The labor unions published a calendar earlier this spring showing which days would be strike days, and on which days the trains would be running normally. The easiest way by far to get to Saint-Aignan from Paris CDG airport is to take the direct high-speed train that drops you off at the Tours TGV station. There you can get a local train that brings you to Saint-Aignan or, if there isn't a good correction, we can go by car to pick up the arriving guest.

The TGV from the airport, which is a few miles northeast of Paris, takes about 1½ hours to get to Tours. The local train on to Saint-Aignan takes another 40 minutes. For us, the round-trip drive to Paris airport and back takes anywhere from 7 hours (with no traffic, which is something you can't count on) to 10 hours (if there's heavy traffic around Paris, an often there is). Saint-Aignan is located about 150 miles southwest of Paris. 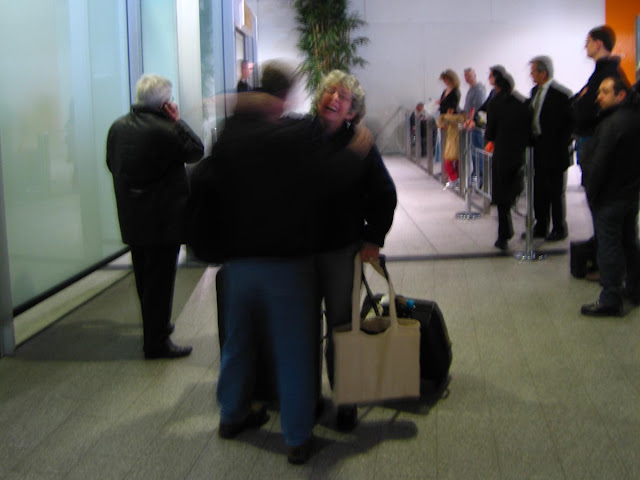 Sue had already arranged her flights before this year's train-strike calendar was published. It turned out that her arrival day was a day on which trains were running normally. Her plane landed at 9:00 a.m. and she got on the TGV train at the airport at 11:20. I picked her up in Tours at 1:00 p.m. The drive to Tours one-way takes a little less than an hour. No problem. It all went smoothly.


Yesterday was a strike day, and Sue need to get to the airport yesterday afternoon. For the past week or so, we'd been checking the SNCF — that's the French national railway — web site daily to see if we could determine what trains would be running from Tours to the airport opn June 13. Sue had a heavy suitcase, so she didn't relish the idea of having to change trains along the way. She needed a direct connection. 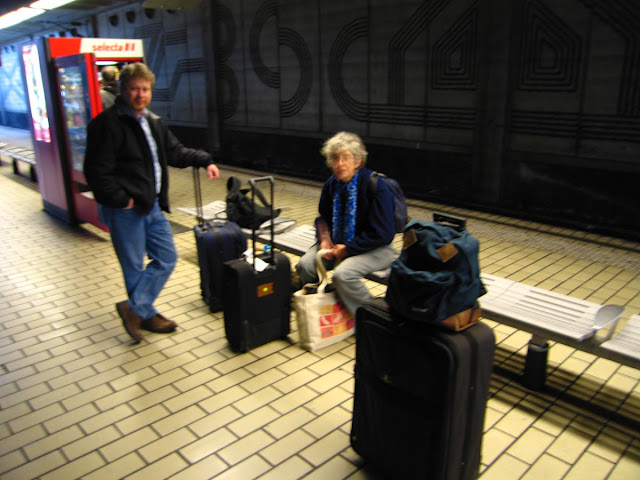 We never could find one. Walt and Sue even went over to our local train station one day to get information, but in vain. Finally, we gave up on the possibility that she'd be able to take the train from here to the airport on June 13. Meantime, we didn't relish the idea of driving for 10 hours to take her to the airport and then return home. And you can be sure that on a day when the trains are not running normally, there will be very heavy car traffic all around Paris...

This year, one place Walt wanted to see again, after not going there since 1982, was the Palace of Versailles. Sue said she would like to go to Versailles again too — her last visit to the palace and gardens there was in 1975 (with me). So to kill two birds with one stone, Walt figured he would drive Sue up to Versailles on the day of her departure, and then figure out how to get her to the airport by public transportation of some kind. 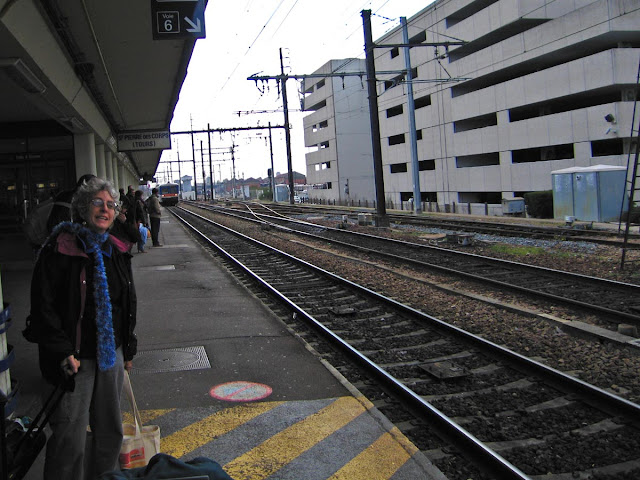 There's a little train station just a few miles south of Versailles where you can catch a regional RER train that normally runs underground directly through the center of Paris and takes you on to the airport without requiring any correspondances, or train changes. Sue wouldn't have to lug her heavy suitcase up and down stairs anywhere except at the airport, where there are escalators and elevators.


But a problem came up. Walt learned from the RER web site that because of the train strikes the train from the station near Versailles out to the airport would not be running directly yesterday. The ride would require passengers to get off the train at the Gare du Nord in central Paris and board a different train for the trip out to the airport. That would mean hauling baggage off one train and onto another, with the possibility of having to climb up or down stairs. That was a no-go. 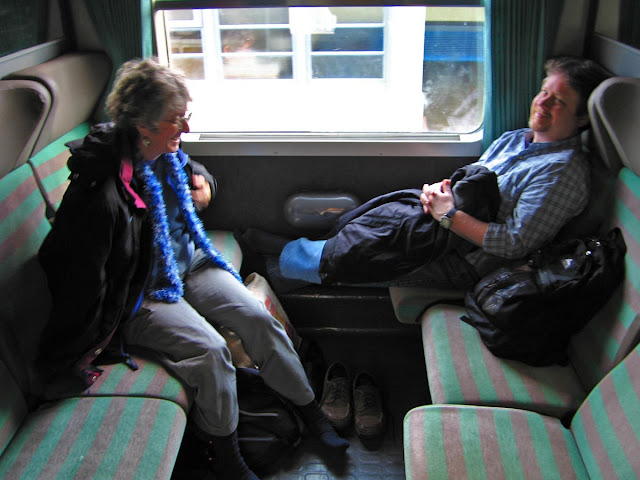 The other option was for Walt to drop Sue at Orly Airport, just 30 minutes from Versailles and on the same side (south) of Paris. There, for 22 euros, Sue could get a bus that would take her directly to CDG airport, where she had a hotel room reserved. Her plane leaves today at noon. 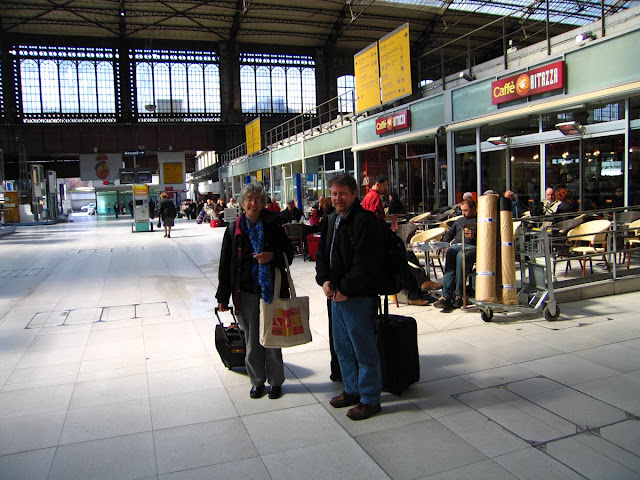 And it worked, with some complications. Walt couldn't find a legal parking space at Orly — all the parking garages were closed because of construction work. He had to leave Sue at a bus stop and hope that the bus would show up as scheduled. We talked to her on the phone last night and she confirmed that everything had worked out fine. She was in her hotel room at CDG. Travel is pretty complicated these days, especially when there are strikes.
Posted by Ken Broadhurst at 07:03