As you can imagine, with Sue's arrival on Thursday afternoon we were pretty busy all day yesterday. It was a good busy-ness — we didn't go anywhere in the car, we just took our two daily walks with the dog and we spent the day reminiscing, making plans for the next two weeks, and eating of course. Today, Sue and I are going to drive over to see a couple of villages in the nearby Sologne region, 90 minutes from here. One is called Henrichemont and was built as planned city in the early 17th century. The other is a tiny village called La Borne which is known for the ceramics produced there by well-known potters. More about all that tomorrow... 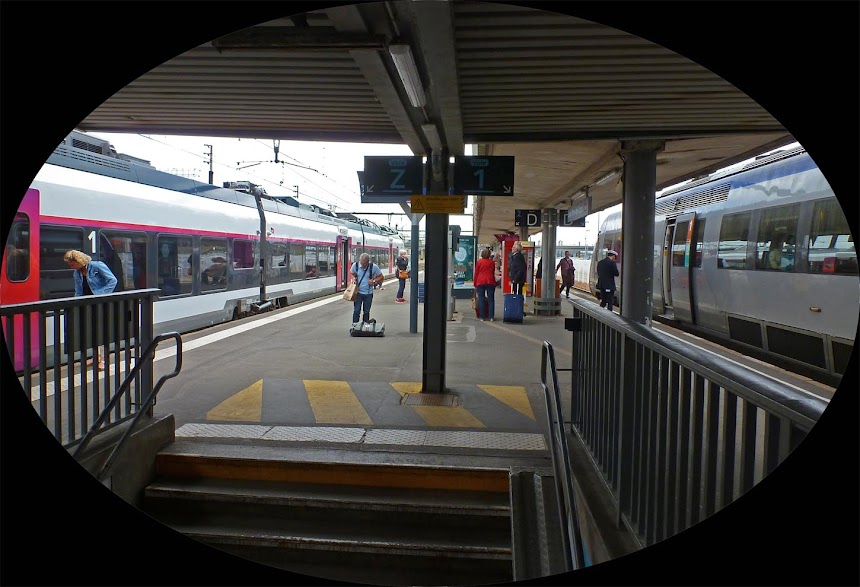 
When I went to "collect" Sue at the Saint-Pierre-des-Corps train station over near Tours on Thursday, I took my camera because I hoped to get a candid photo of her as she got off the train and walked along the station platform. But I didn't see her there and at first I thought she might have missed the train. Then I found her already in the lobby of the station. Here, above and below, are a couple of photos I did take. 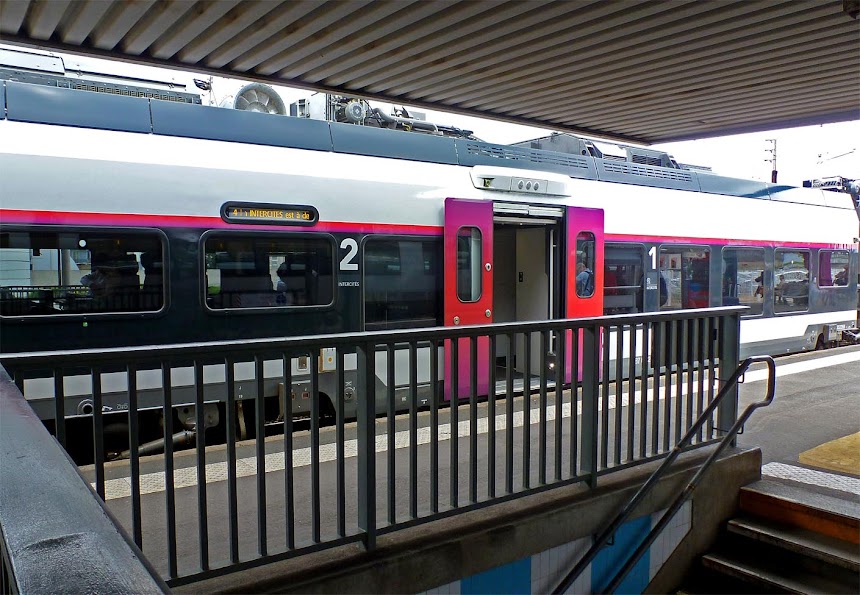 ...your carriage is waiting.


And a couple of days ago I mentioned the headboard and footboard of the bed in our guest room, where Sue is sleeping. I want to show what the wood looks like. The headboard looks the same but is taller.

Walt and I refinished this bed in my mother's garage one weekend back in 1984 or '85 when we drove down to spend a few days in North Carolina, and then my mother gave the bed to Walt as a gift. She had bought it at a garage or estate sale for five dollars. We were living in Washington DC back then, and I was working with CHM. 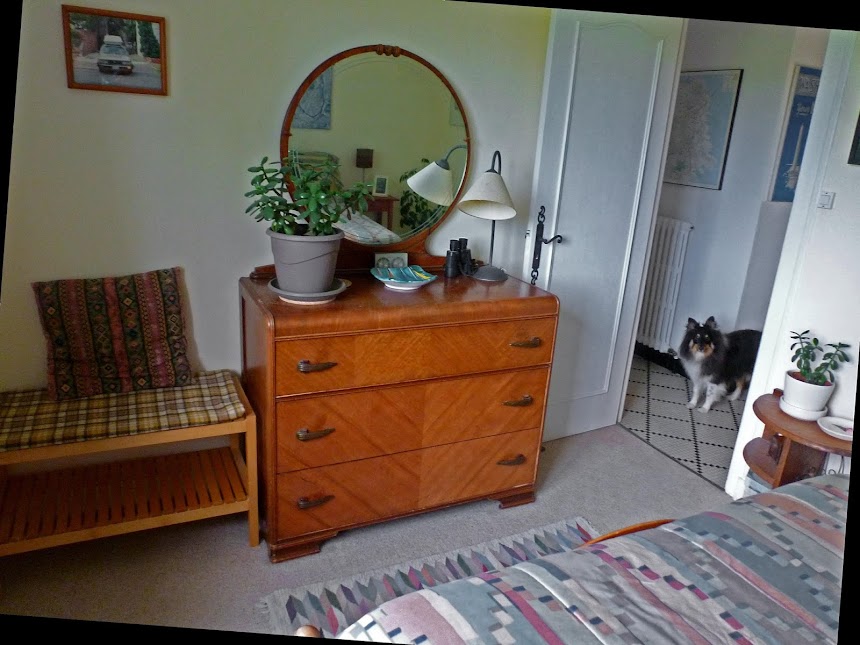 We bought several pieces of furniture in second-hand and antique stores in Washington and northern Virginia back then, and we still have all or most of them. We were living in a two-bedroom flat on Capitol Hill, and neither of us had any furniture when we moved in. Walt had sold his furniture before going to spend a year in Paris in 1981, and both of us had moved back to the States from Paris in 1982. The dresser in the photo above, now in our guest room, is one piece that I bought back then in a brocante in Alexandria, Virginia, in about 1984. We moved furniture to California in 1986 and then to Saint-Aignan in 2003.
Posted by Ken Broadhurst at 06:50