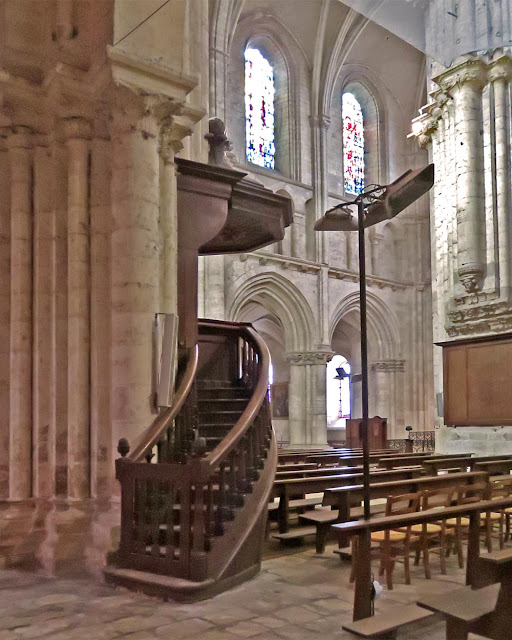 These are the last of friend Sue's photos of Blois that I plan to post. In future posts, I might show another photo or two taken by Sue on other days and in other places, because some of hers came out so much better than mine did. I want to thank her again for letting me post her photos. Here's one of the pulpit in the Eglise St-Nicolas in Blois. 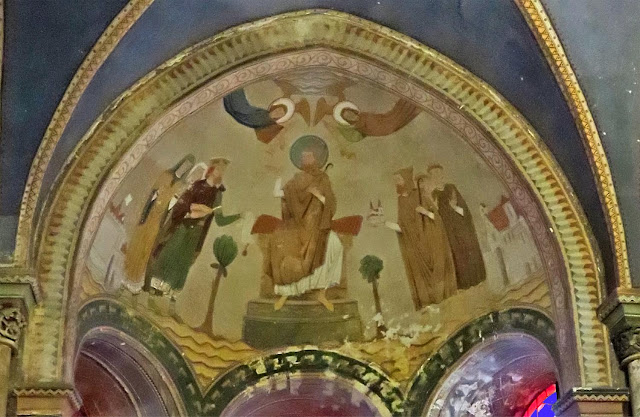 I like the soft focus of this image showing a wall painting inside St-Nicolas. As I've said, I want to go back to Blois soon, on a sunny day, and take more photos of the interior of the church, including more of the stained-glass windows. That gives me a sightseeing project to look forward to. 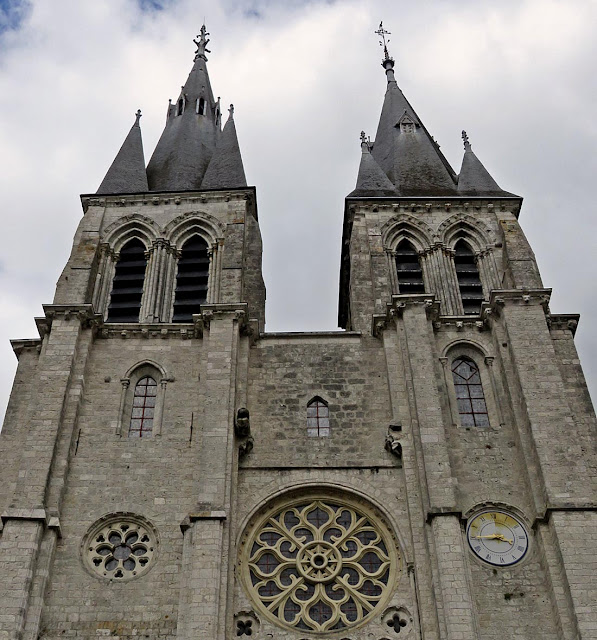 Describing the St-Nicolas church, the author of the Cadogan Loire guide writes that the building "has retained its medieval grandeur, even if it looks a bit grim in parts... Impressive Romanesque and early Gothic features give the church fine credentials... The building you now see was begun in 1138, construction going from east to west." The photo here shows the west façade. The spires that cap the old church towers were added only in the 19th century. The great cathedral at Chartres, to the north, had a strong influence on the original builders of St-Nicolas. 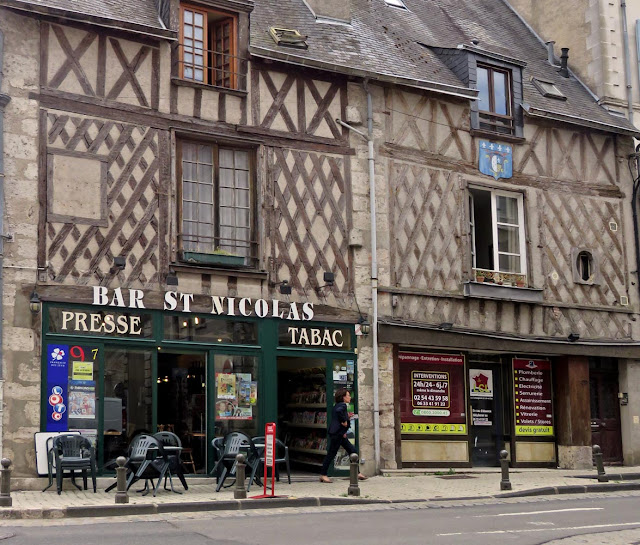 Facing the west front of the church are the half-timbered buildings in the photo on the left. There are many old buildings of this style style standing in Blois and other Loire Valley towns and villages, including at least two in Saint-Aignan and two in Montrichard.

Finally, here's one more of Sue's panoramic shots of the town of Blois as seen from the "left bank" — the south side — of the Loire River. From left to right, you can see the newer part of the Château de Blois; l'Eglise St-Nicolas; the old center of town with the cathedral above it; the Pont Jacques-Gabriel that links the north and south sections of the town; and some more modern buildings that stand on the east side of Blois. Enlarge the photo by clicking or tapping on it and scrolling it horizontally to see more detail.
Posted by Ken Broadhurst at 06:30