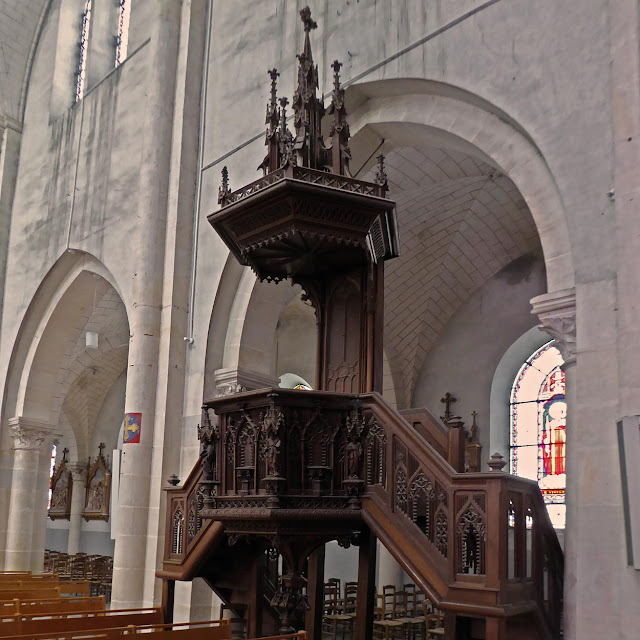 We of course stopped in to look at the church in Henrichemont on Saturday morning. We had walked around the village for a few minutes, basically waiting for restaurants to open so that we could get some lunch. We planned to spend the afternoon visiting a series of pottery and ceramics shops and workshops in nearby La Borne.


The 19th-century gothic-style pulpit (chaire) in the church was impressive. 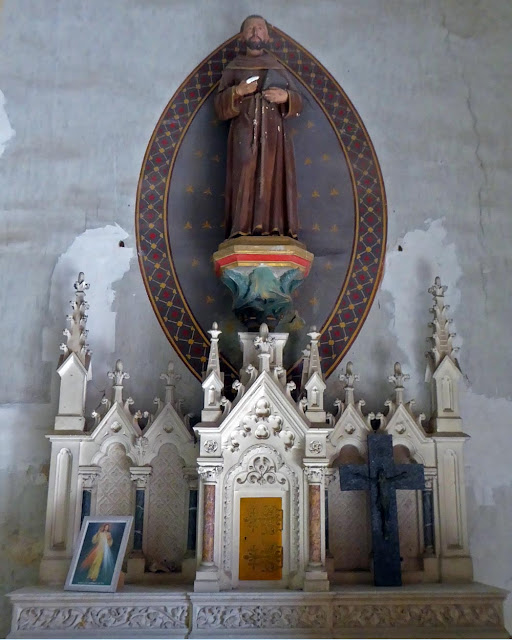 Here are some things I saw inside the church, which was built in the 1860s and is dedicated to saint Laurent (St. Lawrence). If these photos look slightly different from others I usually post, it's because I took my newer Panasonic camera on the trip to see how it would perform. I think the colors in these images are more muted than the colors I get out of my older cameras. I kind of like them.


As usual, you can enlarge the photos by clicking on them. 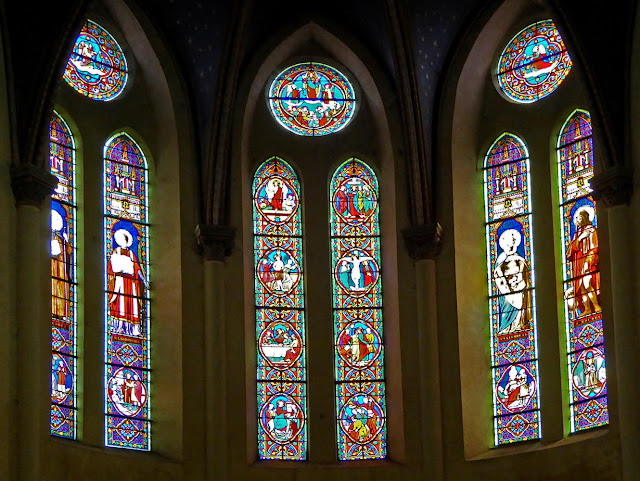 For our friend Sue, who last visited France in 2006, it was interesting to see a typical, not-prettied-up town like Henrichemont, and a typical French church as well. We spent 15 or 20 minutes taking photos inside. Visiting churches and taking photos in churches is not something people really do much in the U.S. 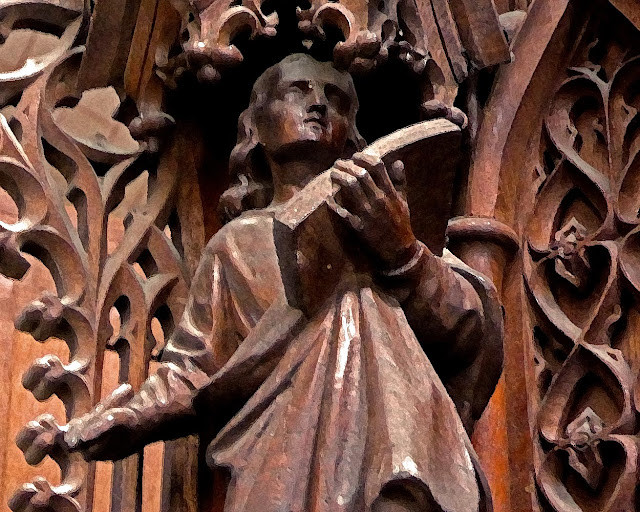 We weren't the only people in the church that morning. The priest was there too, showing two or three other people around. We talked to him for a few minutes as we were leaving the building. He spoke good English, and he told us that he had spent 20 years in Japan before coming to Henrichemont. He also told us where we could get a good lunch in town — there's only one restaurant!

This is a detail from the church pulpit. 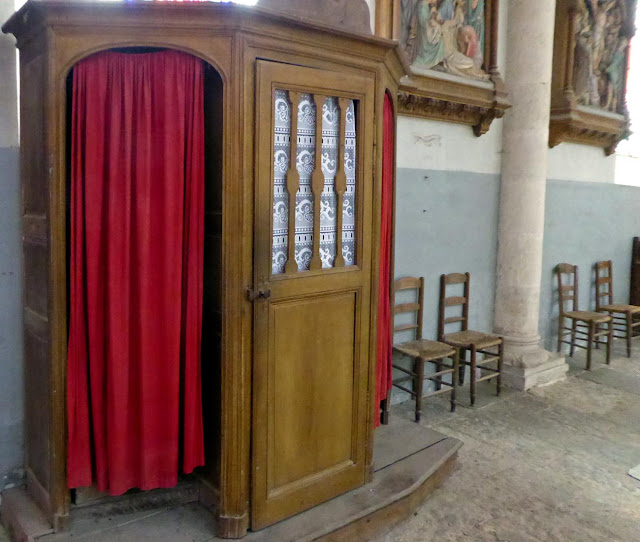 That was one of the nicest things about our day in the Henrichemont-La Borne area. People — the priest, the staff of the restaurant where we did have a good lunch, and all the potters and clerks in the shops and workshops of La Borne — were unfailingly friendly, helpful, and talkative. It was fun and very relaxed. We felt welcomed everywhere we went.
Posted by Ken Broadhurst at 07:05