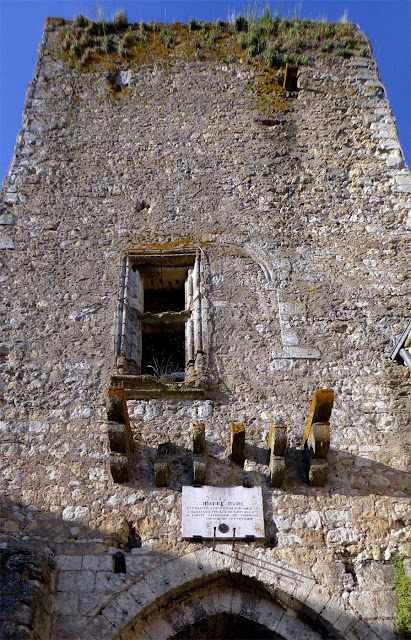 Here's how the Cadogan Loire guidebook describes Mennetou-sur-Cher. It is “...a meagre slice of a medieval town, its crooked houses and cobbled streets encircled by run-down ramparts now sadly sandwiched between a railway line and a main road.” On the left is the south gate to the town, described below. The plaque over the gateway, seen in both these photos, might help you tie together the two photos I took earlier in June. See also this old photo. The plaque commemorates the time Joan of Arc came to Mennetou in 1429. 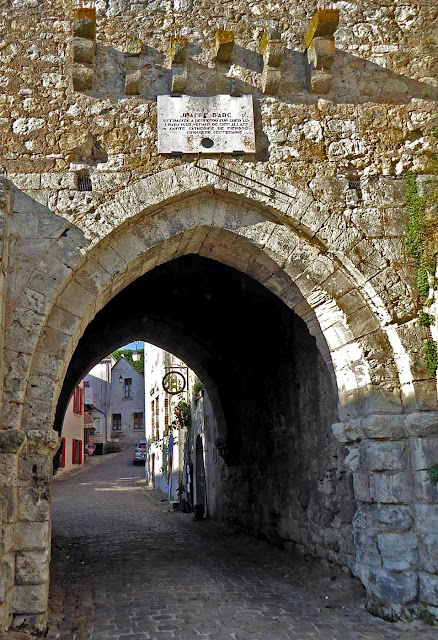 “In the Middle Ages, the Cher river ran just past the Gateway known as La Porte d'en Bas...” That would be roughly along the presend-day route of what is now a main east-west road that carries a lot of car traffic and quite a few big trucks.When you walk under the arches, there's a definite feeling of peace and quiet on the other side. 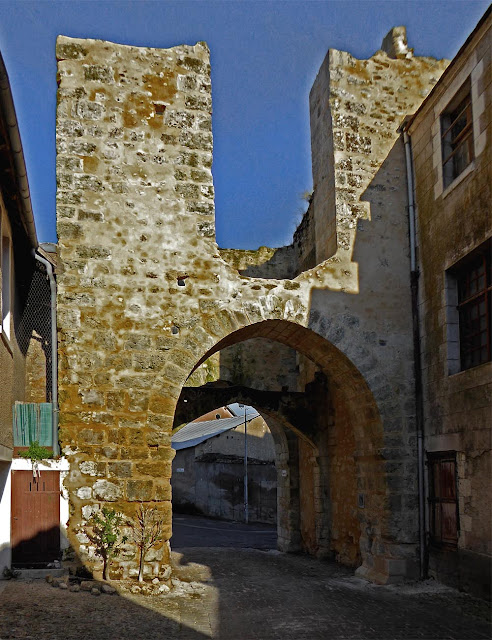 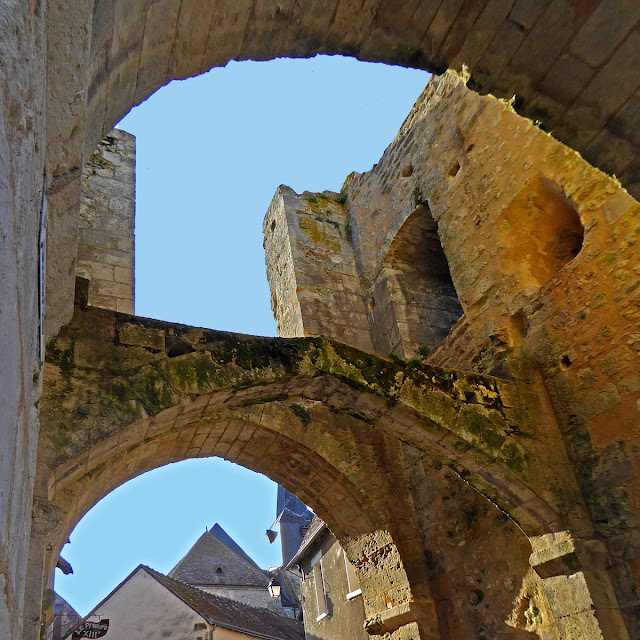 The one on the above and on the right, the eastern gate, is named La Porte Bonne-Nouvelle — "the good news gate" — and it leads you to the town's church, which is all that remains of an ancient Benedictine priory at Mennetou. The Gothic-style church is called St-Urbain. 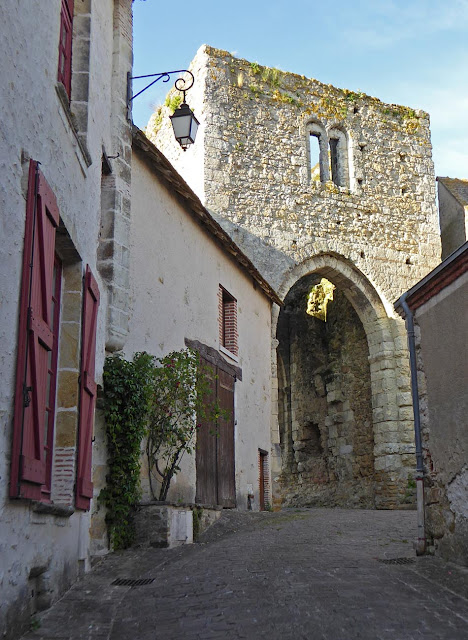 The town's north gate, the third one that survives, opens almost directly onto railroad tracks. The train line runs from Tours to Vierzon and on to Bourges and Lyon, with a stop at Saint-Aignan. It carries both passenger and freight trains. The freight trains run mostly at night, and they must make Mennetou-sur-Cher pretty noisy for people trying to get a good night's sleep. See this ten-year-old photo of the gate from the other side.