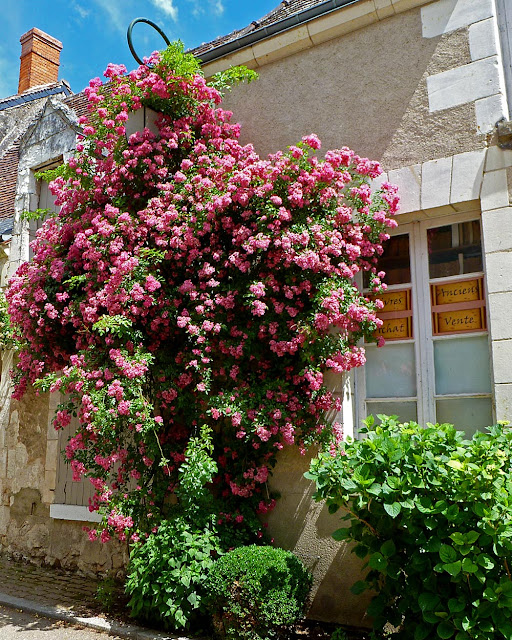 Sue and I drove over to the rose-festival village of Chédigny yesterday afternoon. It's just 30 km southeast of downtown Tours, 25 km east of Saint-Aignan, and 10 km north of Loches. In other words, it's easy to get to. The rose festival weekend was in late May — two weeks ago — and the roses might have peaked back then, but the town is still very pretty.


The weather forecast wasn't good, but the sun stayed out and it felt hot all the time we were in Chédigny. Rains came late in the afternoon, just as we were getting back home. There was a frog-strangling downpour, and we collected nearly an inch (21 mm) in the rain gauge in not much more than half an hour! 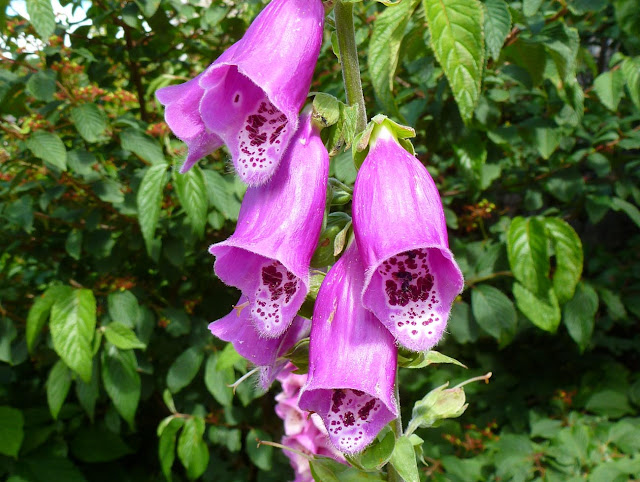 At Chédigny, I was able to park the car right at the bottom of the main street, which is only about three blocks (250 meters) long. There were enough people on the street when we arrived early in the afternoon so that the town didn't feel like some abandoned museum piece. The big restaurant at the bottom of main street had a sign up saying Complet — Merci de votre compréhension. We weren't planning to eat lunch out anyway; we had just enjoyed Italian-style green beans, grilled eggplant slices, and grilled chicken at home. 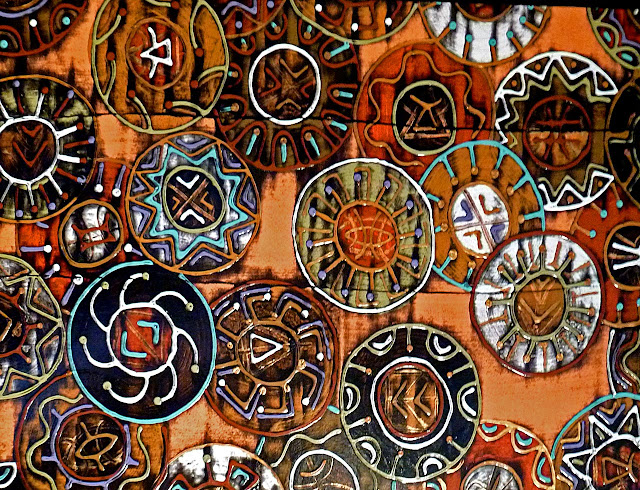 The first thing we did was take a few photos and then go look around in an artist's gallery. The gallery was the artist's house and back yard, with a lot of very colorful artwork in four or five rooms on two levels. The back yard was very green and featured three or four big metal sculptures of birds, bugs, and mammals. 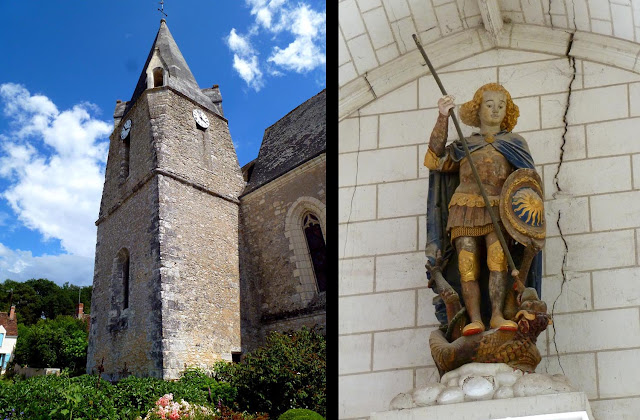 Then we went to see the church, which in size, style, and atmosphere reminds me of the church in our own village near Saint-Aignan. It was very hot outside, and there was a place where we could buy an ice-cold bottle of mineral water to quench our thirst. Then we wandered, more or less separately, up the main street, taking photos. 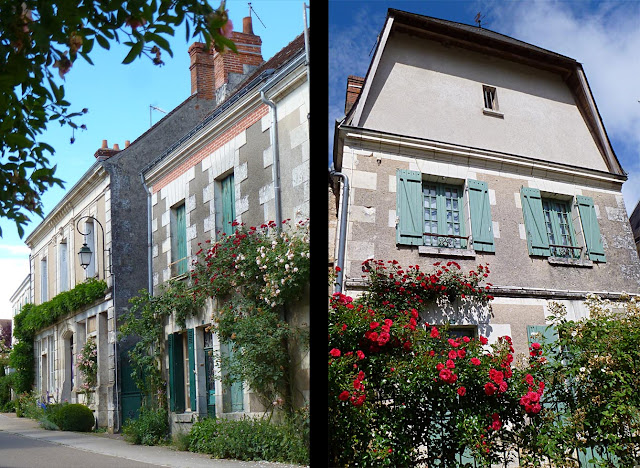 At one point, I sat down on a bench in the shade to rest for a few minutes. I guess the dermatology procedure has left me slightly tired, and I don't do well in very hot weather anyway. A man not much younger than I am was walking by and, to my surprise, started talking to me. Quand je regarde tout ça, he said, waving his hand at the houses and flowers along the street, je me dis, qu'est-ce que je me fais chier à Paris !

By the way, the house on the left with the big, bright red roses in front is for sale. The price is 85,000 euros. A steal. 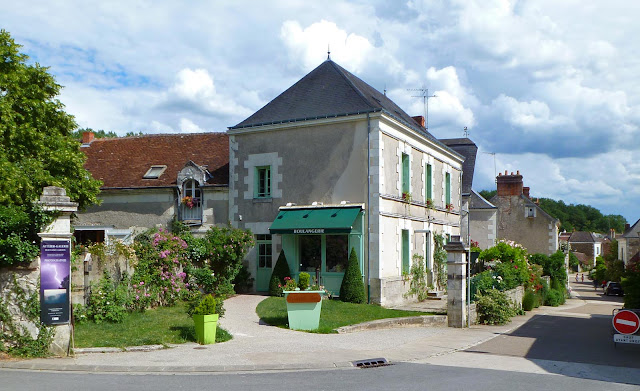 I told the man in French that I live here and that I am American. He asked: In this village? No, I said, in Saint-Aignan, near the Beauval zoological park. Everybody knows that attraction now. I told him that the region can seem less welcoming and not so charming in wintertime, which can seem to last an eternity. But even in winter it's often pleasant. The man's wife walked up, and she asked me where I came from in America. 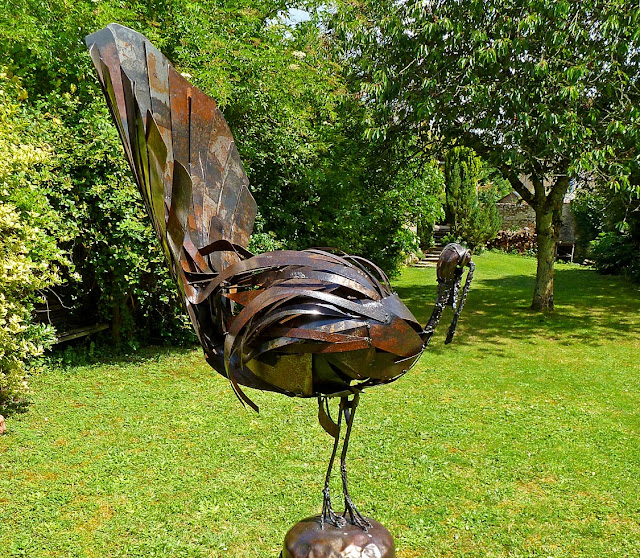 I lived in California for more than 15 years before coming to live in France, I told her. North or south, they wanted to know. San Francisco, I said. Oh, we flew to San Francisco a few years ago and drove down the coast to Los Angeles. It was so beautiful, they said, especially Santa Barbara. But the highlight for them was a trip to Moab and Monument Valley in Utah. Those places were just spectacular. The man spoke English, because as we parted company, he said something like "Have a nice day!"
Posted by Ken Broadhurst at 07:06