Here are some more of my friend Sue's photos of Blois scenes. Behind the cathedral there, there's an elevated terrace from which you have panoramic views of the rooftops of the town, the old bridge, and the Loire River. 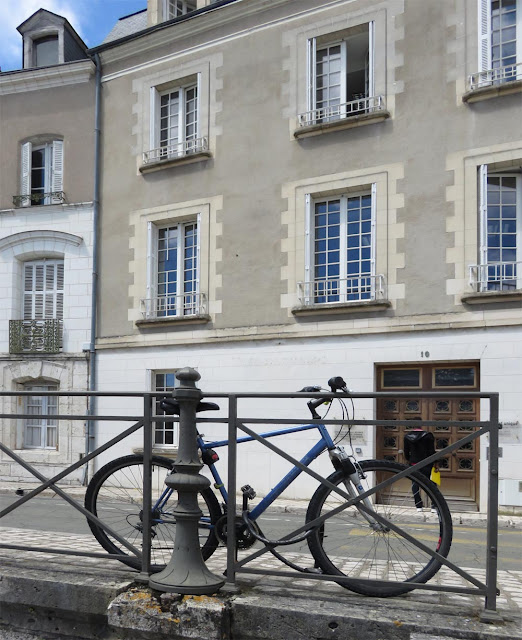 One of the first things we saw after parking the car was the scene above. "I love bicycles," Sue exclaimed. They certainly are picturesque parked on the street like this. I wonder if the person standing in front of the door of that building was the one who parked it there. 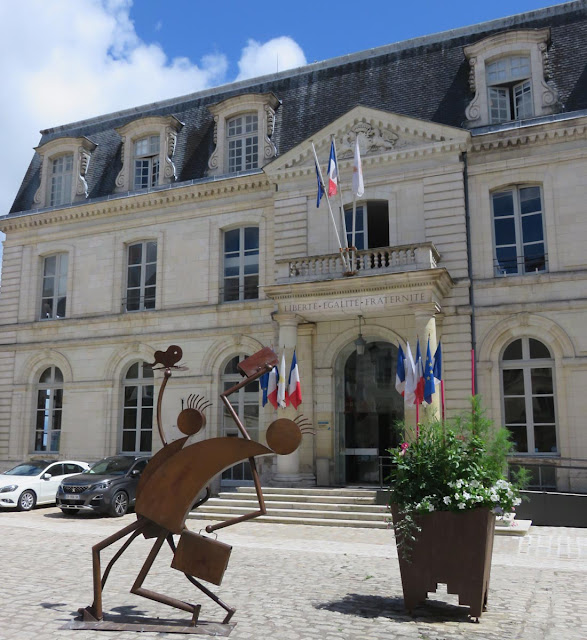 Right behind the cathedral, on the terrace, is Blois' Hôtel de Ville, or city hall. One of the major figures in the town's history was its longtime mayor, a man named Jack Lang. He was socialist president François Mitterrand's culture minister in the 1990s. Lang's policies transformed the town for the better. A huge housing project had been built on the north side of the old city center to house immigrants from all over the world. Wikipedia says that the housing project in Blois, called la ZUP (Zone à Urbaniser en Priorité) is one of the largest in France. Some 18,000 people — a third of the city's population — live there. 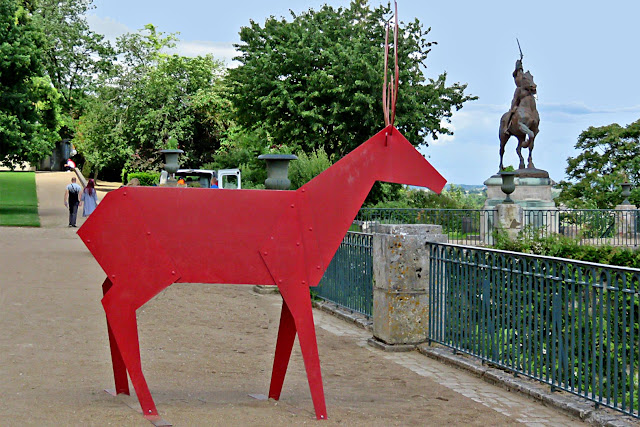 I'm not sure what the red deer on the left is supposed to represent. I guess it's just colorful street art. In the background is a statue of Joan of Arc, the legendary (or mythical) figure who saved France after it was invaded by the English in the Middle Ages. 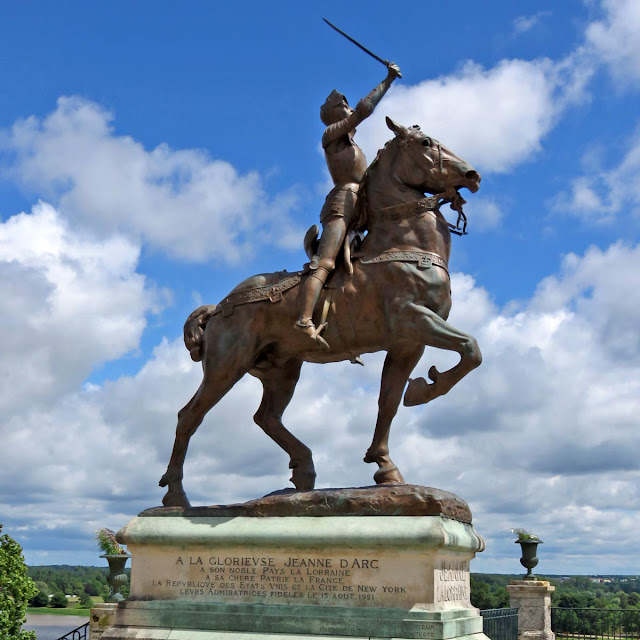 If you click on the image to enlarge it, you can read the inscription on the base of the Joan of Arc statue. It says:


“To glorious Joan of Arc,
her noble province, the Lorraine,
and her cherished country, France,
from the Republic of the United States
and the City of New York,
their faithful admirers
August 15, 1921”


There is a painting by my friend CHM's grandfather featuring a scene from Joan of Arc's life in the chapel of the Château de Blois. I photographed it and wrote about it in this 2009 blog post. 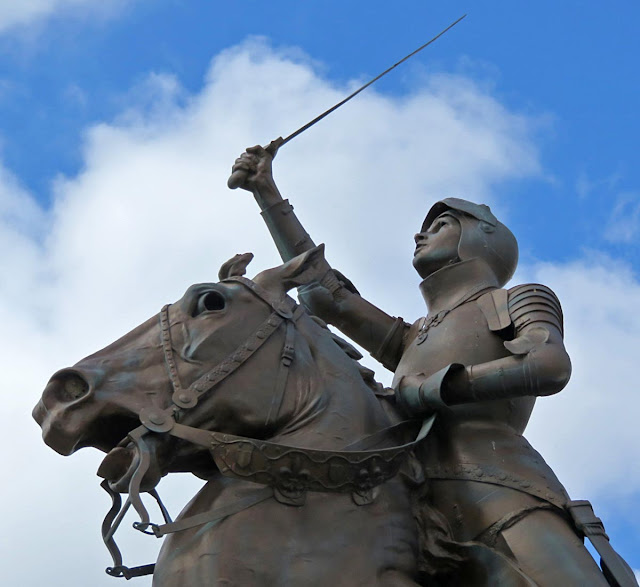 Joan of Arc is said to have saved the city of Orléans from the English in 1429 when the French king asked her to lead forces carrying supplies from Blois to the people of the besieged city. Joan was burned at the stake by the English in Rouen, in Normandy, in the year 1431, at the age of  19. She was accused of heresy by the Catholic church. She had been instrumental in rallying French forces and the monarchy against the English invaders.
Posted by Ken Broadhurst at 07:00