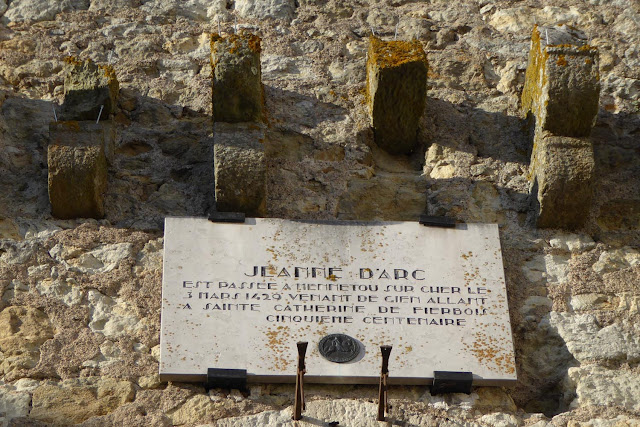 When I say "one last time," I'm sure it's not true in any absolute sense. I'll go there again, with pleasure, but for the blog this will be the final post about Mennetou in this series. 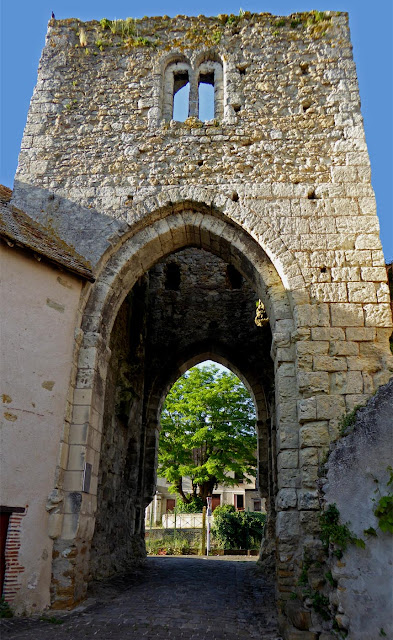 The plaque in the photo above was placed above Mennetou's main gate, La Porte d'En-Bas, on the 500th anniversary of a 1429 visit to the town by Joan of Arc. It says she was coming from the town of Gien, up on the Loire River, and headed to the village called Sainte-Catherine de Fierbois, south of Tours. She was just passing through on her way west toward the Touraine province, where the French court was based. I guess she never got a chance to return. Maybe she left by the Porte d'En-Haut (the upper gate), pictured on the left. 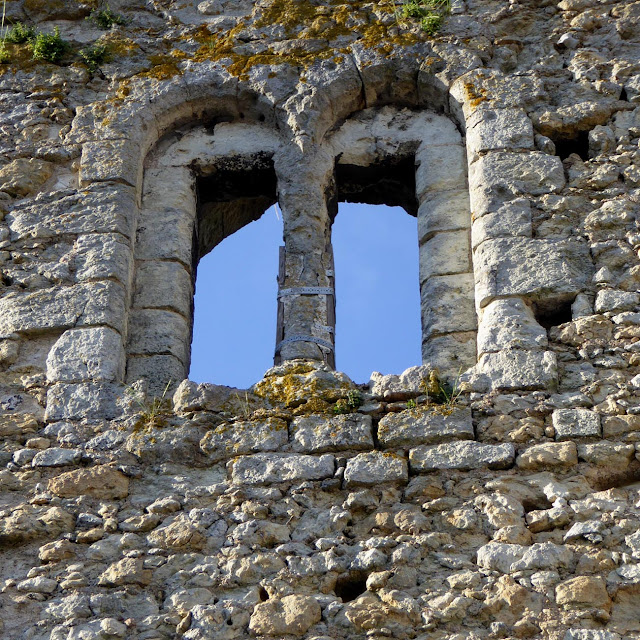 Here's a close-up of the windows in the upper gate. They're called baies géminées, "twin bays," I've learned, because they are double windows separated by a column. You learn something every day, I guess. 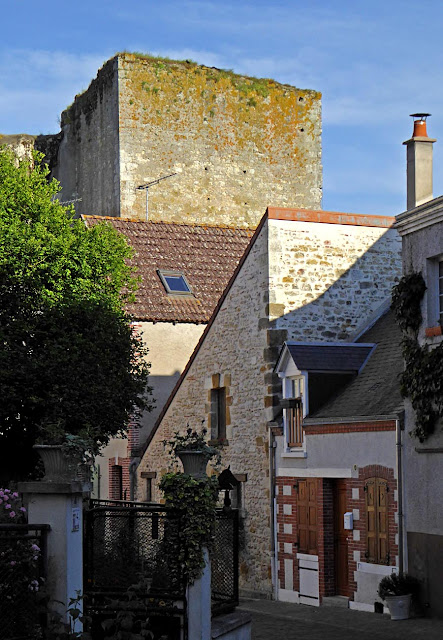 The town's lower or main gate, which leads out to the river, looms over the houses around it. The three gates that survive after all these centuries are all roofless. 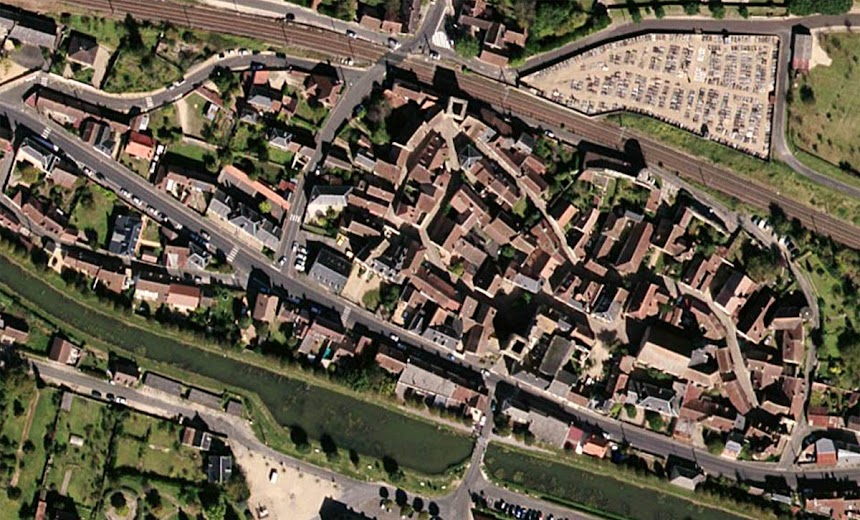 Here's a aerial view of the little town of Mennetou-sur-Cher. You can see how it is hemmed in by the chemin de fer (railway line) on the north side and by the main highway and the Canal de Berry on the south. And you can see both the Porte d'En-Haut on the north and the Porte d'En-Bas on the south. Both appear as square structures with black centers (no roof on either tower). To my eye, Mennetou is a town, not a village, even though it's very small. (Photo credit: geoportail.fr)
Posted by Ken Broadhurst at 07:00