I have more than 200 photos of pottery and houses in the potters' village of La Borne. My friend Sue and I drove over there in early June and spent an afternoon wandering around and taking pictures. The sheer number of photos is overwhelming, and I don't know what to do with them. I'll surely post some, but I don't know what I have to say about them. 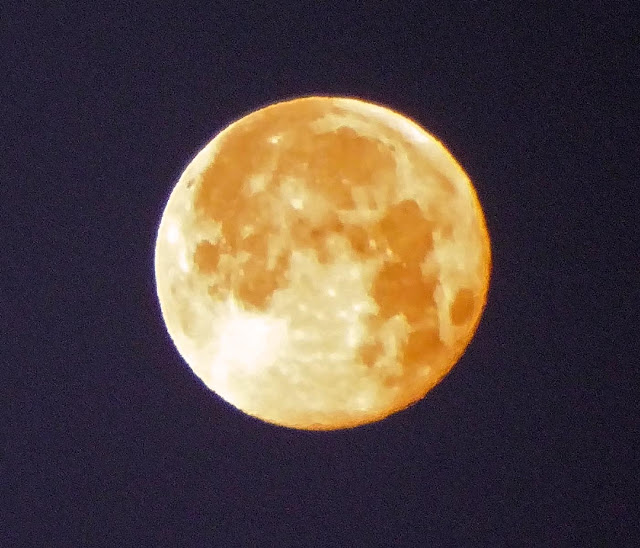 Meanwhile, the moon is spectacular again this morning. I tried to take some photos of it using my long-zoom (30x) camera, but the light was dim and I'm not sure I'm very happy with the result. Here's one anyway FWIW. 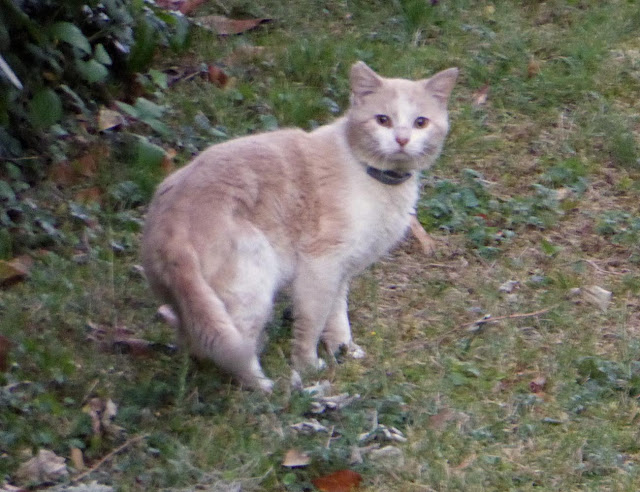 And as I was leaning out of the bedroom window to take photos of the moon, I thought I heard a cat meowing. It didn't sound like Bertie the black cat. And it wasn't. When I stopped looking at the camera screen, I saw the cat in this photo out in the yard. I thought it might be our neighbor's cat, which we (meaning Walt) took care of for a week about a month ago. But Walt looked at the photo and said he doesn't think it is the cat named Chana. So I have no idea where this cat came from, or where it went. 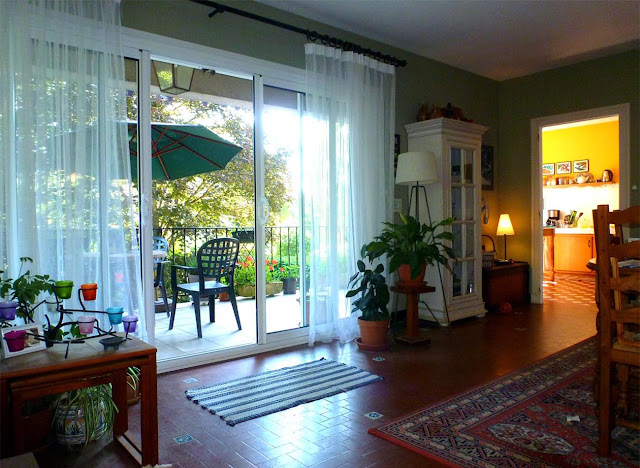 Yesterday I was messing with my camera and an SD card I was having trouble with. As a test, I snapped the shot above of our living/dining room, terrace, and kitchen. We are having very hot weather right now, at least by Saint-Aignan standards. Yesterday's high was about 28ºC (mid-80s in ºF) and this morning's low is above 18ºC (mid- to upper-60s in ºF). We are approaching official canicule (heatwave) temperatures. I'm not complaining because it's a dry heat, but it's supposed to turn stormy over the weekend. 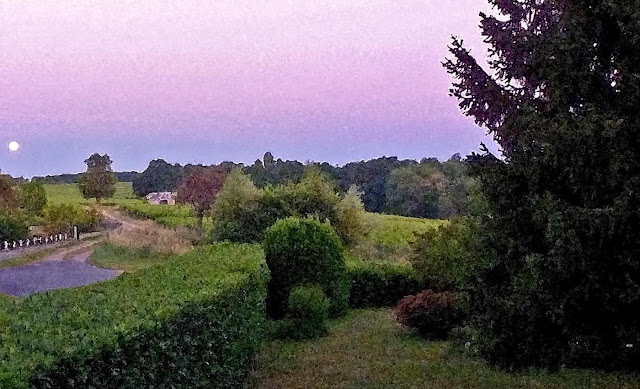 One last photo... A stylized view of yesterday morning's "moonset" — based on the photo I posted yesterday.
Posted by Ken Broadhurst at 07:00