I keep waiting for this post about La Borne to write itself. I'm not sure what to start with, which angle, which point of view. The village, in the Berry province of central France, near Bourges and Sancerre, and about 90 minutes east of Saint-Aignan, is home to fewer than 200 people. Apparently, a third of them are potters. 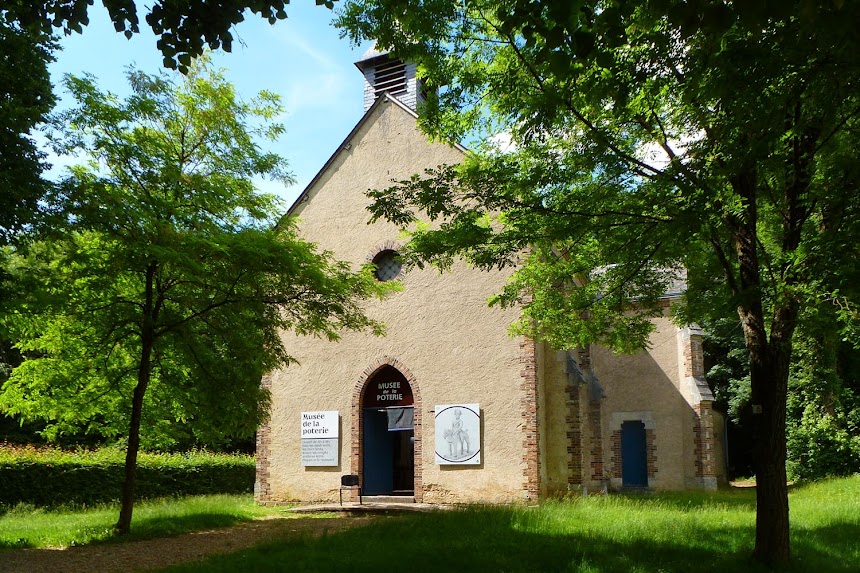 One of the places I enjoyed seeing in La Borne was the Musée de la Poterie (above). It's in a little chapel. The man who was in charge of the place the day we were there was talkative in a good way and very interesting. He spoke pretty good English, but switched back to French when he got enthusiastic about his subject. 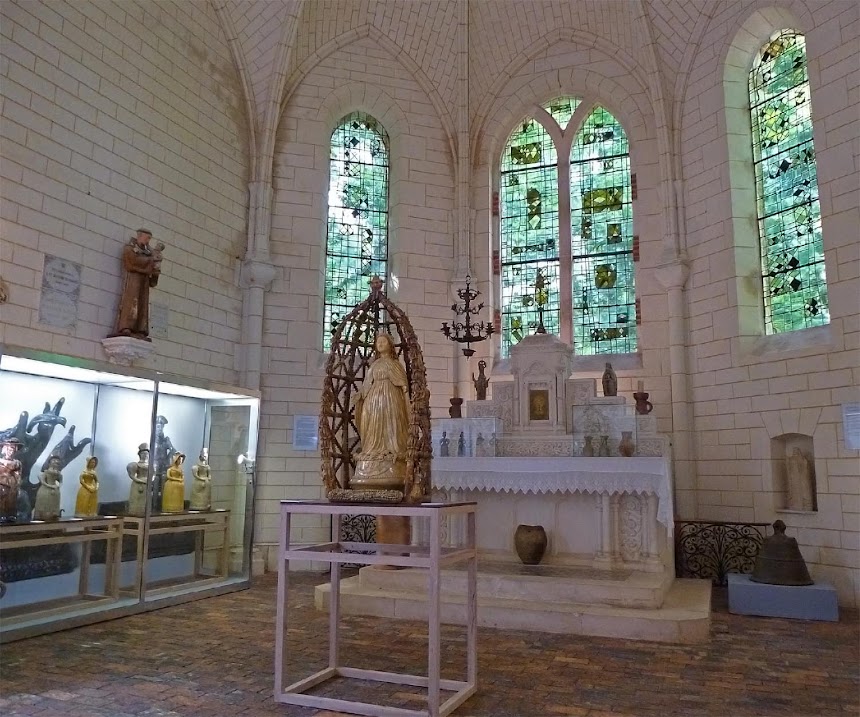 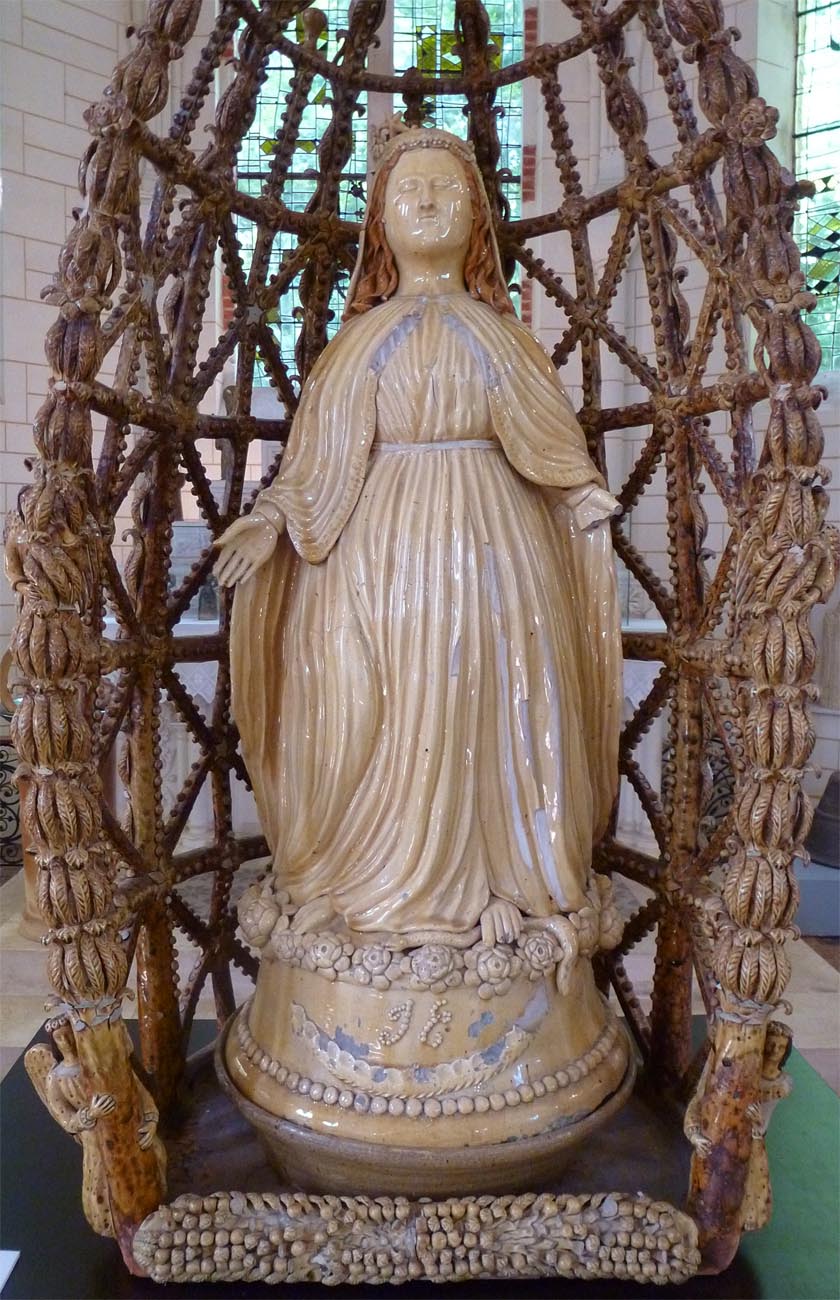 It seems that La Borne and the whole the area around the village of Henrichemont (pop. 2,000), a nearby town that was founded only in the 17th century, has been home to potters for 800 years — or maybe longer, possibly going back to Gallo-Roman times. 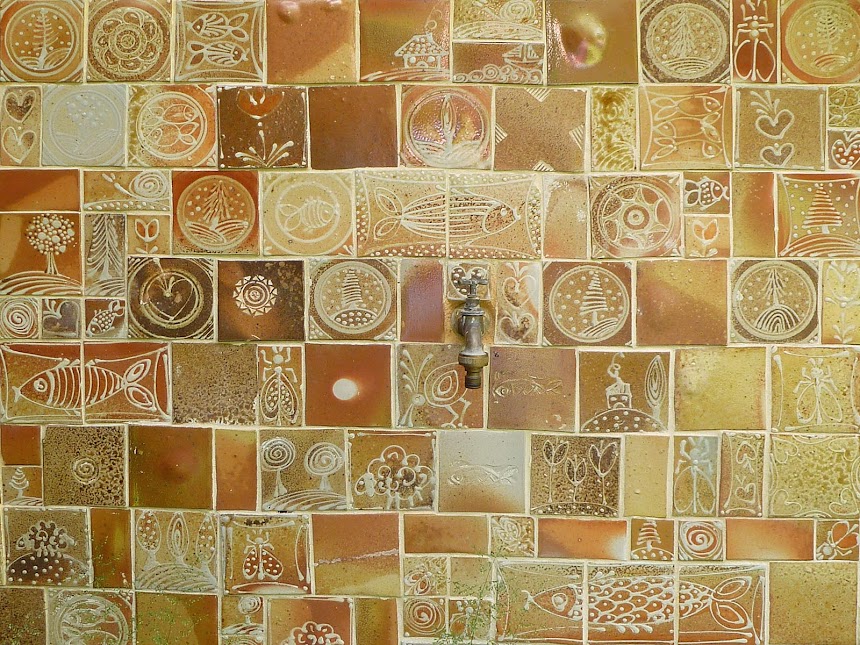 A rich vein of clay and sand (argile et grés) runs through the Berry province near Henrichemont, just along the southeastern edge of the forested Sologne natural region. Places like La Borne therefore had the raw materials that people needed to make pottery, and they had plenty of wood to fire their kilns (fours à bois). 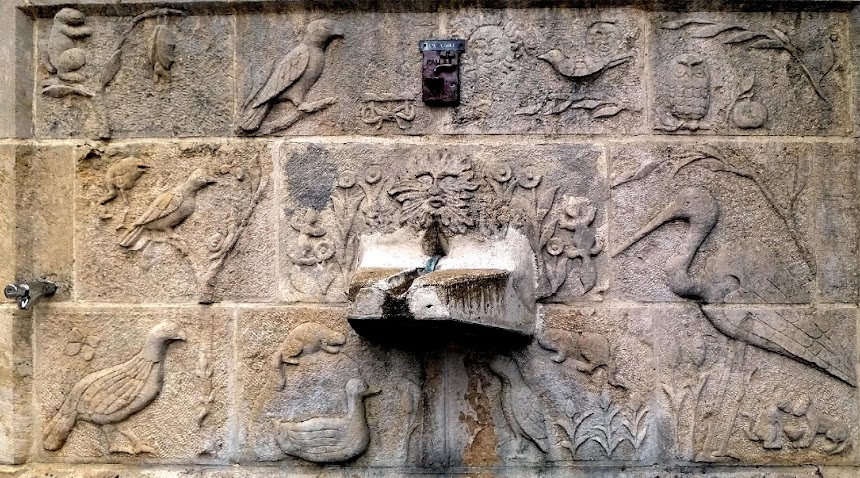 After the founding of Henrichemont, La Borne became a prosperous area. The photo above shows the town's public well. Pottery of the utilitarian sort was made in La Borne in large quantities until about the beginning of the 20th century. Then the industry declined when the manufacture of metal and glass utensils and building materials became economically and technologically feasible. At the end of the 19th century, the population was 800, and as late as 1914 there were fourteen kilns in operation in La Borne. In 1950 only four remained. 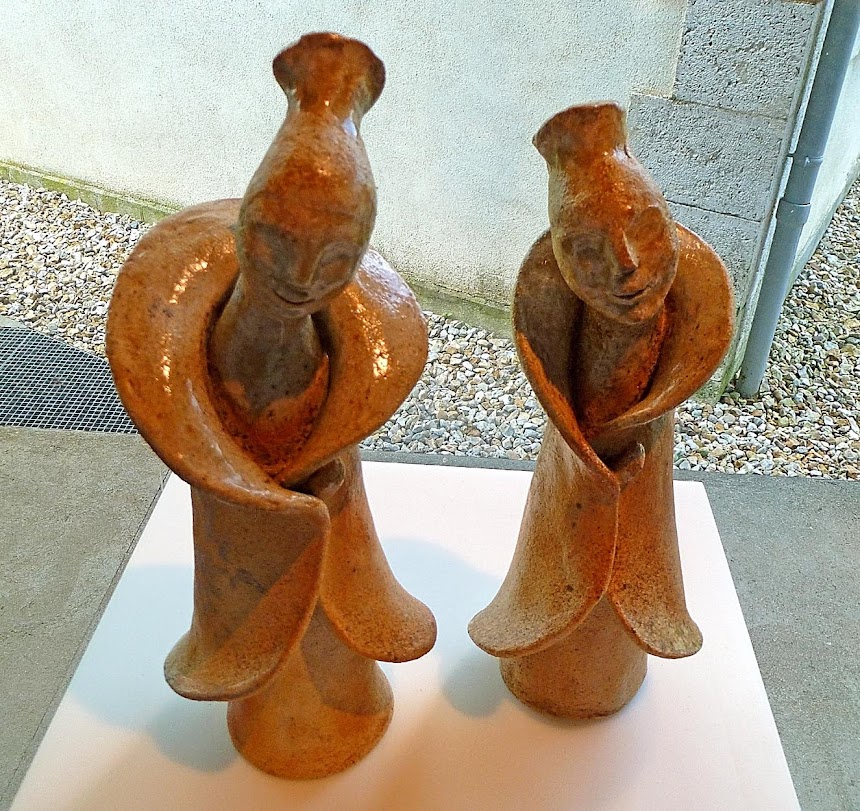 Then in the 1950s and '60s artisan potters and artists specializing in ceramics and stoneware began coming to La Borne from all around Europe and sparked a kind of renaissance in the village. My friend Sue, who was visiting from California when we went to La Borne, loves pottery and has done some herself. We spent a great afternoon in the village, under sunny skies, about a month ago.
Posted by Ken Broadhurst at 06:30