Another walk in the village

Sue and I took another walk yesterday afternoon. We drove down to the bourg and parked near the church. Then we walked up the rue de la Brahaudière and into highland vineyards on the north side of the commune. The road, paved, went through what resembled a small canyon. This time, instead of a 12-km trek, it was a 3-km jaunt, with beautiful views. 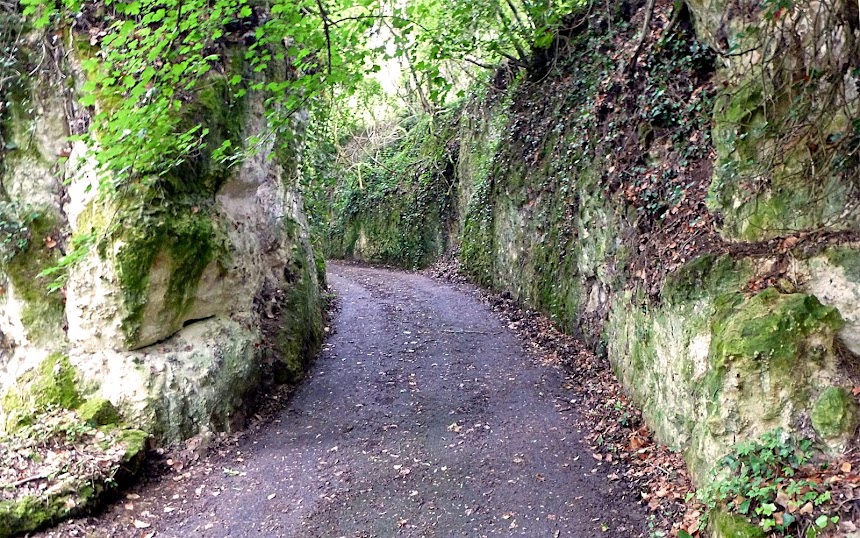 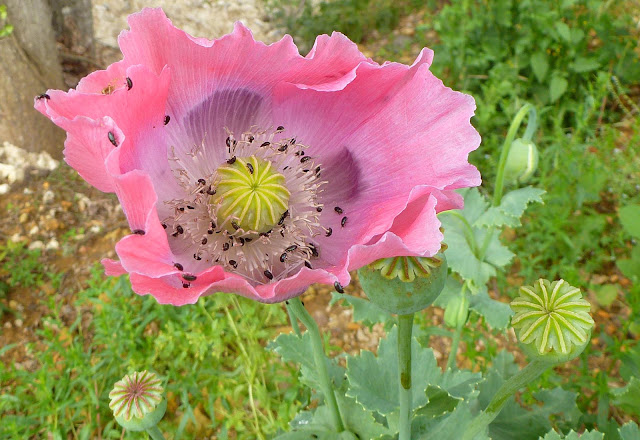 Pictures here show some of the things we admired along the way and up in the vines. Sue is leaving today to return to California. Walt is going to drive her up to Versailles, a place that he hasn't visited since the early 1980s, and that Sue hasn't visited since the mid-1970s. After a few hours there, Walt will drop Sue at Orly airport for a bus ride up to Roissy-CDG airport and her flight back to Sacramento tomorrow. 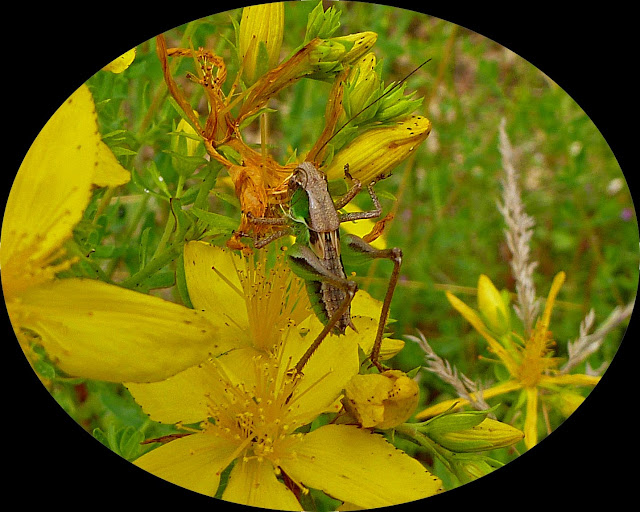 I met Sue, who is originally from Chicago but who has lived in northern California for nearly 50 years now, in the summer of 1975. Her cousin Cheryl was working in Paris as an English-language teaching assistant, and I was working in Paris as assistant to the professor in charge of the University of Illinois year-abroad study program. Sue and Cheryl were to become close friends of ours, along with Sue's two children (now adults, of course) and Cheryl's husband John, who passed in 1998. 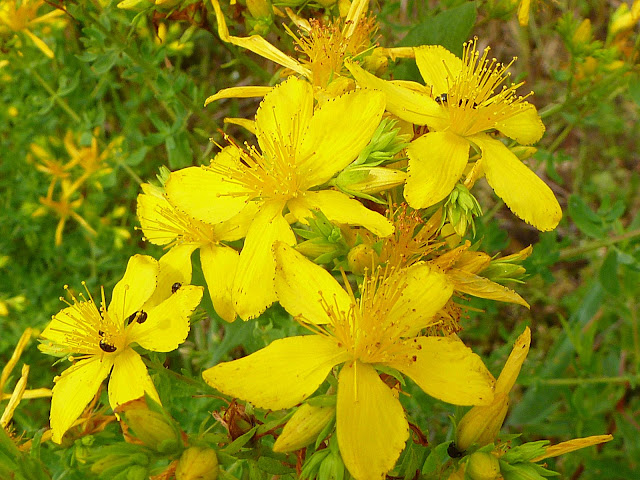 One of the highlights of that summer of 1975 was a day Sue, Cheryl, and I spent out at Versailles, touring the gardens and the château. It was long before digital cameras existed, but I do have a couple of snapshots of us on that day. Maybe I'll be able to find them again soon and post them. 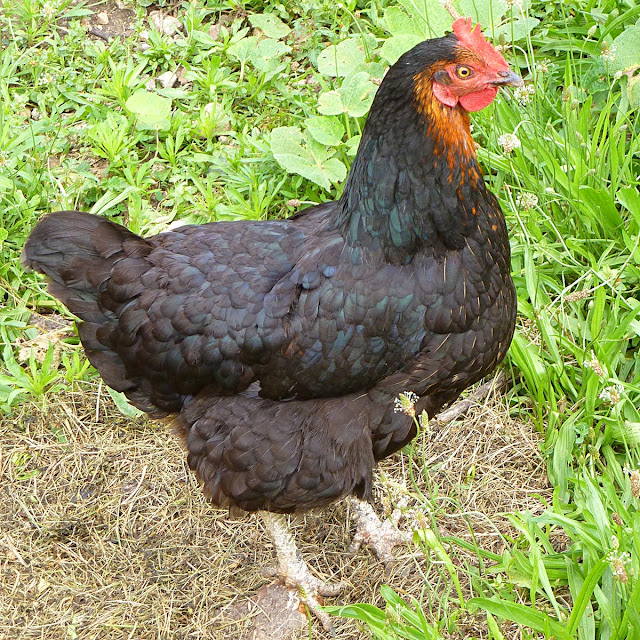 Unfortunately, Cheryl passed away two years ago. We are glad to still be in touch with Sue. When we lived in California, we often went on tent-camping around northern California with Sue — on the coast at Salt Point and Butano State Beach, and in the mountains at Yosemite, Castle Crags, Plumas-Eureka near Lake Tahoe, and Calavaras Big Trees — all spectacular sites. 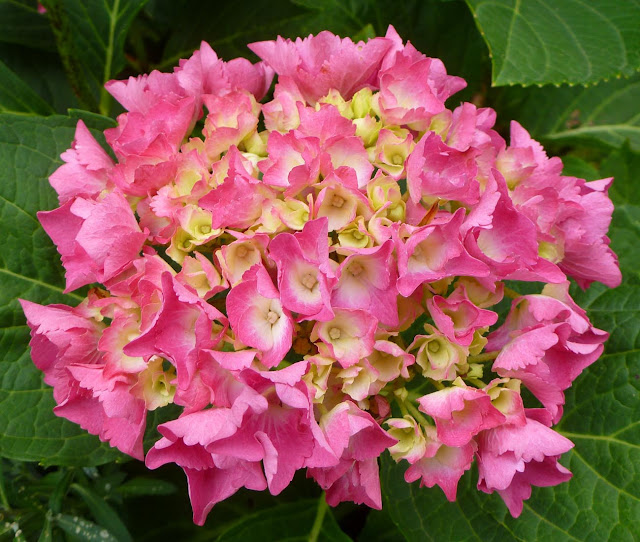 One April, Sue and I went on a week-long driving trip, in Walt's Jeep, from San Francisco across Nevada and on to Zion National Park in Utah. We would have driven up into beautiful Bryce Canyon too, but it was snowing at high altitude and it was not prudent to venture up there. On the way back to California, we stopped off in Las Vegas and in Death Valley for an afternoon. 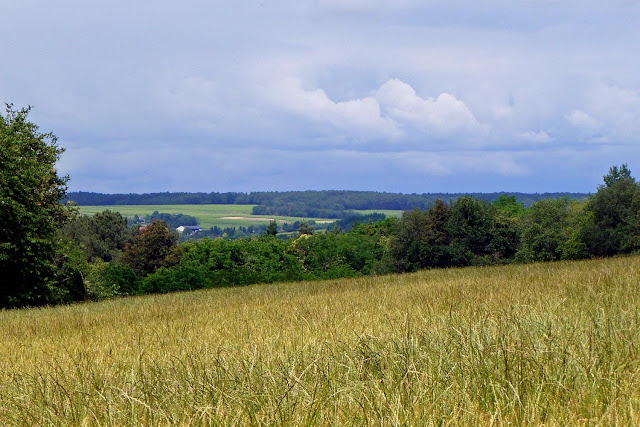 So our friendship goes back to the mid-'70s, and we spent a lot of time together in the 1980s and '90s in the American "Far West." In 2006, Sue came and spent three months with us here in Saint-Aignan. That was a great time for us, and this latest two-week visit has been fantastic — despite some touch-and-go weather. It was our first visit in 12 years, and it was like old times.
I hate good-byes. You always wonder when and if the next reunion will be possible. I think I need to go to California. I wish I could go to Versailles today, but the dog needs watching. Bye, Sue.
Posted by Ken Broadhurst at 07:00