Continuing my series using the photos that my friend Sue from California took in Blois on June 12, here's a first post about the other big church in town: l'église Saint-Nicolas. You can see it on the left in the photo below. 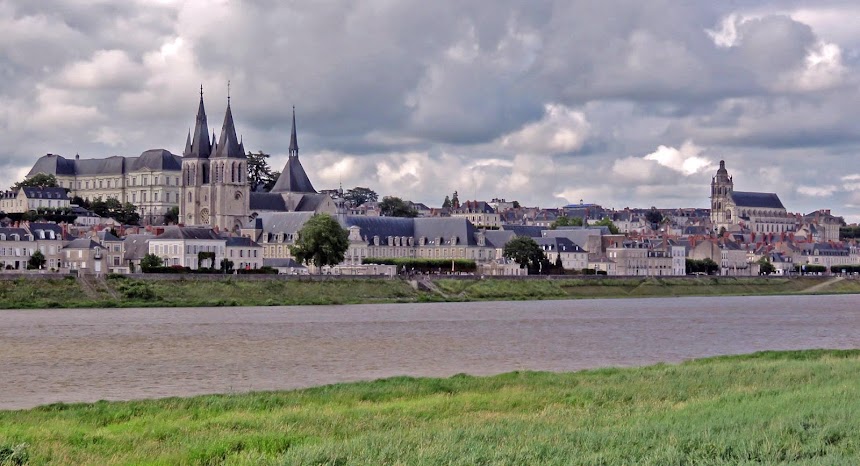 To the left of the church is the least-ancient wing of the Château de Blois, which was built in three stages. We didn't visit the château on this trip. On the far right in the photo is Blois' cathedral. As usual, you can enlarge the photos to see more detail. 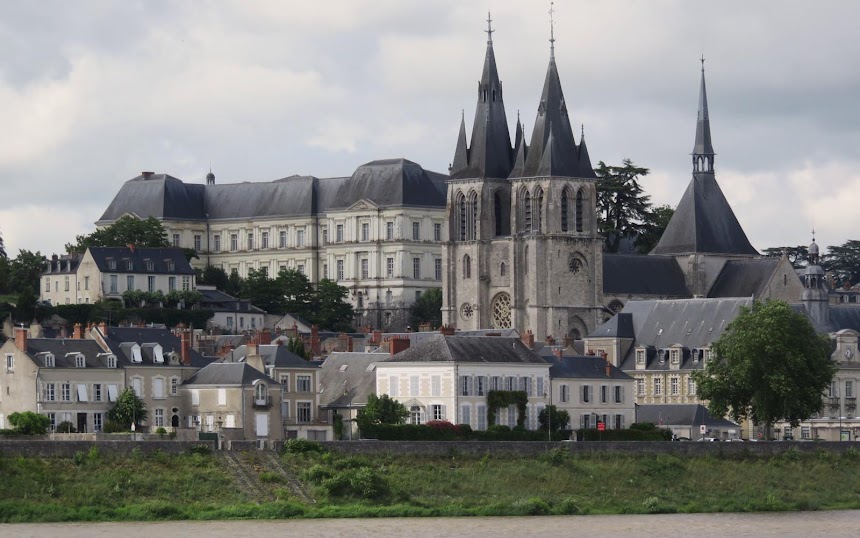 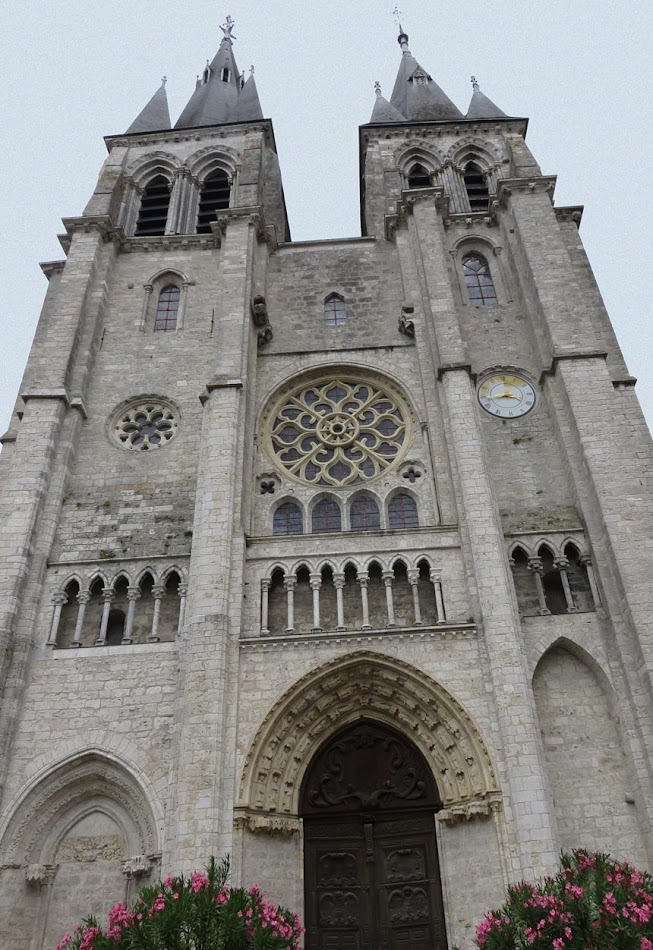 The Église Saint-Nicolas is much older than the existing cathedral, and is built in an older style. Construction began in the early 1100s and was completed a century later. Located right on the banks of the Loire river as it is, it's a miracle that Saint-Nicolas survived the bombardments of World War II. 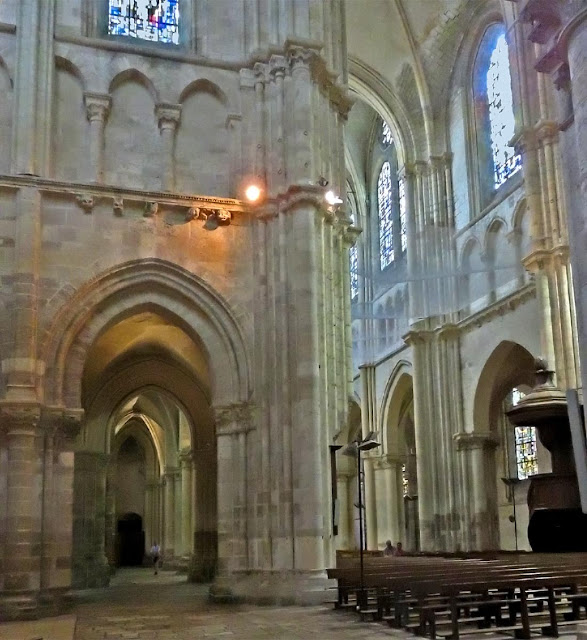 Here are a couple of photos that Sue took inside the church. I just ran in for a glance because I couldn't find a legal parking space. I parked in front of somebody's garage door and had to wait with the car while Sue had a good look around inside. Actually, my short look around was the first time I'd ever been inside Saint-Nicolas at all. I'll post some more interior views tomorrow, including Sue's photos of some of the church's surprising modern and colorful stained-glass windows. 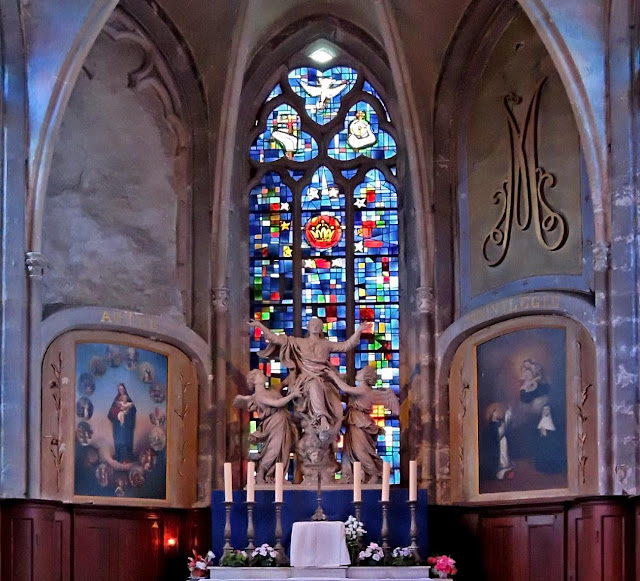 The Cadogan guide explains that the church is located in "what used to be the old commercial riverside part of Blois, the Quartier Saint-Nicolas. It was badly bombed in the war, but luckily the church survived relatively unharmed." The next time I go to Blois, I'll have a more prolonged look around inside the church and in the neighborhood.
Posted by Ken Broadhurst at 07:00