A dog, a duck, two chickens, and a church 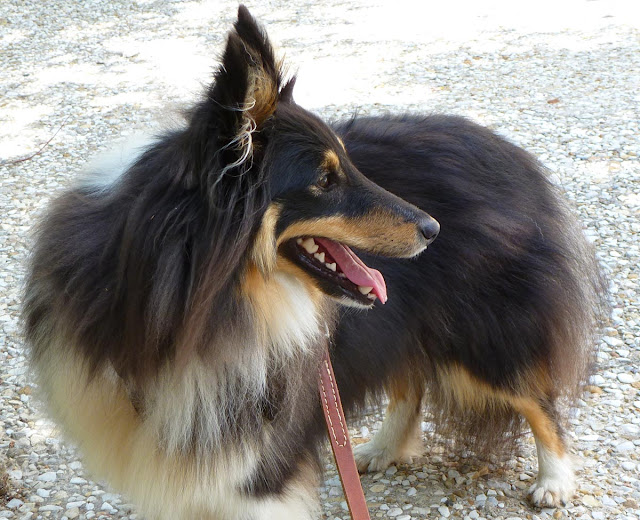 I'm sad to learn this morning that Anthony Bourdain has died. I've read at least one of his books, I've watched his TV shows, and I've always admired his energy, his curiosity, his love of good food, his cooking, his humor, and his willingness to share private details of his complex life. I've identified with his love of France and French foodways. I can see myself immersed his his videos and books this summer and fall. 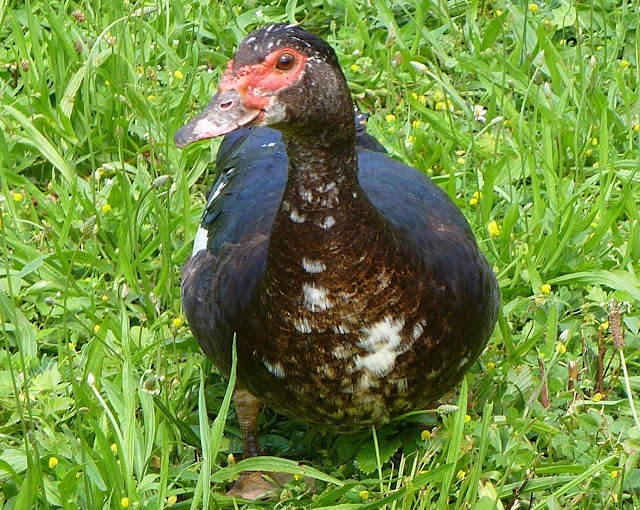 Bourdain's suicide reminds me mightily of the death of a good friend of mine back in the late 1970s. We were graduate students together at the University of Illinois in Urbana, and he was a brilliant young man. Part of me always felt I wasn't nearly as smart or interesting as he was, and I wondered why he made the effort to become a friend to me. For reasons I know about but don't really understand, Jim committted suicide in a hotel room in Paris on Bastille Day, July 14, 1979. My friend Bob and I were ushers at his funeral in Urbana.  Jim's sister came for the funeral and gave me some of his most cherished French books, which I brought to, or back to, France. 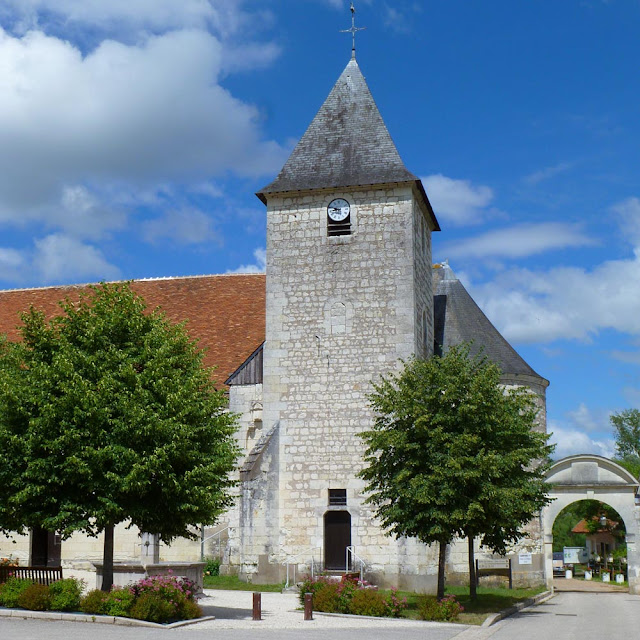 It's Saturday. The "excision" of my small basal-cell carcinoma went well. I felt no pain at all. It took Madame Chaubert-Rollinot, dermatologist in Saint-Georges-sur-Cher near Montrichard, just 20 minutes to remove the damaged tissue from my chest. We had a nice chat in French during the procedure. I'll be nervous, of course, until I get the biopsy results. Who knows how long the carcinoma had been there? It was just a tiny pimple-looking thing. Even so, Dr. Chaubert told me that closing the wound took four points de suture (stitches). 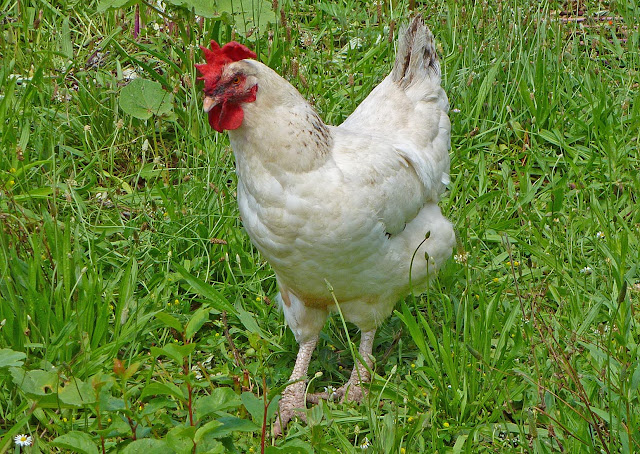 The upshot is that I feel good this morning. I slept well and I don't feel any physical discomfort. I try not to think too much about all the friends and family members who have died over the past three or four years.

My mother. Her sister. My father's older sister.

One of my best long-time friends (since 1973). Two of my mother's good friends in N.C. A woman I worked with and enjoyed working with in California for 25 years. A close friend of our friend Sue, who is visiting us in Saint-Aignan right now, and who was a friend to me and Walt too.

Two of my older cousins on my mother's side of the family. Two of our neighbors here in our little hamlet.

One of France's most talented singers, France Gall, whose songs appealed to generations of French people and taught me so much French. Johnny Hallyday, the French rock and pop star. Writer and Académie Française member Jean d'Ormesson. I'm sure I've forgotten many. May they all rest in peace and live on in our memories.

At least six of these people died of cancer, and two committed suicide. One or more had cardio-vascular disease. And I almost forgot to mention our dog Callie who we dearly loved for 10 years and who died very suddenly a year ago. We found her lying on the floor paralyzed one afternoon and she never recovered. 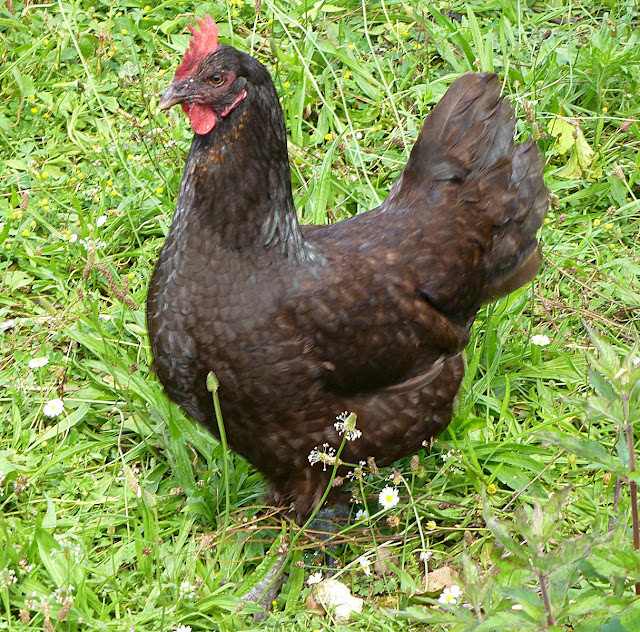 I can't tell you how happy I am glad to be living in France. I came here to live out the rest of my days on Earth being where I wanted to be for so long when I was working in the U.S. between 1982 and 2002. I'm doing my best to enjoy this summer and these warm, muggy days we're having. The low temperature this morning is as warm as a normal summer day usually gets in this climate. It's going to be hot, and maybe stormy, this afternoon. Yesterday was a beautiful day. Weather permitting, I have an idea for another walk around the village this afternoon (but maybe not seven miles!), and Walt has given me the idea to take Sue to the famous rose-growing village of Chédigny. 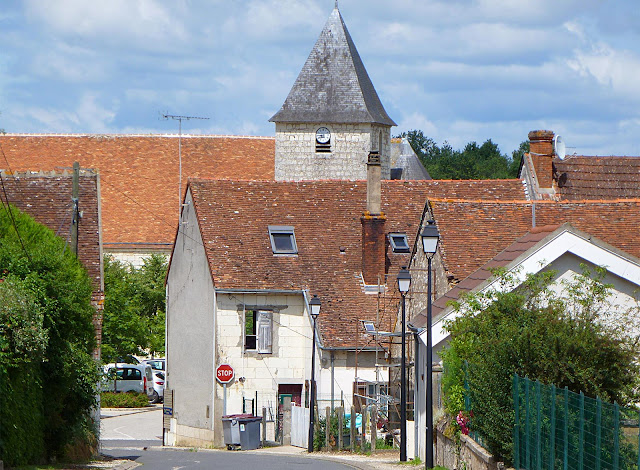 Here are a few photos I took on the 12-kilometer (seven-mile) walk that I took with Sue on Thursday, all around and through the village where we live. These won't give you an idea what the countryside we walked through looks like, but I like them because I took them all in the village center, le bourg in French. They might give you an idea how connected life here is to the natural world as well as the spiritual realm. Oh, I also took pictures in the cemetery of the graves and tombstones of two French friends who have died since we came to live here in 2003. Jean-Luc passed unexpectedly in 2009 (heart failure at 52) and Andrée passed suddenly in 2014 (stomach cancer). Sorry to be so gloomy today.
Posted by Ken Broadhurst at 06:40