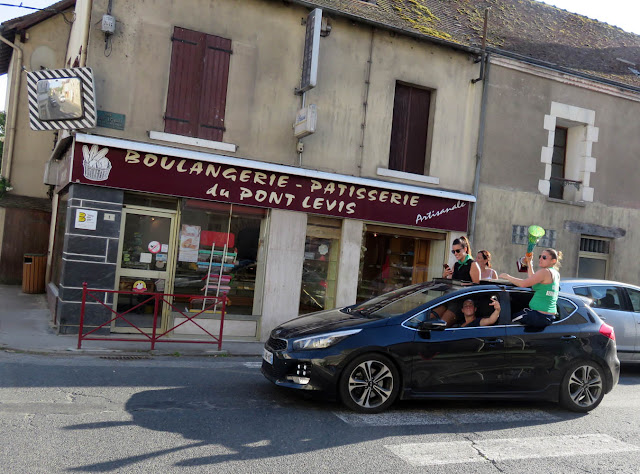 As Sue and I approached Mennetou-sur-Cher late on a Saturday afternoon, June 2, we passed a couple of cars full of young men celebrating some event by leaning out of car windows, shouting and cheering at passersby and passing cars like ours, and generally having a good time. Then as we parked outside the lower gate at Mennetou, two cars of young women passed by. They were behaving exactly the same way. We never found out whether all the noise-making and glee had to do with some sporting event, or maybe having passed some kind of exam at school. Sue took the photo on the right. I just want to make the point that Mennetou is a real, living town, and not some movie set or museum piece. Young people live there, not just wrinklies like us. 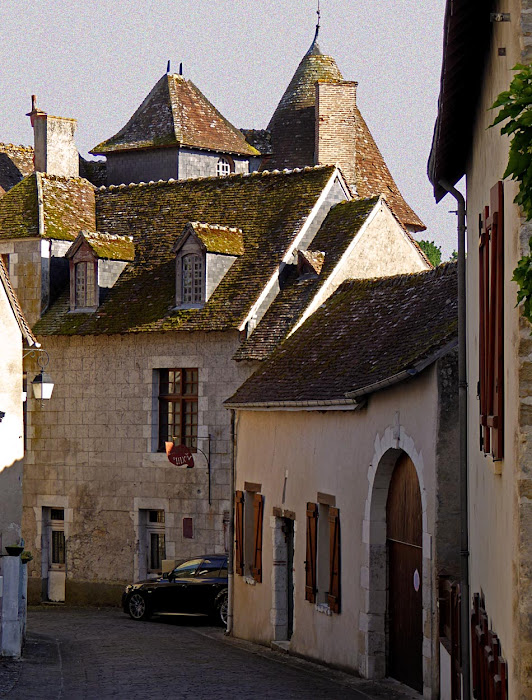 There were some cars parked in different spots around the old town, but I don't remember seeing any moving vehicles as we walked along the narrow, curvy streets taking pictures. I don't really know if it's legal to drive into the old town, but CHM reminded me in a comment a couple of days ago that he and I did just that one day a while back. I think going in with your car is not recommended but tolerated. The houses in this picture are located near Mennetou's east gate, La Porte Bonne-Nouvelle. 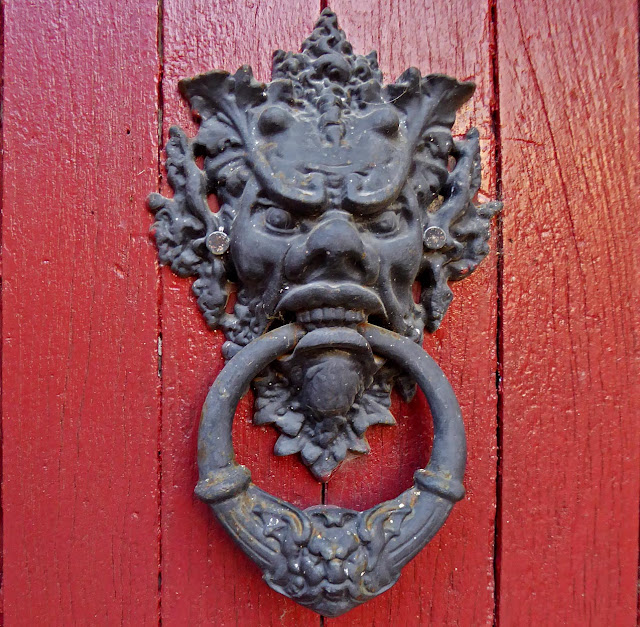 I just read on this page outlining the history of Mennetou that the first monastery founded at this point along the Cher River, toward the end of the 6th century, was pillaged and plundered by invading Vikings in the 9th and 10th centuries. That was the end of that. It seems like there has never been a dull moment in Mennetou. I think I much prefer young celebrants blowing their car horns and cheering wildly to the prospect of fierce Vikings terrorizing the town. 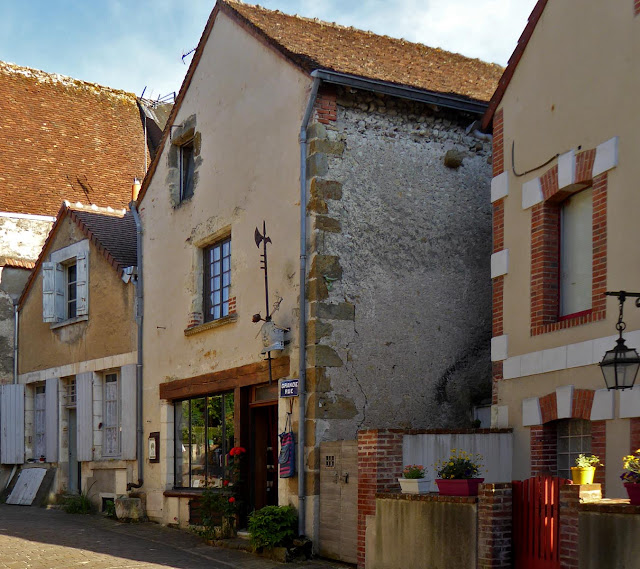 There's not a lot of commerce — not many shops — in Mennetou, but there are a few. The one here sells gifts and decorative items for your home. Another sells sewing supplies and gives sewing lessons. And then there's that well-known charcuterie that specializes in the chitterling sausages called andouillettes. The bakery in the first photo above is just outside the lower town gate, La Porte d'En-Bas, on the main road that runs along the south side of the old town. There are a couple of cafés down there too. 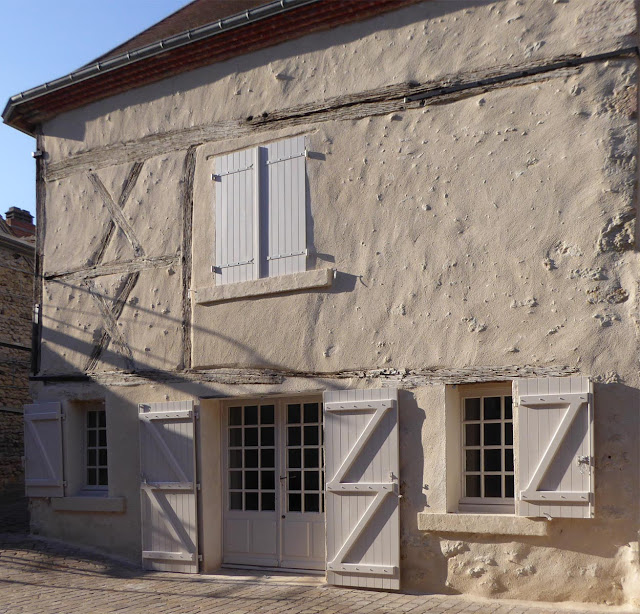 I like this ghostly white, fairly severe house. I don't know how old it might be, but it looks to be half-timbered.


Update: Yesterday the nurse I had called came to the house to take out the stitches that the dermatologist put in when I had outpatient surgery earlier this month. It was a painless process that took only 15 or 20 minutes. She said the incision has healed nicely and looks very clean and neat. I asked her what I owed her and she said she didn't really know. She took my Carte Vitale, the national health service ID card, with her when she left, saying she'd bring it back later in the day after went back to her office and figured out what the charges to me and to the health service would be. Then she called me on the phone and said my "co-pay" — the un-reimbursed portion of the bill — would be 3.52 euros (about $4 U.S.). The full charge for her visit and care was €8.80 (about $10). That's pretty reasonable, no? She brought my card back and I handed her a check.
Posted by Ken Broadhurst at 06:45