A stroll through “the village”

I mentioned the other day that our friend Sue and I went on a long walk through parts of our village. "Village" is a hard concept to grasp in French vs. in English. In official administrative terms, the municipality we live in is called a commune. The village center, or built-up area, is called the bourg. We don't live in the bourg; we live in what the local people call one of the villages on the territory of the commune. More officially, we live in a hameau, or "hamlet." The mairie, or village hall, is the building in the photo below. 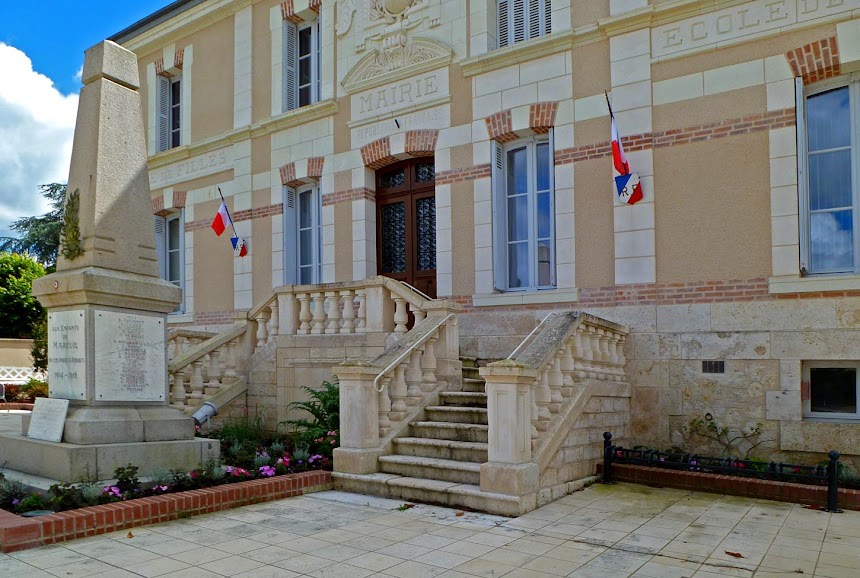 The land area covered by the commune is 32 km², or about 12.5 mi². Most of it by far is rural, not urban, and the total population is about 1,150. That means the population density of the commune is about 92 people per square mile. The population density of Paris is 54,200 people per square mile! So this is a very sparsely populated area, despite the existence of the more densely populated but small bourg. Much of the commune's land is given over to grape-growing, of course, or to growing grains like wheat, barley, and corn. A significant portion is forested. 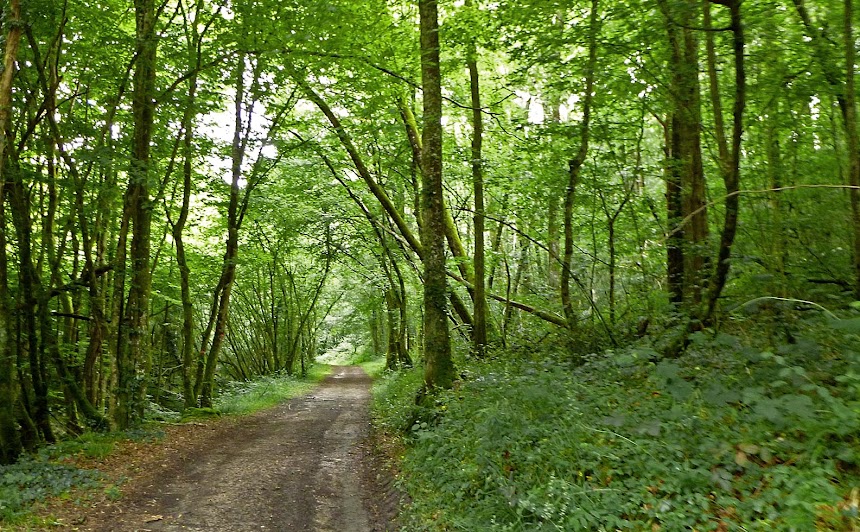 The walk Sue and I took turned out to take us about 12 kilometers, which is about seven miles, round-trip. We didn't plan to walk so far, but we got lost on trails and dirt roads like the ones in the photos above and below. 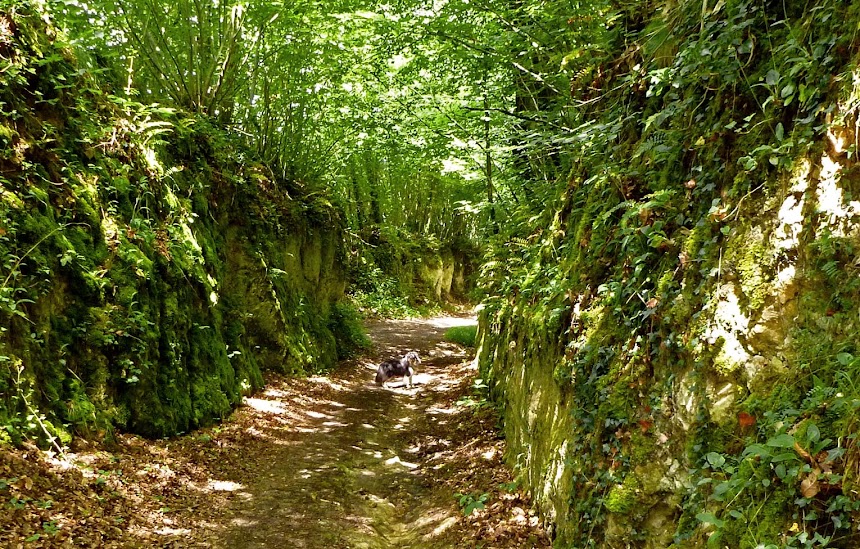 Everything is very green right now, because it's springtime and we had a very wet winter. We've been experiencing a showery period for the past few weeks, with thunderstorms and sudden downpours. But the sun shines most of the time, so the local vegetation is happy. Daytime temperatures have been in the 70s and even up to 80 in ºF for the past few weeks. 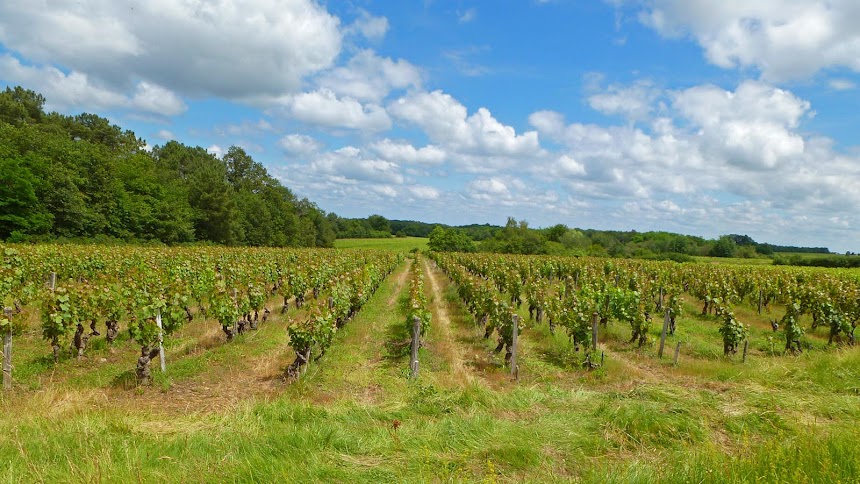 The local terrain is fairly steep, rising up from the banks of the Cher River on the northern boundary of the commune by a hundred meters or more (350 feet or so) just a kilometer (about half a mile) from the river. Grapes are grown mostly on the higher ground, where the weather is warmer and sunnier. Our house and property are on high ground. We live three kilometers from "downtown" Saint,-Aignan and also three kilometers from the bourg of our commune, so we claim both as our current home town. By the way, today is the 15th anniversary of the first night we spent in our house here. We moved in, with little furniture but a full set of new kitchen appliances purchased in Blois, the nearest big town, on June 12, 2003. 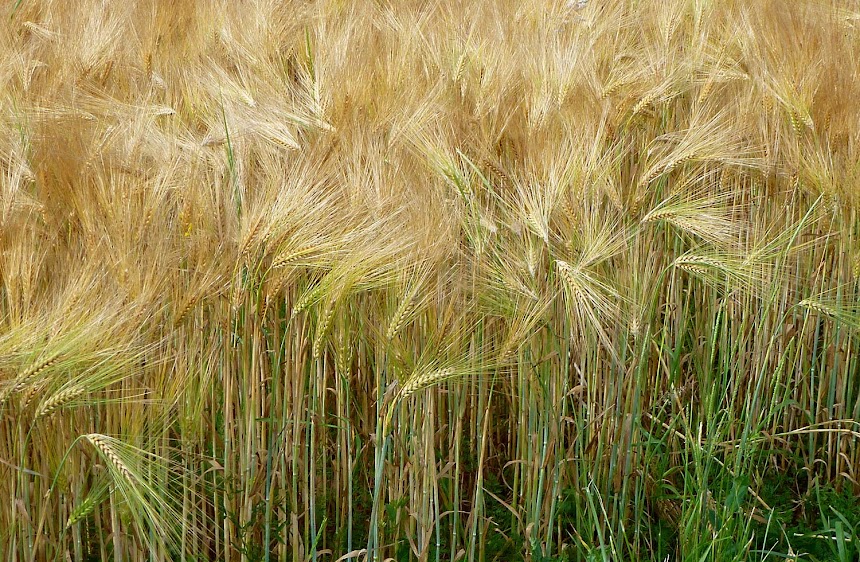 On our seven-mile walk, I discovered that there are deep ravines running down the slopes toward the bourg and the river. Some are permanently wet, I believe, with water feeding into the Cher, and others seem to be mostly dry, carrying run-off only in very rainy periods. Another reason the highlands of the commune are good for grapes and grains is that the soil is well drained. We get about two inches of rain per month in an average year, and there is no well-defined rainy or dry season. Rainfall varies greatly from month to month. Winters and summers are usually mild,  featuring only rare hard freezes and only rare heat waves (canicules, or "dog days"). 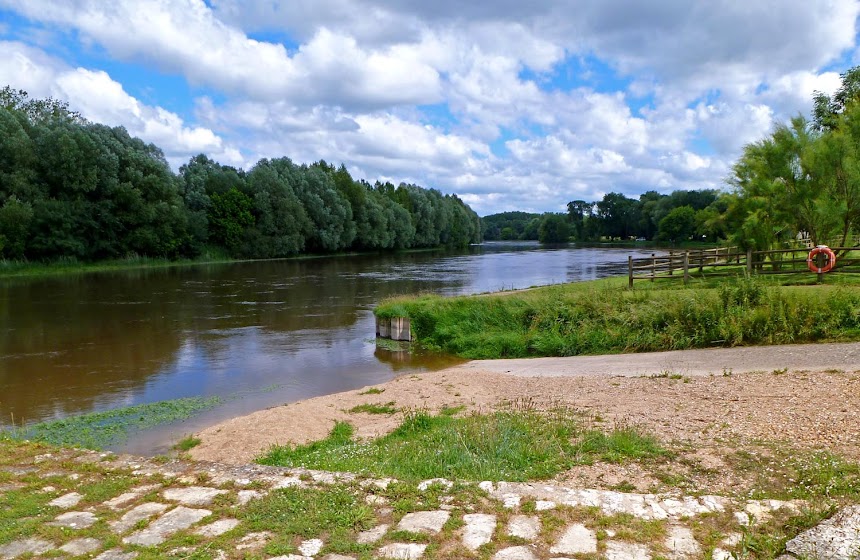 The Cher River as it looks down in the bourg


Yesterday Sue and I drove up to Blois, 25 miles north, and did some sight-seeing as well as shopping. I forgot to take my camera. I'm going to ask Sue if I can post some of  the photos she took there.
Posted by Ken Broadhurst at 07:15