As we were getting ready to sit down for lunch yesterday — mushroom cheeseburgers, ratatouille, and sweet potato fries — I noticed, looking outside, that the sky was brightening slightly. On the laptop, I looked at Accuweather's radar for central France and I saw that the biggest blob of rain was moving westward from Tours, leaving a wide clear patch over Saint-Aignan, Tours, and Villandry. 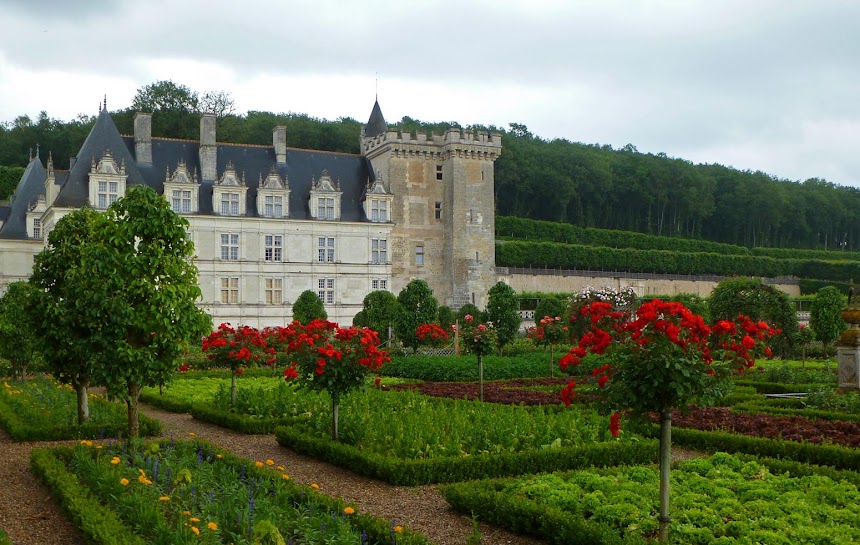 The rain was moving off and it was time to act. As soon as lunch was eaten, Sue and I jumped in the car and headed west on the autoroute. Walt stayed home watching the tennis matches at the French Open in Paris, and watching the dog. Despite driving through several bands of heavy rain (des cordes de pluie) — at certain moments, I thought I might have to pull off the highway and wait for the rain to end before continuing — we arrived at the Château de Villandry and it wasn't raining there! 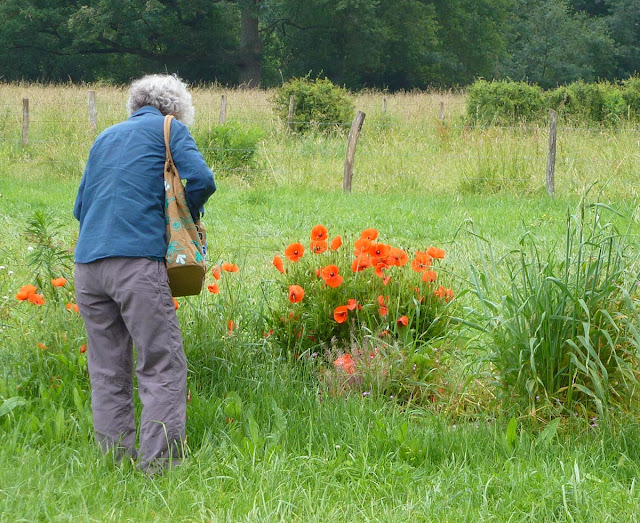 Here's a photo of Sue (an old friend who is visiting from California) taking photos of a stand of red coquelicots (poppies) in the parking lot across the road from the château. We were ready to begin our walk through the gardens. 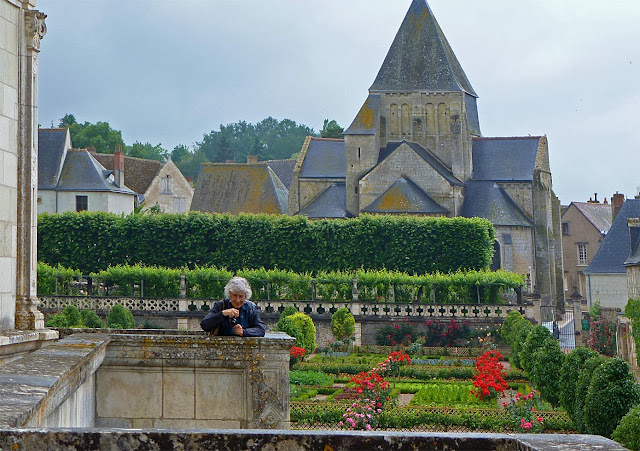 Which is what we did for about 2½ hours. It rained lightly off and on, but that made the place even prettier. It was a gentle, warm rain. Above is a photo of Sue taking a photo with the gardens and Villandry's church in the background. As Evelyn predicted in a comment yesterday, the gardens were emerald green after all the rain we've had over the past few weeks. I have many photos. 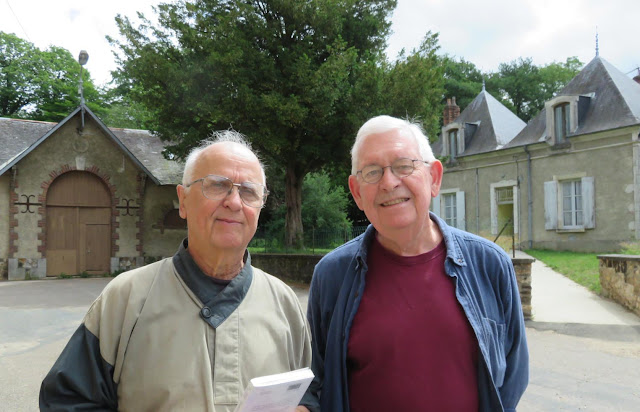 Meanwhile, here's a photo of me (in the red t-shirt) with the priest at the church over in Henrichemont last Saturday afternoon. I mentioned in a post a day or two ago that we had spent a few minutes talking with him, and he had recommended the town's restaurant as a good place for us to have lunch. His recommendation was spot on, as they say. Thanks to Sue for the photo. 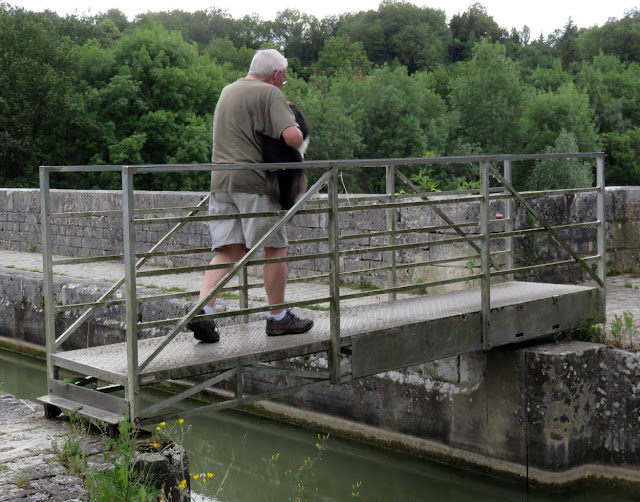 And here's a photo that Sue took of me carrying Tasha the Shetland puppy across the little footbridge at the Pont-Canal du Val de Sauldre near Saint-Aignan on Monday afternoon. We had taken a nice walk with the dog along the Canal de Berry for an hour or so, in warm, muggy weather.
Posted by Ken Broadhurst at 06:41