Yesterday Sue and I went to take a walk with the dog over at the pont-canal that carries the Canal de Berry, which runs parallel to the Cher river, across the Sauldre river, a tributary of the Cher, which is down below at this spot. It's a pont-canal because the canal flows over the arched stone bridge and the Sauldre river flows underneath. 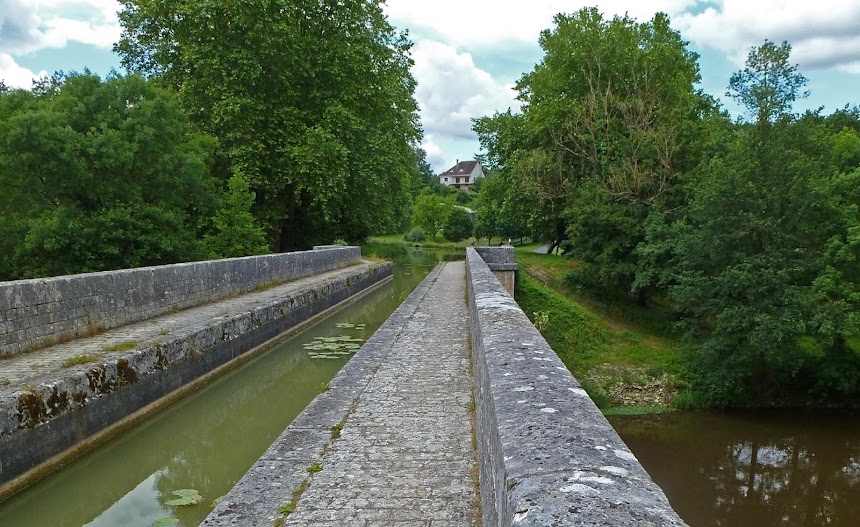 The Canal de Berry was built in the first half of the 19th century and the decommissioned in the 1950s. I think that what sent it into decline was the advent of railroads and big trucks. Today people take pleasure trips along sections of the canal on little barges, hike along its banks as we did yesterday, or sit on the banks and try to catch fish. 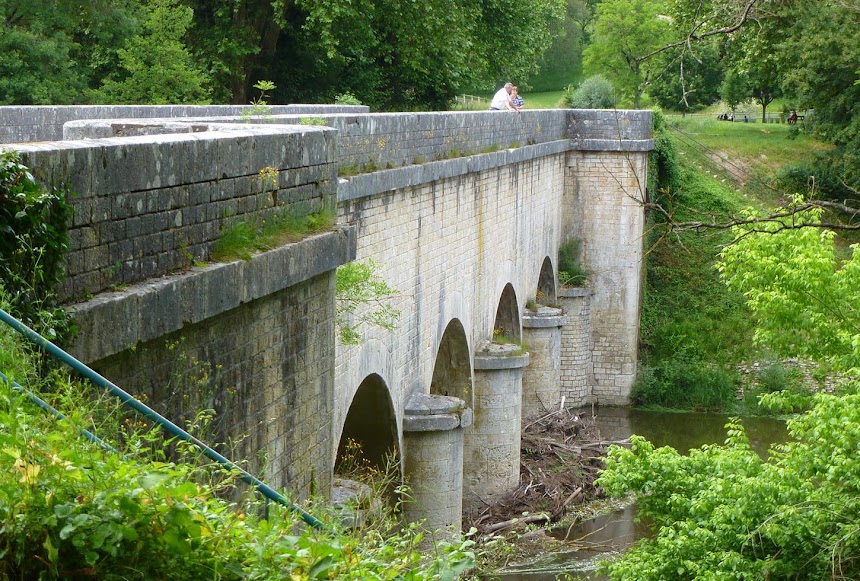 The canal runs for some 150 miles and its western end is at Noyers-sur-Cher, across the river from Saint-Aignan. Along its length there are 92 locks (écluses), 209 bridges (ponts), and five "canal bridges" (ponts-canaux) like this one, which is a few miles upstream from Saint-Aignan and not far from nearby Selles-sur-Cher. I found all those numbers in a 2017 article published in our regional newspaper, La Nouvelle République. 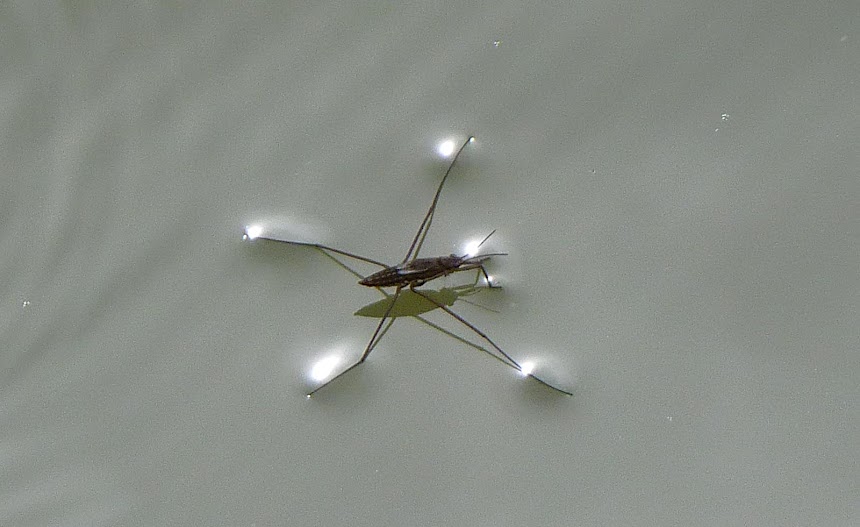 There were thousands of these water striders ("pond skaters") on the smooth surface of the canal.


We walked across the pont-canal and on to the first lock upstream, a kilometer away. There we crossed over the canal to walk back along the opposite bank. The weather was partly sunny and fairly muggy, but pleasant. Tasha was afraid to cross the canal on the little foot-bridge at the pont-canal, so I had to carry her across. 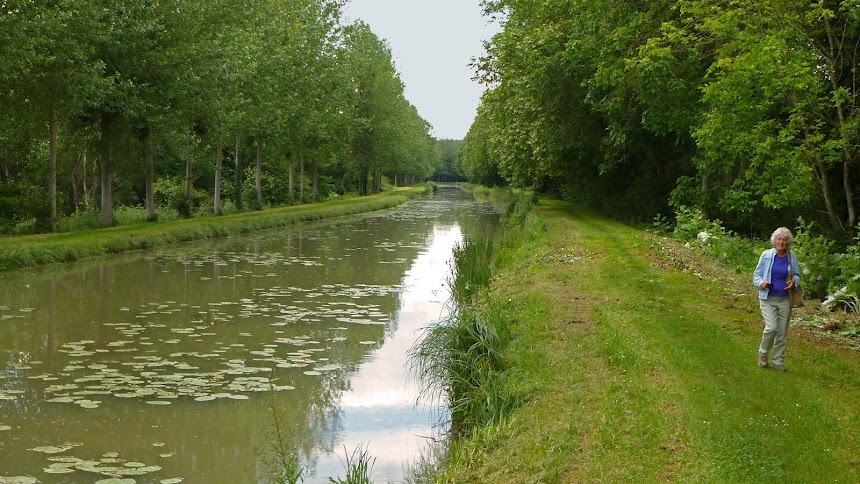 That's Sue from California walking along the right bank of the Canal de Berry.


Before we arrived at the pont-canal, we were winding through the narrow streets of the hamlet called Les Martinières in our Peugeot when I spotted an old friend standing at her front gate on the side of the road. She's a German woman who has lived here for many years. Over the years, I've run into her at the supermarket a few times. 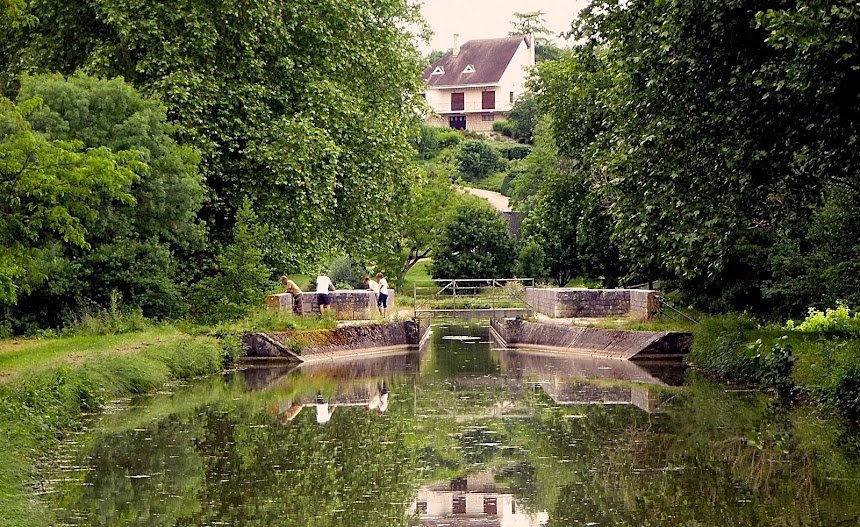 That house on the hillside above the pont-canal is probably a nice place to live.


Walt and I got to know U. about 10 years ago but mostly lost contact with when she sold her house in Saint-Aignan and moved to the other side of the river. I knew she lived over there but didn't know where her house was. Now I know. She invited Sue and me in to have a cup of coffee in her pretty little back garden. It was a nice reunion. U. speaks fluent French and English in addition to her native German.
Posted by Ken Broadhurst at 06:45