Sue and I went for a walk yesterday afternoon. We ended up walking for 12 kilometers — seven miles! — on paths and roads through fields and woods, from our house and down to the village center by a round-about route. It took us about four hours, with frequent stops to take photos. 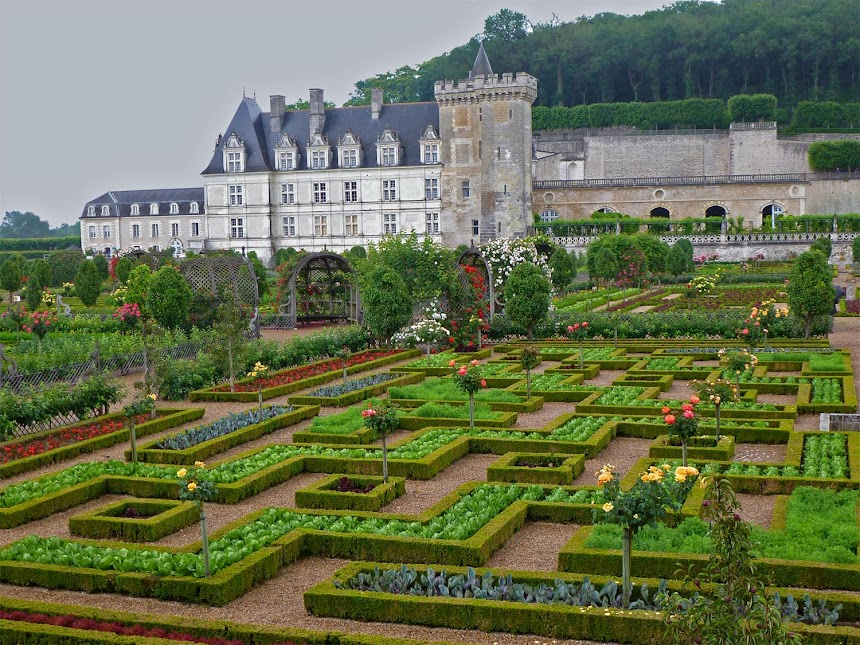 Villandry and its gardens in rainy-day photo


Down in the village, we went to the cemetery to have a look at the graves of two friends who have passed away since Walt and I moved to the Saint-Aignan area 15 years ago. Then we stopped in at the village hair salon, where we get our haircuts, so the owner-operator, Amélie, could meet Sue as well as Natasha. Yes, Natasha went on the seven-mile hike with us. 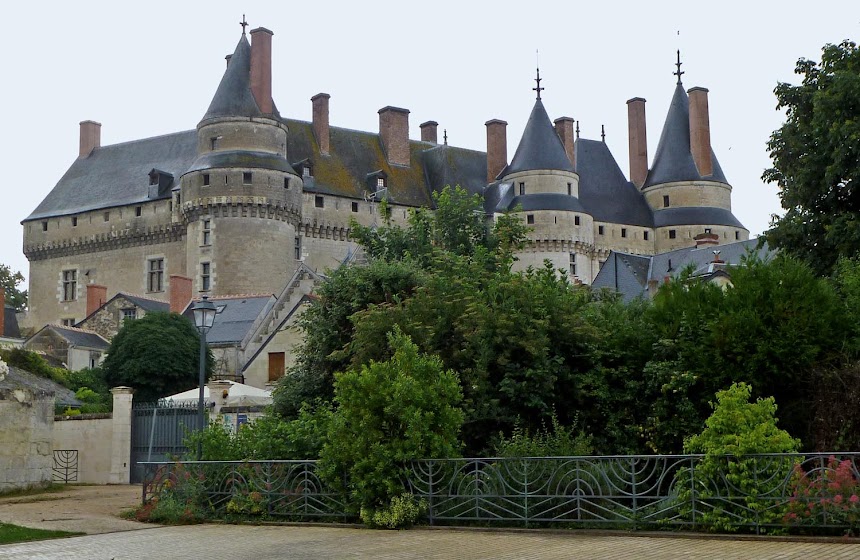 
We also stopped in front of the village hall (la mairie) to take a few photos. As we stood there and chatted, the mayor (le maire, or in this case, la maire) came out to talk to us for a few minutes. She and her husband recently spent a week out on the Atlantic Coast, where one of their daughters and several grandchildren live. She told me too, that she's getting a new car next week. It'll be a red Peugeot. 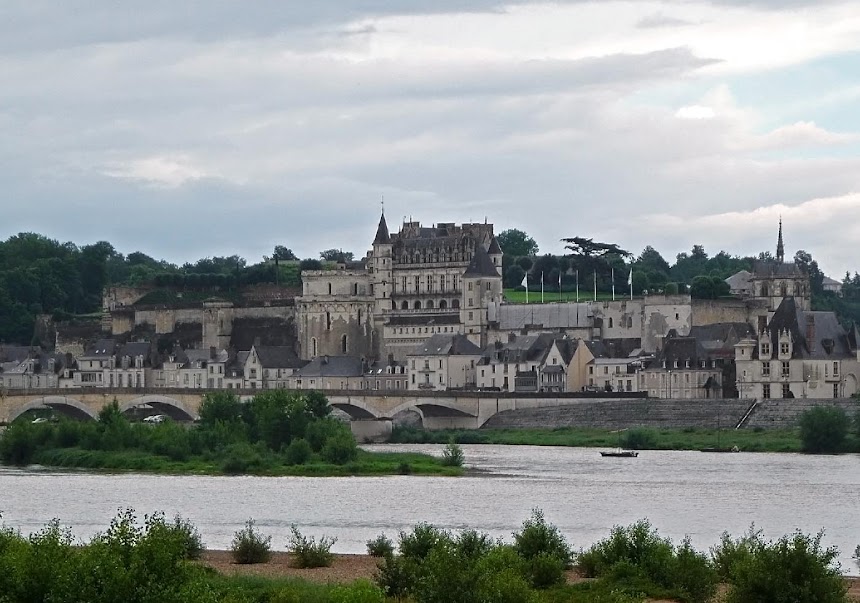 At Amboise, the château (or what remains of it) dominates the river and riverfront.


I'm posting photos of four châteaux that we saw day before yesterday on our afternoon excursion to Villandry. After strolling through the gardens there, we went to Langeais and took a walk through the streets of the town. Then we took "drive-by" photos at Amboise and Chaumont-sur-Loire on the west-to-east drive along the river, back toward Saint-Aignan. 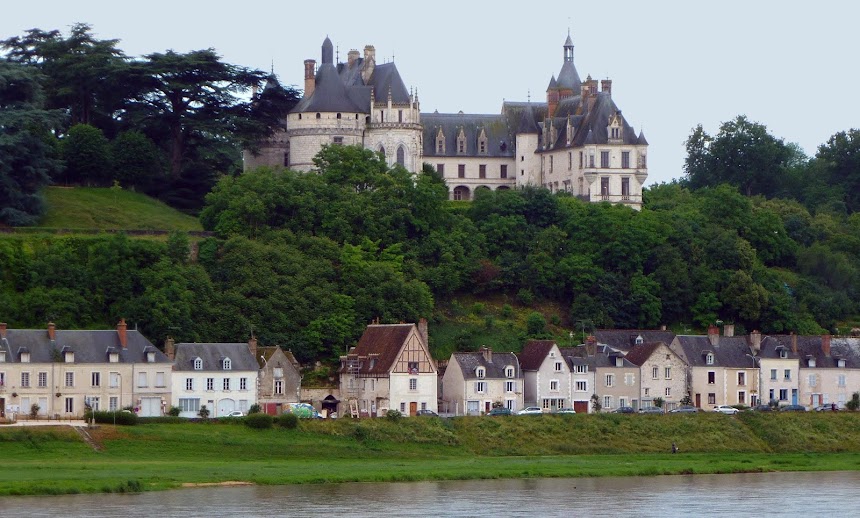 The château at Chaumont-sur-Loire dwarfs the houses along the riverbank below.


Today I have an appointment (un rendez-vous) with a dermatologist (un or, in this case, une dermatologue) to have "a thing" removed from my chest. It's a basal-cell carcinoma, and they say such skin cancers are minor and do not metastasize. I hope "they" are right. All I know is that it is a minor operation under local anesthetic, and I'll have a couple of stitches that I'll have to go back and have pulled out in a couple of weeks. I spent too much time in the sun in my youth.
Posted by Ken Broadhurst at 06:30