Mennetou-sur-Cher, a medieval village with some of its fortifications still intact, is located on three major transportation lines. Well, two, really, because one of them is the Canal du Berry, which is no longer used. It is beautiful, though, and you can fish in it. 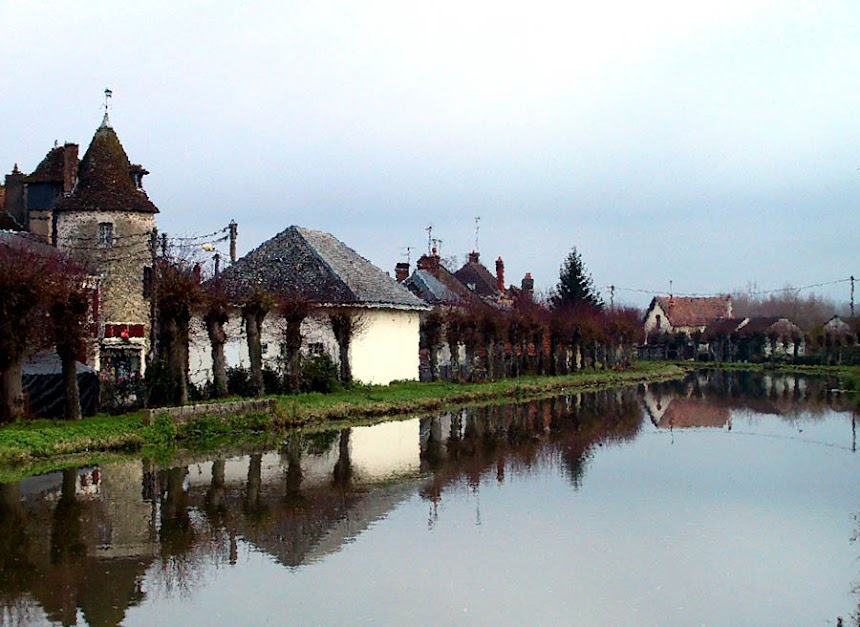 The Canal du Berry at Mennetou-sur-Cher

The other two lines are the Tours-Vierzon rail line and the Route Nationale 76, which links the same two cities. Saint-Aignan is on the same three lines, but is on the opposite side of the river from all three, so it has a different feel. 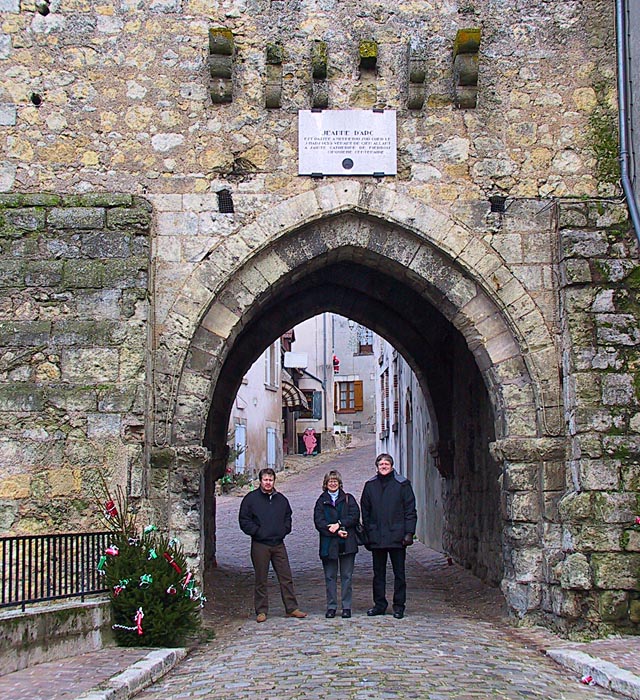 The Cadogan Loire guidebook describes Mennetou as "a meagre slice of a medieval town," but that's a little harsh. As I said, it's not all prettied up like a set in a theme park — at least not yet. But work is under way to refurbish the place, and the current trend that has French and other European people moving out of the cities and back to the country can only accelerate that process. Many might see Mennetou as a jewel in the rough. 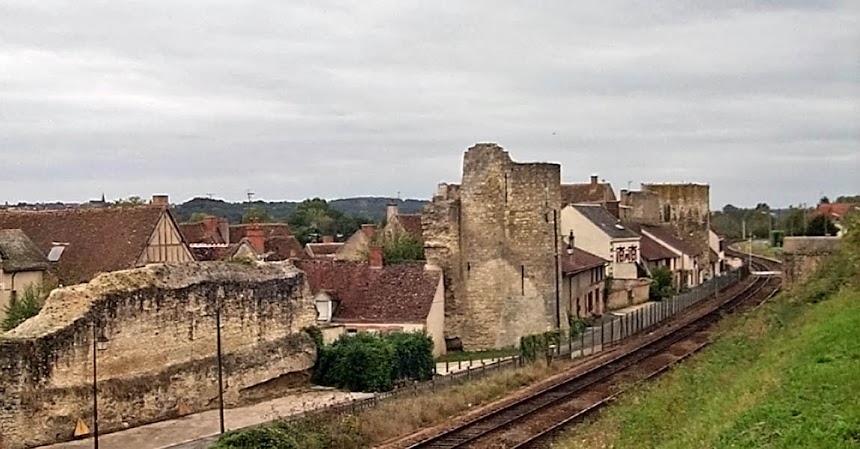 Otherwise, Cadogan says that Mennetou's "crooked houses and cobbled streets [are] encircled by run-down ramparts now sadly sandwiched between a railway line and a main road." The fact is that the old main road, the N76, is no longer the main road since the A85 autoroute from Vierzon to Tours is no complete. Truck traffic will use the autoroute now, not the old Route Nationale. That will help Mennetou a lot. Big truck rumbling through on the narrow main street are never a good thing.

Ont he other hand, a rail line is a good thing, isn't it? Yes, it's a little close to the town, but then there aren't that many trains in a day. And the line is in the process of being electrified right now, so the trains of the (near) future will be less polluting and less noisy. If you want to go to Vierzon (a big, untouristy town) or Tours (a major French city) for the day or the weekend, the train is probably the way to go. "Joan of Arc came through Mennetou-sur-Cher on March 3, 1429,
coming from Gien and going to Sainte-Catherine-de-Fierbois.
Fifth centennial."

Mennetou-sur-Cher is on the main lines for travel in this region, and that has been the case since at least the 1400s — that's when Joan of Arc passed through Mennetou on her way to somewhere else to save France from the English invasion.

I guess Mennetou-sur-Cher is like anyplace else where people live and work for a living. 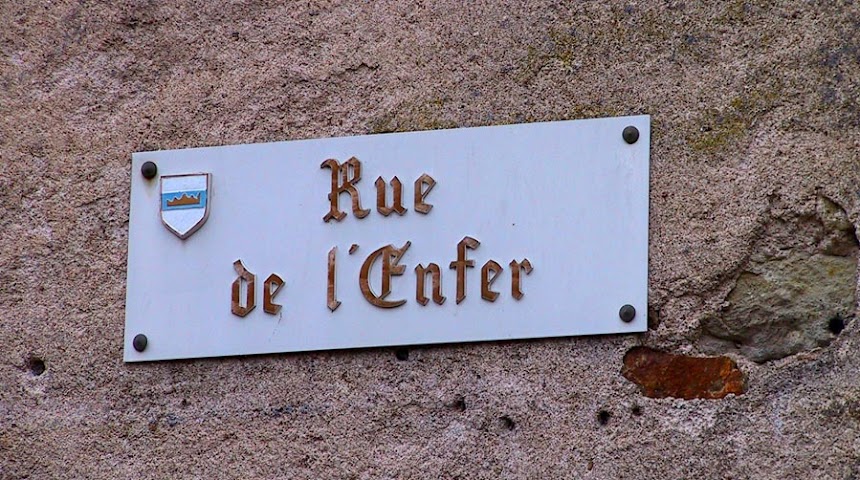 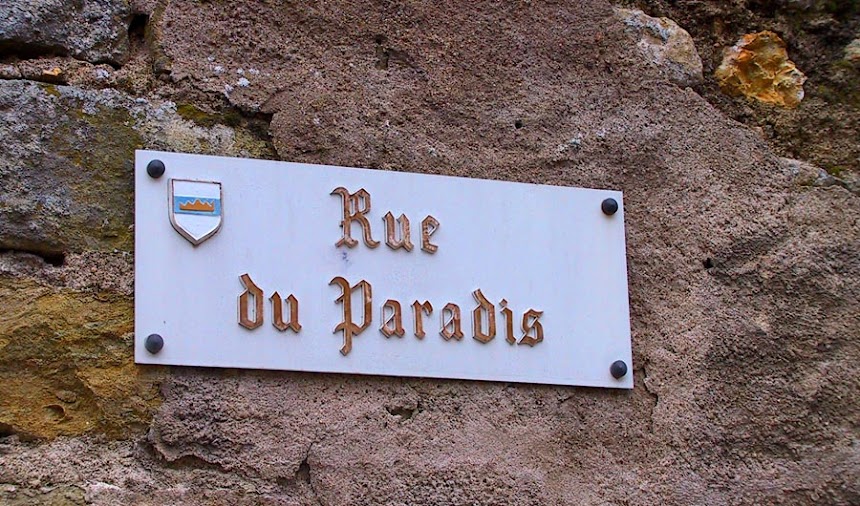