Other signs of spring

Primroses, cyclamens, buds about to burst on the forsythia — all those are harbingers of spring. And the toads. They have emerged from their hibernation. 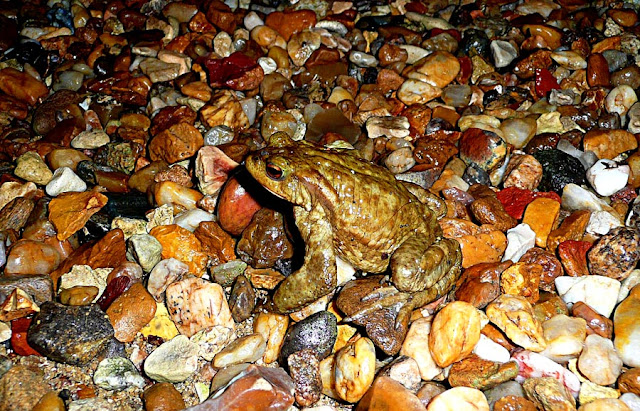 A toad on the gravel outside the back door

Last night after dark I went out with Callie for a few minutes. Pretty soon I realized there had been an invasion of toads during the evening. I saw at least a half dozen of them. I had to come back in and get a flashlight because I was afraid I would step on a toad by accident if I kept walking around on the gravel. I also got my camera. 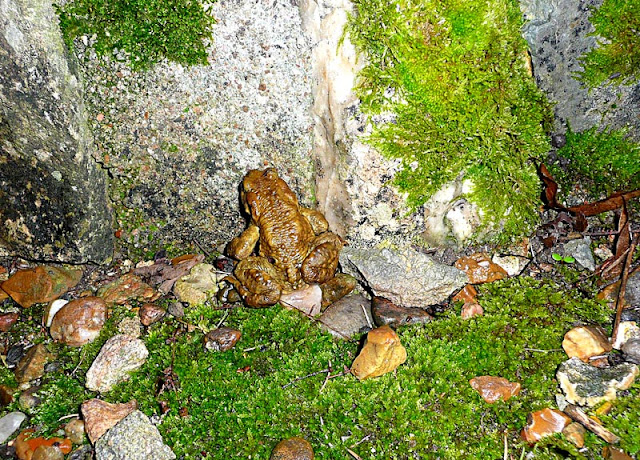 A toad against a background of rocks and moss

The toads really are a sign of imminent springtime. They will soon migrate toward the duck pond out back, on the edge of the vineyard, and start their mating ritual.

They are ugly things, aren't they?

I think I also heard a frog croaking over in the neighbors' yard last night when I was outside. The toads don't croak, as far as I can tell. The frogs usually come out a little later in the season. They are bright green and they do a lot of loud singing for a few days or weeks.

P.S. I'm getting bogus comments from somebody named Ivan. At least I think they are bogus. Don't click on the links in his comments or on his name — you might catch a virus. If Ivan is really a person, maybe he will respond to this warning. I suspect he's a robot. I delete his comments as soon as I see them, since they consist purely of a link to some suspect site.
Posted by Ken Broadhurst at 07:59