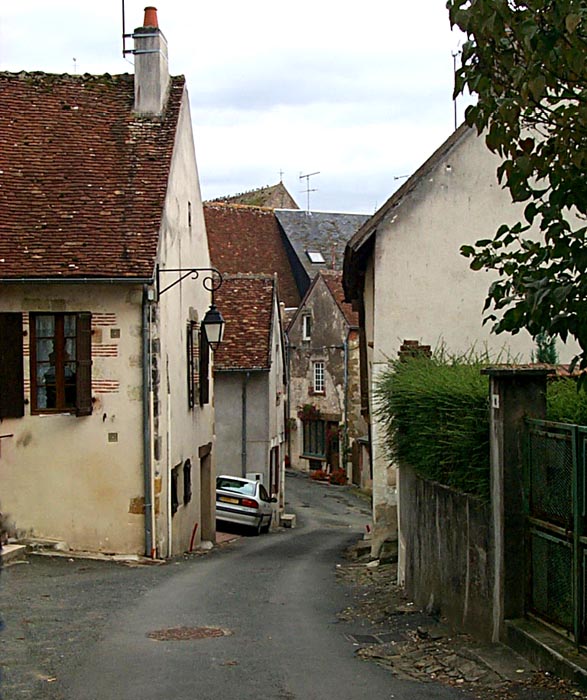 Steep, narrow streets in Mennetou-sur-Cher
When we were spending a week in Vouvray in October 2000, I read this in the Michelin green guide: « Mennetou-sur-Cher. Bourg médiéval encore entouré de remparts ». "Medieval burg still surrounded by ramparts." That sounded like a place I wanted to see, even if it was at least an hour's drive from our gîte. 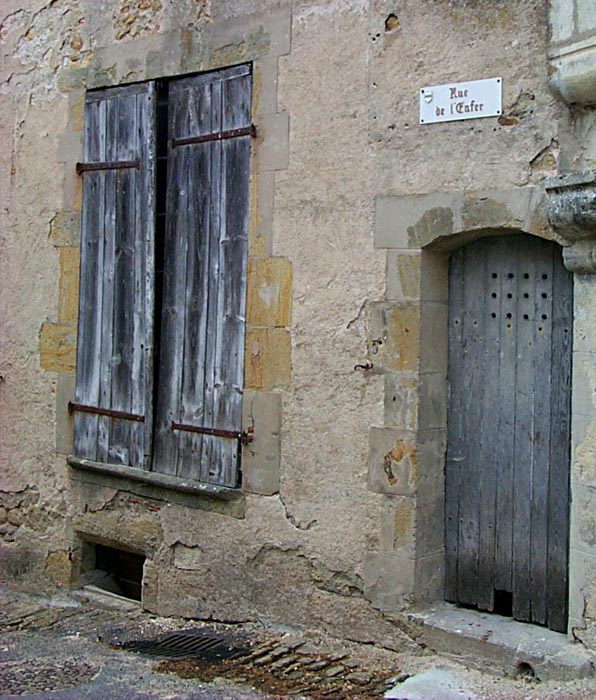 La rue de l'Enfer — Hell Street — in Mennetou-sur-Cher
We spent the morning at the château de Chambord, and we had lunch at a Logis de France restaurant in the town of Bracieux. I thought it was excellent, but I don't remember the name of the restaurant. And after lunch, we drove the 50 km/30 mi. south to Mennetou, with a stop to look around in Romorantin. 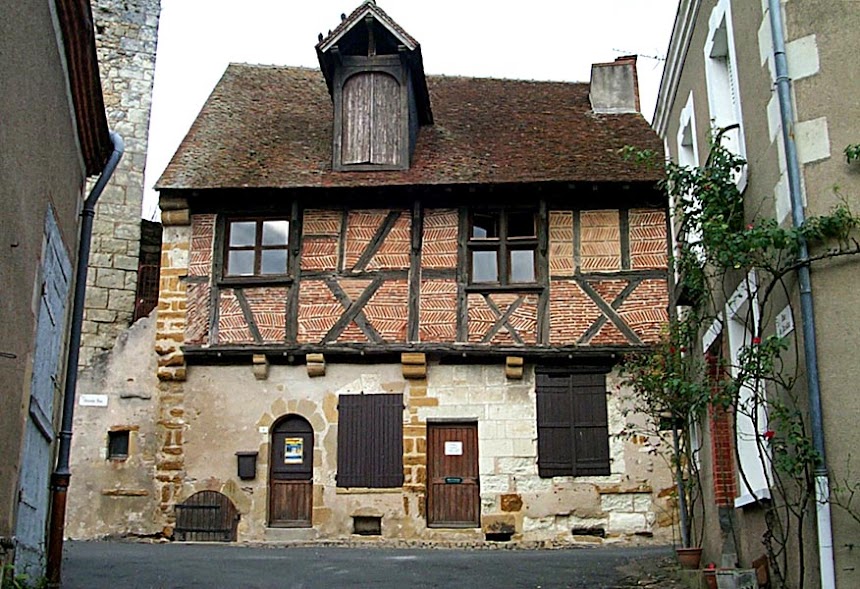 A 15th-century house in the old town of Mennetou
Mennetou-sur-Cher is not Disneyesque perfect, that's for sure. As the green guide says, three of the five old towers that anchored the walls of the town remain today, and there are three old stone gates into the city. When we were there, it felt a little like a ghost town. I've been back several times over the years, and it is always pretty much deserted. It's right on the main road that goes from Saint-Aignan to Vierzon. 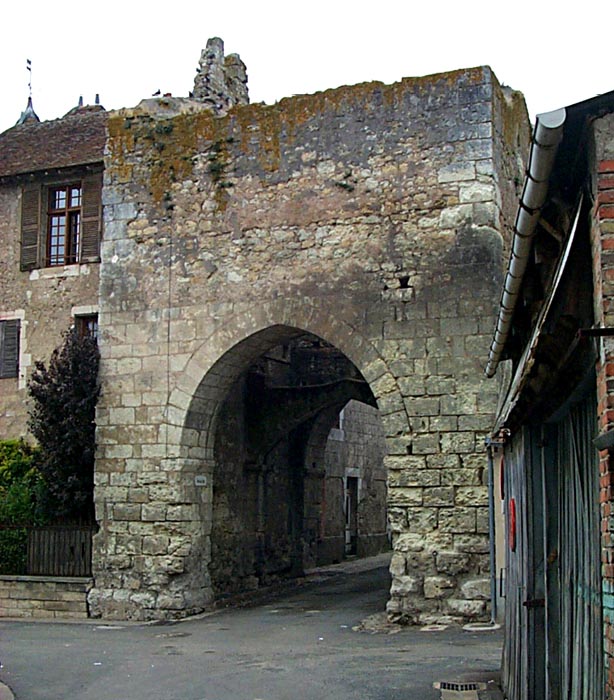 One of the old gates you pass through to get into the town
Mennetou is just 15 km, less than 10 miles, south of La Ferté-Imbault, the Sologne town I've just posted two topics about. But Mennetou is obviously in another world. Instead of a flat landscape with fine brick buildings, it's an old fortress on a hill above the Cher River valley. There's an entirely different feeling. 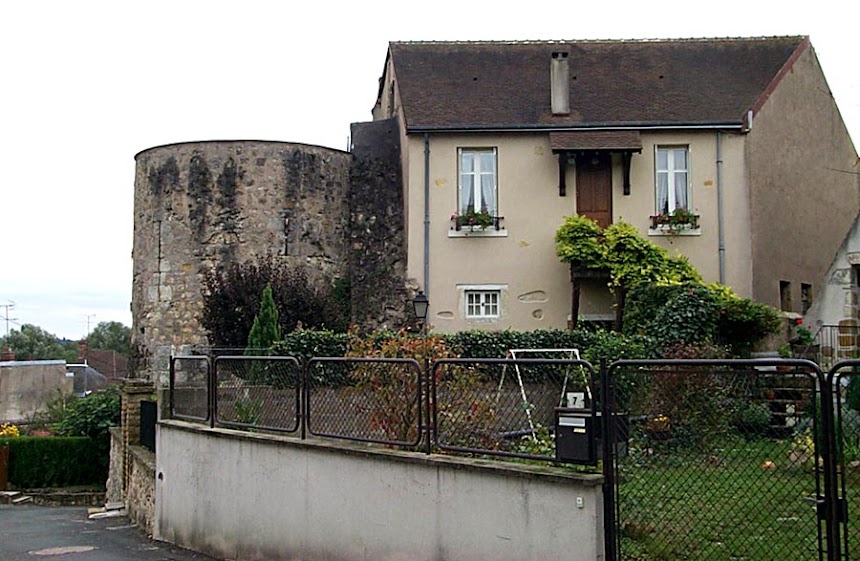 This modern house was built on ancient foundations
and is attached to an old round tower
Michelin says the ramparts, or walls, of the town were built in the early 1200s. The streets are lined with houses dating back to those years, Gothic in style, and others that go back to the 1400s in Tudor style as well as houses from the Renaissance, the 1500s. There are also modern constructions. All these are in varying states of repair and maintenance. 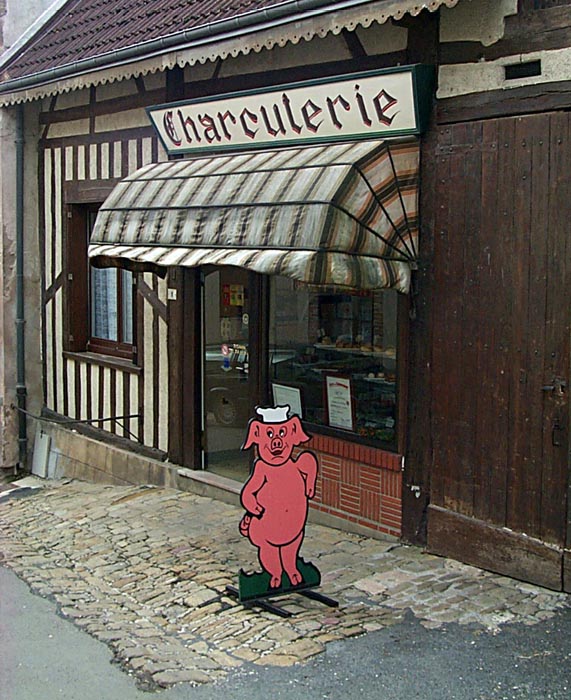