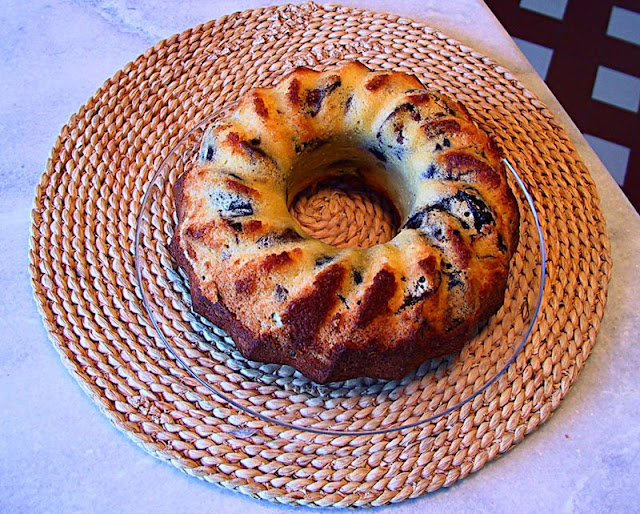 I've written about cooking with prunes many times on this blog. I've posted about making tajines, or Moroccan braised dishes, with prunes — one lamb and one chicken (recipe). But I've never posted anything about making a dessert with prunes. You'd think that would be the first kind of recipe that somebody would think of when the question turns to prunes, wouldn't you?

The other day, we made a prune cake out of Monique Maine's Cuisine pour toute d'année, a little paperback French cookbook that I've been using successfully for more than 25 years. It's a cake I've been making for almost that long, but this time Walt helped me make it even better. 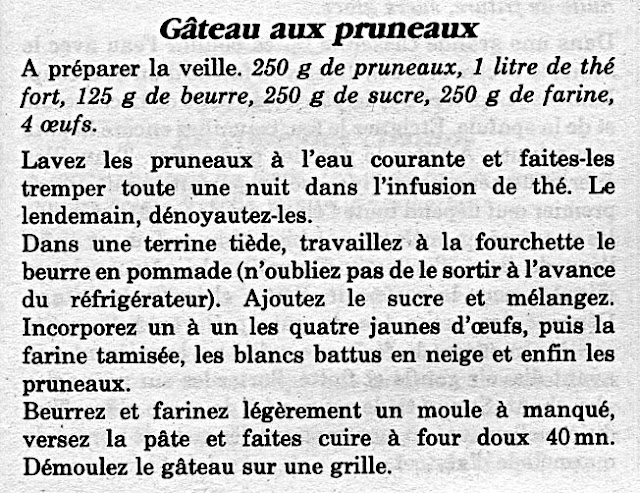 And here's my translation for the ingredient list:
So it's pretty simple. The first thing the recipe says is to start the day before by rinsing the prunes under running water and then soaking them overnight in the strong tea. 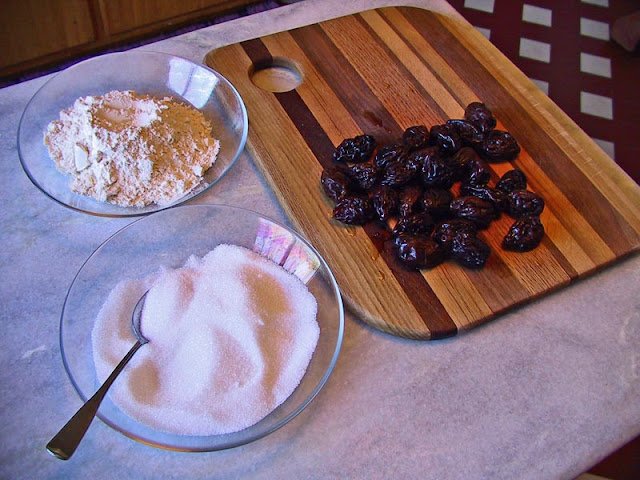 In practice, I've found that soaking the prunes for about two hours is sufficient. I think prunes are sold not quite so dry as they used to be, so less soaking is fine. California prunes are excellent.

After you soak the prunes, pit them. I just cut them open, pop out the pit, and then cut the prunes in half. You could cut them into smaller pieces if you wanted to. 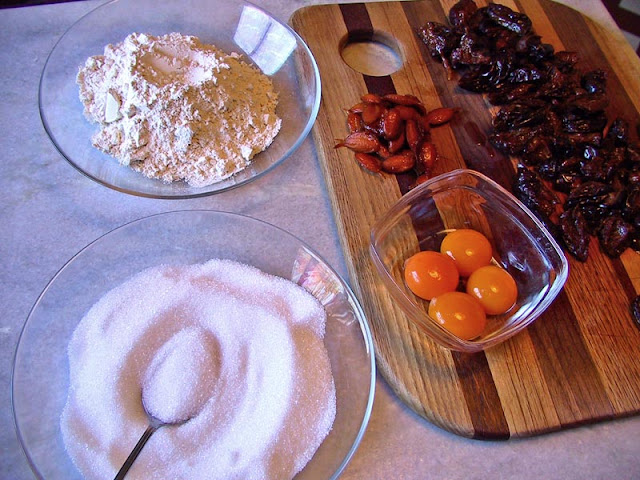 Soak and pit the prunes. Separate the egg yolks from the whites.

Now you make the cake: Put the softened butter in a lukewarm bowl and pour in the sugar. Mix with a fork until all the sugar is incorporated.

Separate the egg yolks from the whites and mix the yolks into the sugar-butter mixture one at a time, incorporating each yolk well. Then mix the flour in. You will have a very stiff batter. 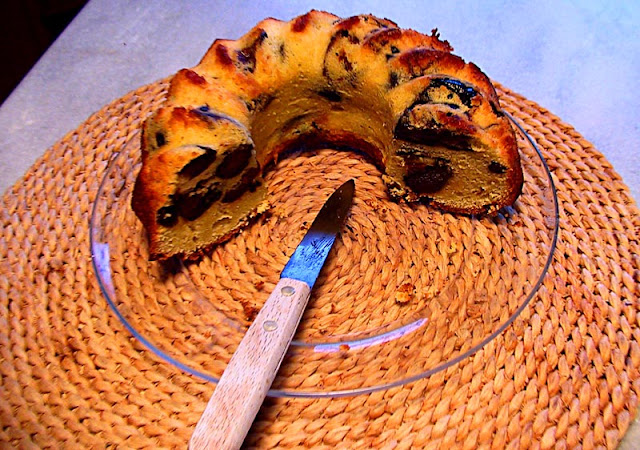 Bake the cake in a buttered cake or loaf pan in a 350ºF oven for about 40 minutes, until a skewer inserted into the cake comes out clean. 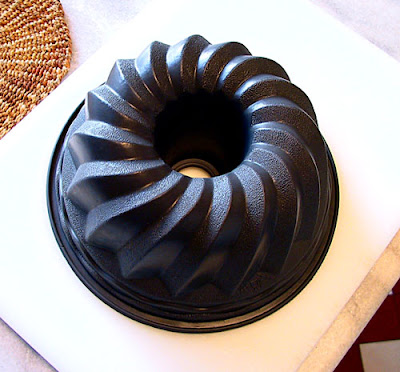 I added about a teaspoon of armagnac (a French brandy similar to cognac) to my recipe, because that's a classic flavor with prunes. Armagnac is made in the southwest France region where the best French plums are grown. It's optional. You could put in a drop or two of vanilla extract or kirsch.

And as you see I baked the cake in a moule à savarin, which I guess is the French equivalent of a bundt pan. I made the French cake called a savarin a couple of years ago but that was the only time, and this was a good occasion to use that mold again.

I haven't tried it yet, but I think this same cake would be really good made with dried apricots soaked the same way, but in white wine or just water. I have to try it — maybe today or tomorrow.
Posted by Ken Broadhurst at 08:46