The first time I ever spent much time in the Loire Valley was in October 2000. Walt and I, with our friend Sue from California, had rented a gîte just outside the wine village of Vouvray, near Amboise and Tours, and we spent a week there. We did day trips every day except the first, when to battle jet lag we decided to spend the day outside on foot, to take in the air and sunshine. That day, we walked down to the village of Vouvray and up into the vineyards at a leisurely pace. 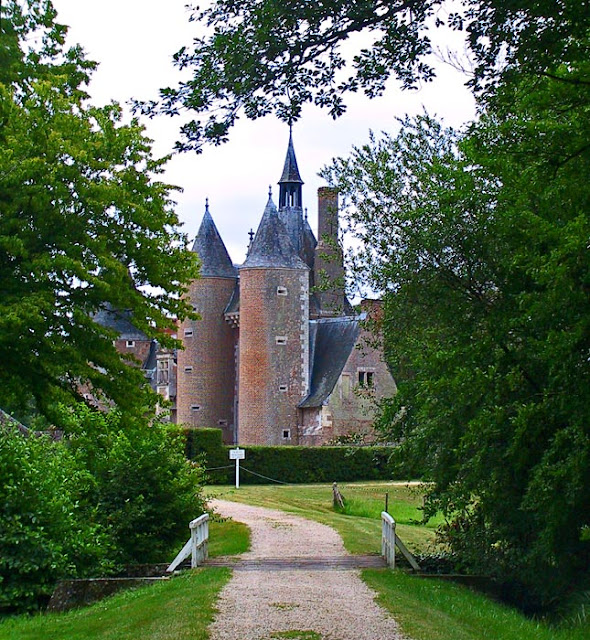 Le Château du Moulin in the Sologne region, near Romorantin

We had planned to go see the main sights in the region, and that means châteaux. Those are castles, but the English word doesn't really describe them very well, because there are so many styles and types of châteaux, from Medieval fortresses built for defensive purposes to Renaissance palaces, mansions, manor houses, and hunting lodges built for living the good life. 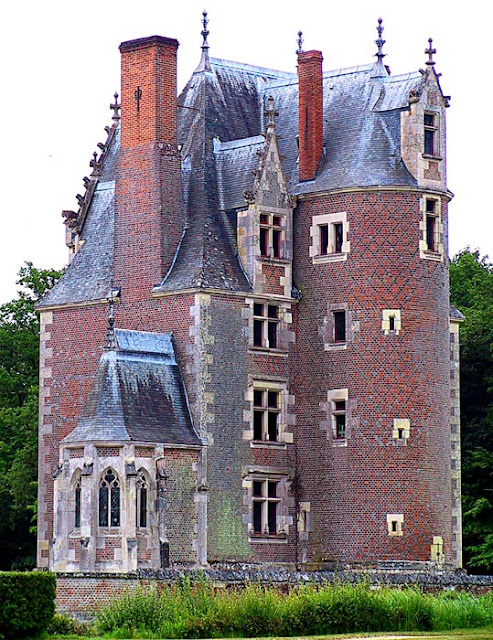 The château du Moulin was built at about the same time
that Columbus "discovered" America.

The main châteaux we wanted to see were of course Amboise, Blois, Chenonceau, Chambord, Cheverny, Chaumont-sur-Loire, Azay-le-Rideau, Langeais, Saumur, and Chinon. That gives you an idea how many châteaux there are an within 80 km/50 mi. radius of Tours.

We had also heard of the châteaux at Fougères-sur-Bièvre, Montrichard, Valençay, Montrésor, Loches, and Montreuil-Bellay, and we went to see those too. We obviously did entirely too much, and wore ourselves out driving to, from, and through villages and towns all over the region. 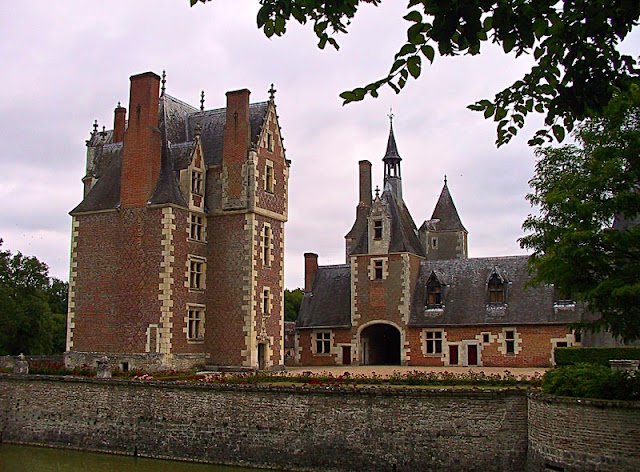 The château originally was surrounded by turreted fortifications,
but they were torn down as France settled into peaceful times.

In my reading and research to plan the trip, I depended mostly on the Michelin Green Guide for the Châteaux de la Loire. On one of the introductory pages on planning a tour of château country, I stumbled upon an aerial photograph of a place called Le Château du Moulin. I'd never heard of it and it looked like it might be worth a visit. Nearby, the Michelin said, there was also a medieval, walled village called Mennetou-sur-Cher. I wanted to see that too. 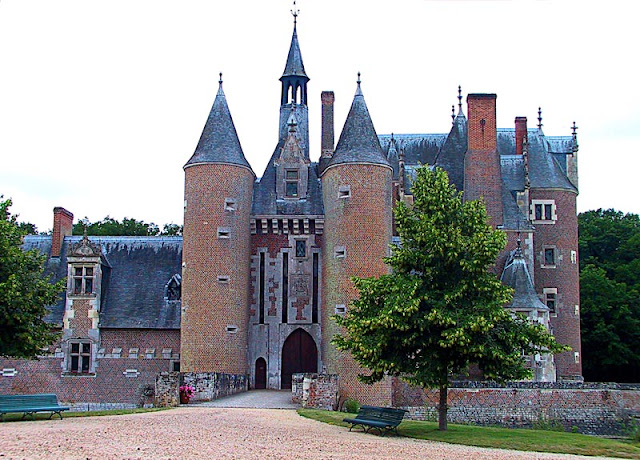 All tours are guided, and the château du Moulin
closes down for the winter.