What a beautiful morning it is here in Saint-Aignan! The sky is perfectly clear, and a nearly full moon set just a few minutes ago. Now the sun is coming up behind the trees across the road and the horizon is tinged with pink under a blue sky. It's going to be the nicest day of the year so far.

Roussillon in Provence
But I was talking about Provence. One of the most beautiful villages in the Luberon Valley, east of Avignon and north of Aix, has be to Roussillon. It is built at the top of hills that are made up of the substance called ocher — ocre in French — and which has the color of what we would call red clay. 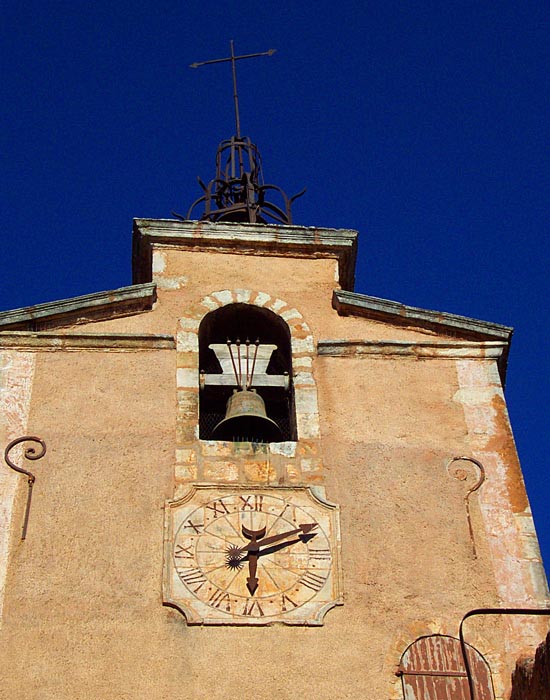 Ocher (also spelled ochre) is a name for naturally occurring mineral oxides that come in colors from yellow to red to purple and can be used to make dyes. The ocher around Roussillon is a mixture of clay and iron oxide. The stucco used on the façades of the buildings in the village is made from it, so most of the buildings have that characteristic color, and so do the surrounding cliffs and crags. 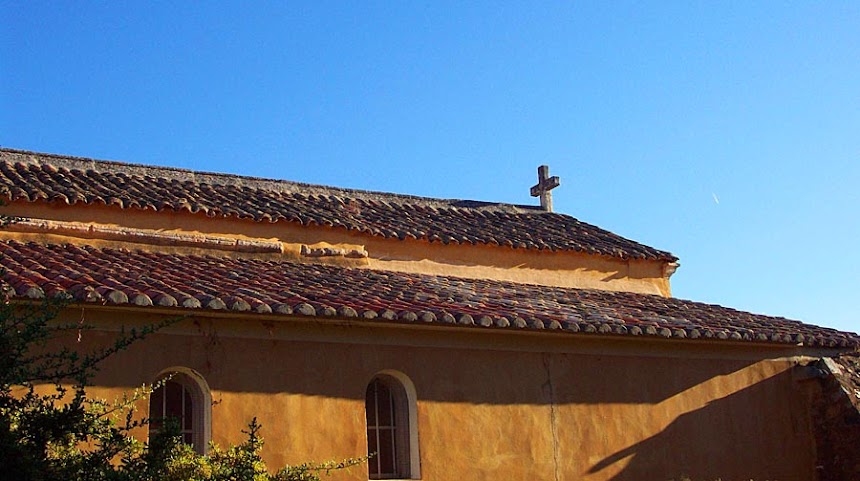 Roussillon's church
That color is the big attraction at Roussillon, along with the warm, dry weather and the deep blue sky. You can see the royal blue of the sky in some of these pictures, and it's authentic. I don't use filters and I haven't retouched these photos to exaggerate the color of the skies. 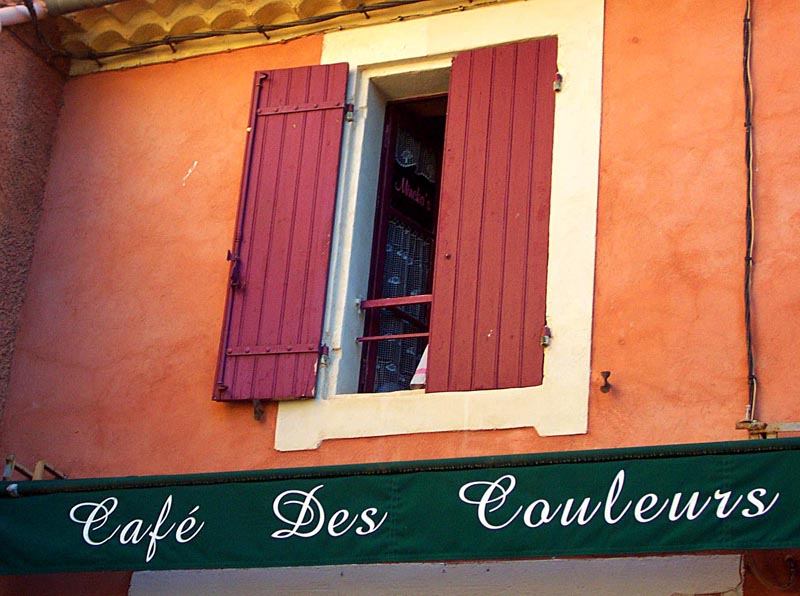 The colors of Roussillon
When you arrive at Roussillon, you park your car in a big lot just on the edge of the village. There's no need to drive further in. In the parking lot, there is — or used to be — a souvenir shop/art gallery with a big sign that says « Ocrement Dit » — a pun on the French expression « autrement dit », which means "in other words." Ha ha ha. I guess I didn't take a picture of it. 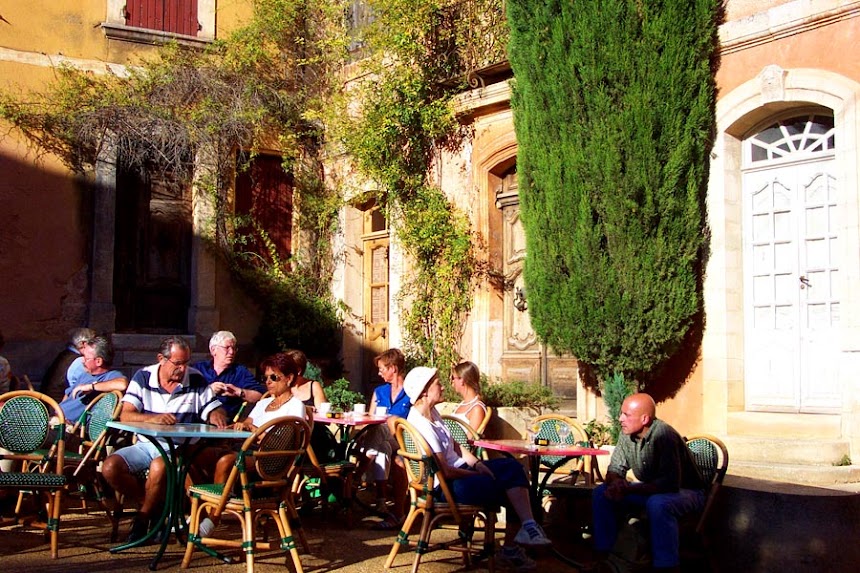 September 11, 2001, in Roussillon
And then there is the very nice Café des Couleurs with table set up in front of an old house that in 2001 seemed to be empty and in need of some TLC. With the bright sun shining down out of a navy blue sky, the façade of the old building projected not only light but heat down onto the café tables below and the people enjoying a drink and some conversation there. 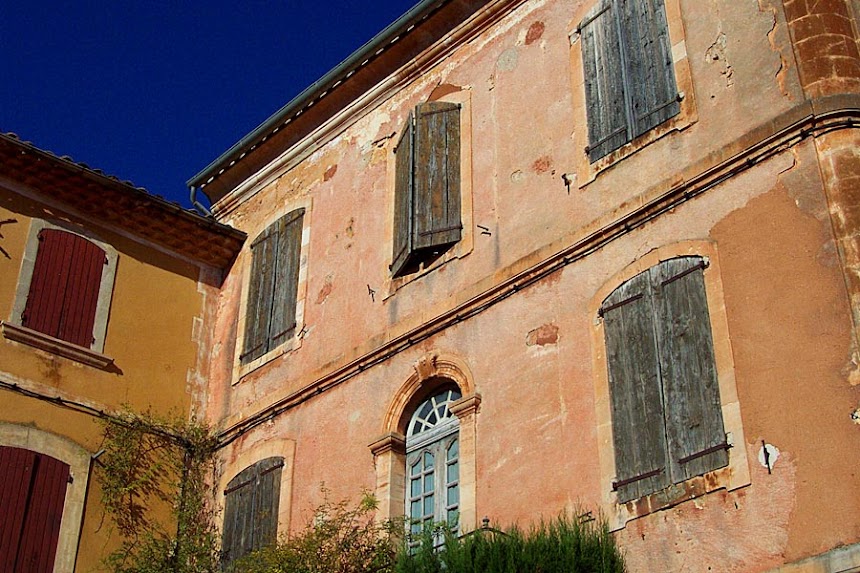 Looking up over the heads of the people seated in the picture above
When I look at these pictures again, I'm really sorry that pollen allergies can keep me from enjoying such a beautiful place as Provence. But it's a fact. I suffered for 10 years in California — the allergies came on suddenly in 1992. An allergist in San Francisco told me he thought the best thing I could do would be to go live elsewhere — but not in California or Arizona or Las Vegas, or even the South of France. Too many cypress and olive trees Go north, he told me. Seattle. Or Paris. Normandy. Why not the Loire Valley?
Posted by Ken Broadhurst at 08:02