Some cool air just moved through the living room! It felt good. Today is going to be another scorcher, though. This morning, at 6:15, it's 23ºC outdoors, according to our thermometer, and it's 26ºC in the house. Those temperatures translate to 73.5ºF outside and 79.9ºF inside. We'd be happy with heat like that in mid-afternoon, but we're not so thrilled with it before sunrise. Happy July!


Officially, a canicule, or a dog-days heat wave, is declared when there are three nights in a row with low temperatures of or above 20ºC, and three days when the temperature is at or above 33ºC — lows around 70ºF and highs of about 90ºF for three days in a row. In other words, that's cause for alarm and an emergency is declared. The hot air is flowing up from the Sahara Desert.


Most people don't have air-conditioning. There just aren't enough hot days to justify having it installed. The houses here are mostly heated by radiators — not forced air. Some people have portable, roll-around AC units to cool a room or two in their houses. Most don't. We don't.


So we just have to suffer through the extreme heat. Late yesterday afternoon it was 33ºC (90ºF) up in our loft room. Luckily, there isn't much humidity. Still, it was like an oven. As we used to say when we'd go to the desert in Southern California or Nevada back in the 1990s, what they put on your tombstone is:  "It was a dry heat..." 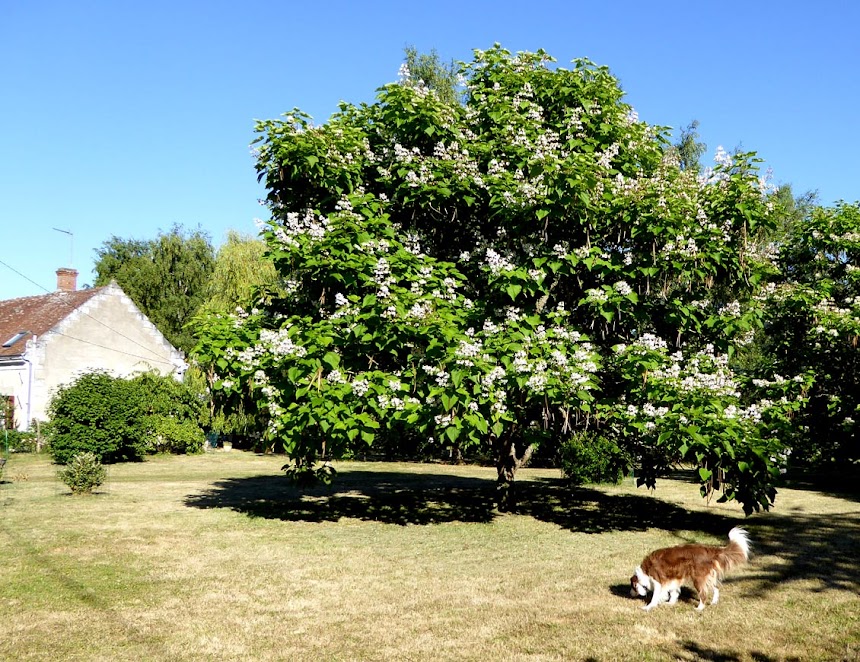 Callie out by a catalpa tree yesterday afternoon — notice the parched grass. 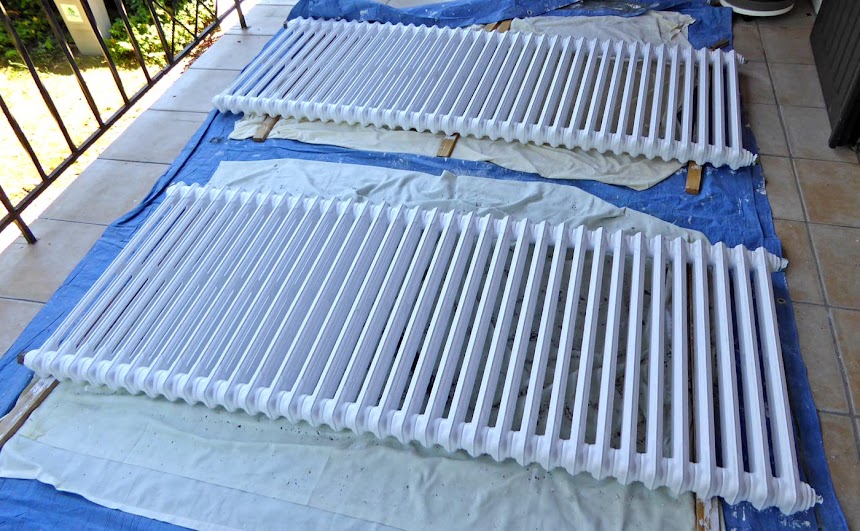 Freshly painted radiators drying on the front terrace yesterday — we won't be needing those today.


When I got up at 6:15, I looked out a loft window and I saw a big white van out in the vineyard. That's one of the La Renaudie vineyard crew. He's putting in the support wires for a new plot of vines. He's starting his day at 6 a.m. so that he won't have to be out there working in the heat of the afternoon. 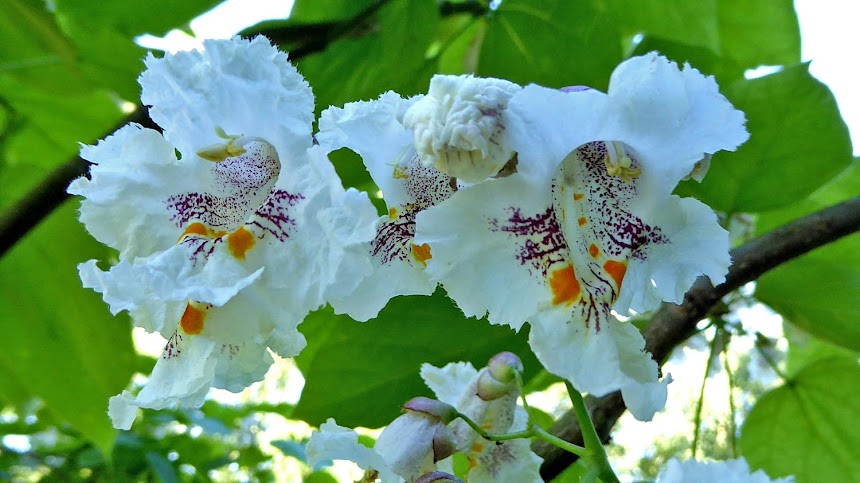 
Our 80-something neighbors across the road had all their shutters closed when I took Callie out for a short walk at 6:30 yesterday evening. Closing the shutters is supposed to protect your interior from the heat of the sun, but I'm not sure I like that idea much. I don't like being in the dark, and I want some air moving through. Not that there's really a breeze this morning. 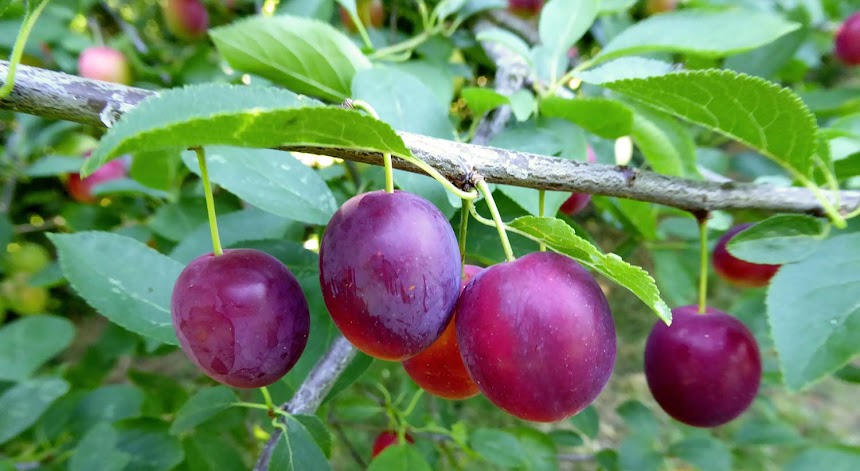 ...and plums at risk of becoming prunes on the tree


This kind of weather is supposed to last until at least the weekend. In 2003, which was our first summer here in Saint-Aignan, the heat wave lasted for a couple of months. It's was especially hot in the first part of August, and thousands of people died of heat-related causes, including dehydration and heat stroke. Wish us luck.
Posted by Ken Broadhurst at 07:30