These are three more or less unrelated photos. What they have in common is geography — all show scenes in central France. All were taken in early June. 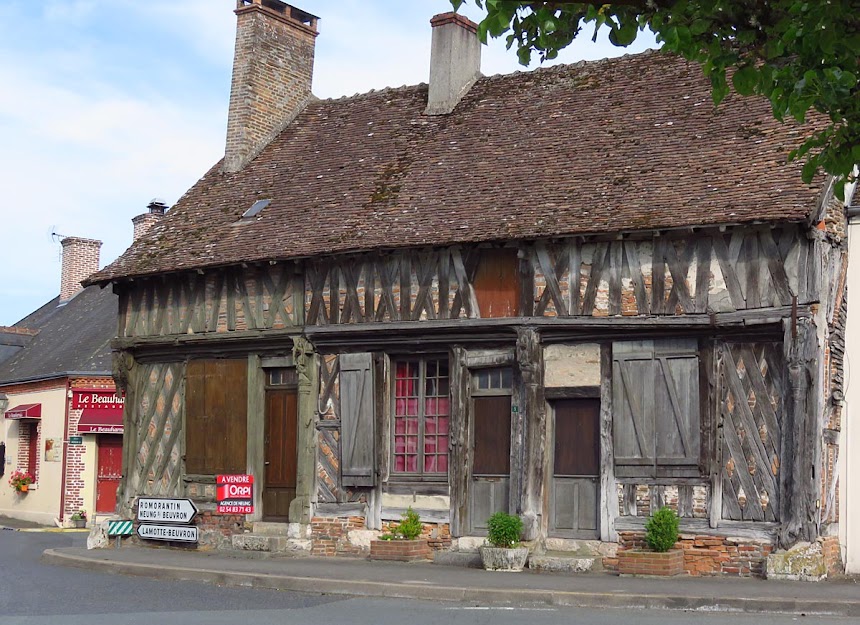 The house above, in the Sologne town called La Ferté-Beauharnais (pop. 529), was for sale on June 1. Maybe it's not too late to scoop it up in early July, if you are interested. In fact, here it is on a real estate web page. The asking price seems to be about 70 thousand euros, considerably less than 100 thousand dollars at today's exchange rates. (After studying the web site, I think it might just be the corner unit that's for sale, not the whole house.) 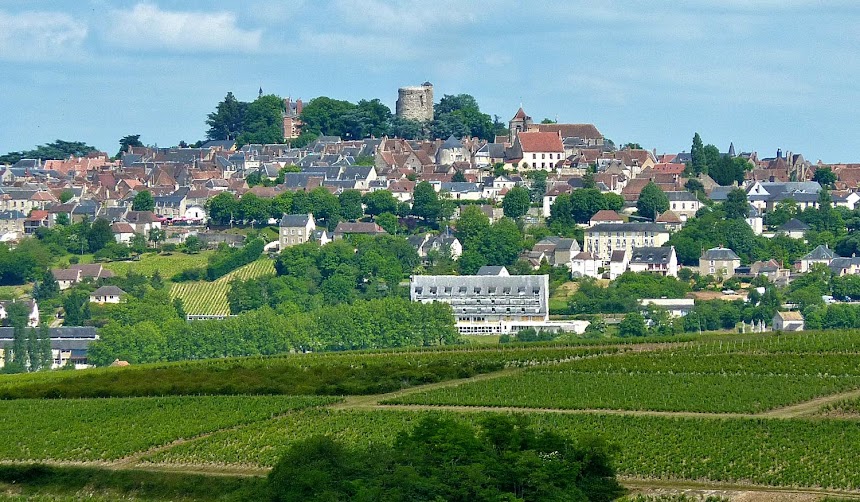 Above is one more photo of the wine town of Sancerre, which is another hour east of La Ferté-Beauharnais and about which I have done several recent posts. It sits on a hilltop not far from the Loire River, which at that point runs south to north. It's Sauvignon Blanc and Pinot Noir wines are famous worldwide. 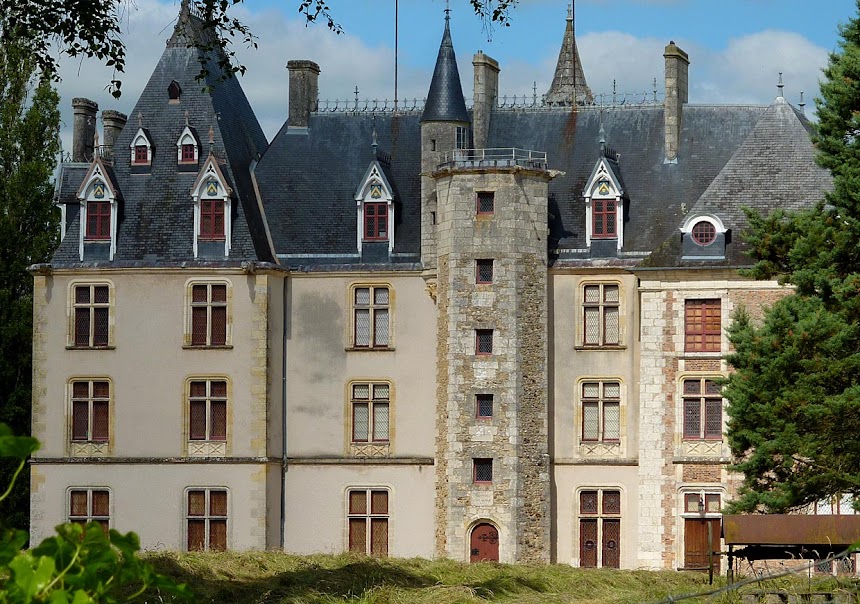 Finally, here's a château that's not far north of the city of Bourges and near the wine village called Menetou-Salon. It's the Château de Maupas and it has existed since the 13th century — though it has been modified and "modernized" over the centuries. The same family has lived here since 1682. The château is open for guided tours.
Posted by Ken Broadhurst at 07:30