The Leaning Tower of...

...Etampes. Maybe you've been there — it's the terminus of an RER line. The small city of Etampes (pop. 25,000) is just about 50 kilometers (an hour) south of Paris, right on the border between the urban sprawl to the north and the open countryside to the south. I was there on June 1, and had a nice lunch with CHM, P, and M in a restaurant in the middle of town. 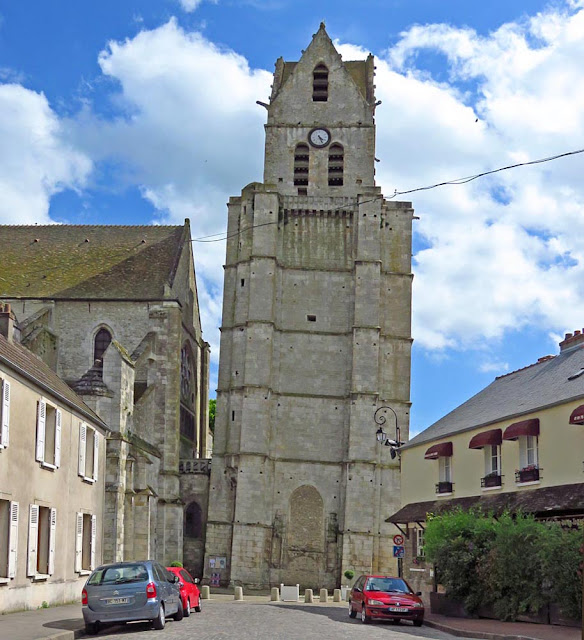 One of the landmarks (a curiosity, really) in the town, which is very ancient, is the bell tower at the church called Saint-Martin-d'Etampes. Etampes and the former village of Saint-Martin, now a neighborhood in the town, existed in the Gallo-Roman period, as long as 2000 years ago. The remains of a Roman villa have been found in Saint-Martin by archeologists. 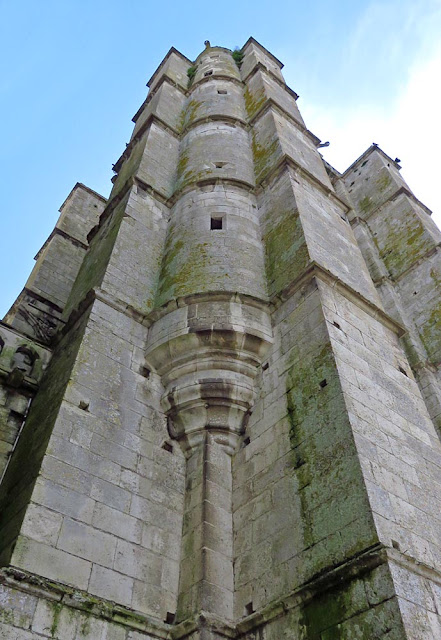 There has been a church on the site of the current Eglise de Saint-Martin-d'Etampes since the time of Clovis, the first Frankish king to become a Christian. That puts it about 1500 years ago. The current church was built "only" in the 1100s, after the village was destroyed during the Viking invasions of the tenth century and subsequently rebuilt. 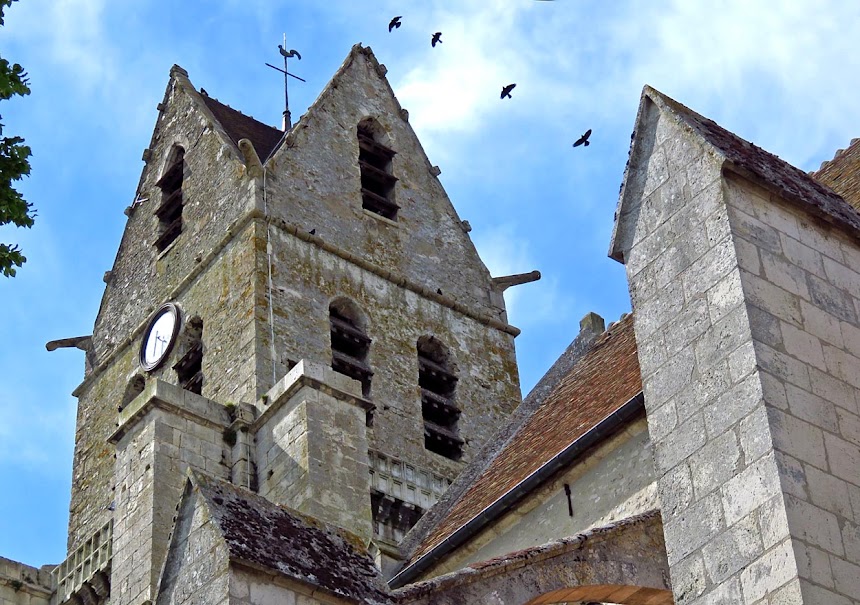 This church was built between 1142 and 1170, but the tall, leaning bell tower in front of it dates back only to the year 1537. It was under construction at the time when the big Loire Valley châteaux, including Chambord and Chenonceau, were being built, during the French Renaissance. 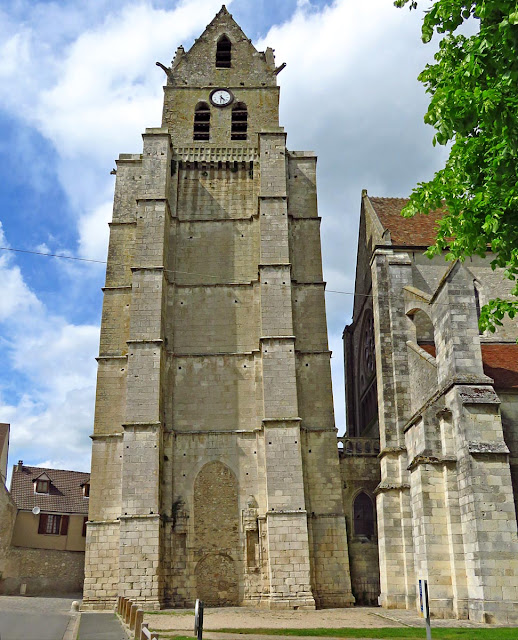 Construction of the tower, which is about 50 meters (165 feet) tall, was briefly interrupted when the ground it was being built on settled or "subsided", leaving the partially built structure leaning to the west, away from the older church building. Construction continued, and it appears that the tower was given a slight curve to compensate for and counter-balance the one-meter lean. 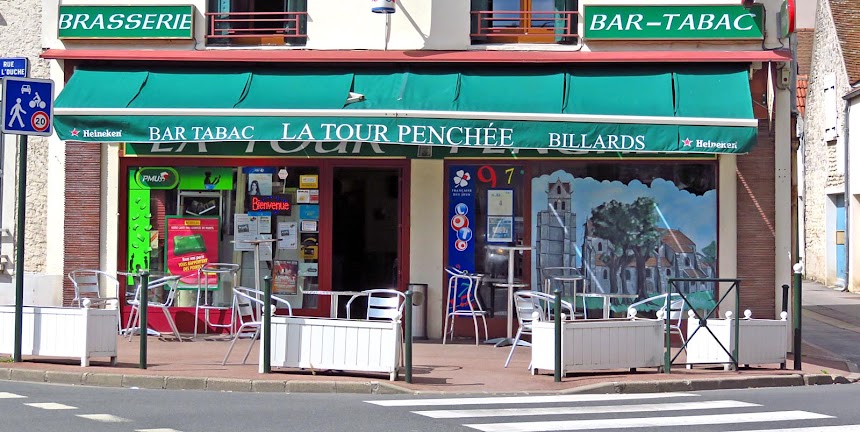 Imagine someone stepping out of the local café ("The Leaning Tower", of course) after enjoying a drink or two. If he hadn't looked closely at the church tower before going in, he might not believe his eyes.
Posted by Ken Broadhurst at 07:30