I was on the rue des Saints-Pères in the Saint-Germain-des-Prés neighborhood in Paris when I noticed this elaborate piece of artwork on a courtyard gate. 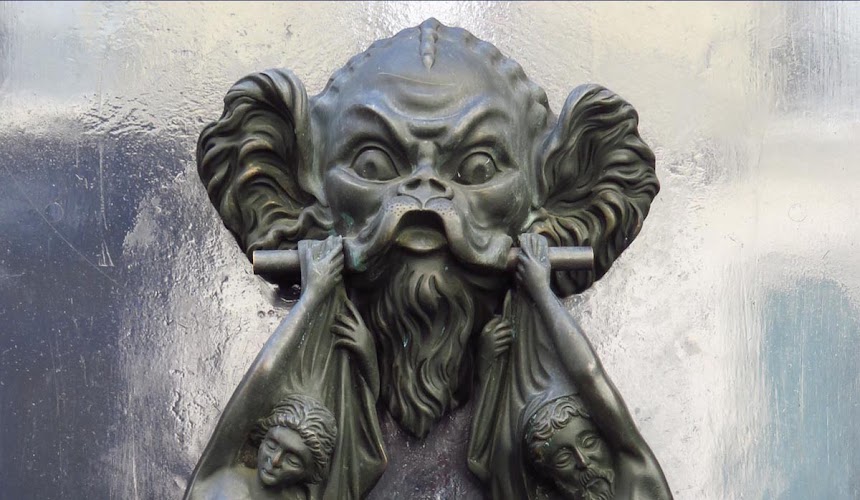 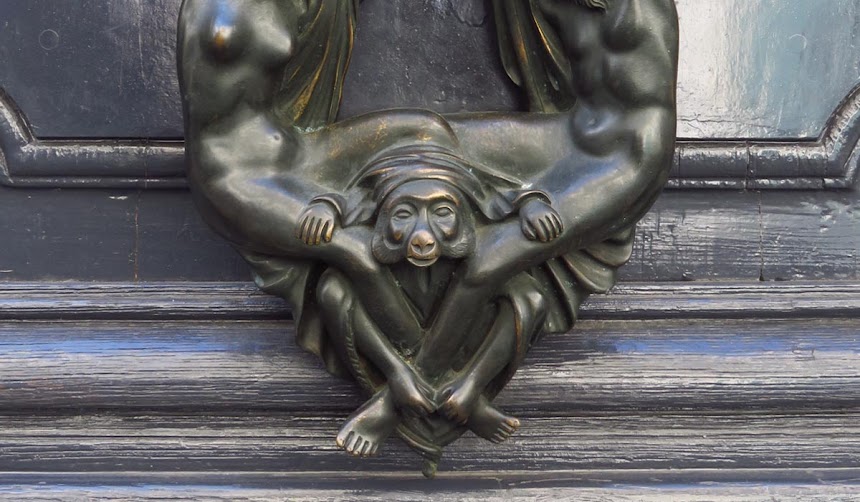 I just found it on Google Maps street view. It's at number 52, rue des Saints-Pères. I worked for a couple of years at number 56 on the same street. This thing must have been there then, but I don't remember ever noticing it. 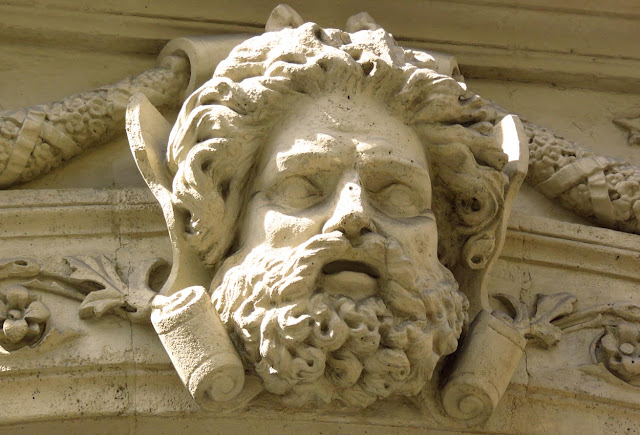 When you're walking the streets of Paris, you have to keep looking down to make sure you don't step in anything nasty, run smack into anybody, or trip over a curb. But if you lift your eyes for a moment, you see all kinds of interesting things. 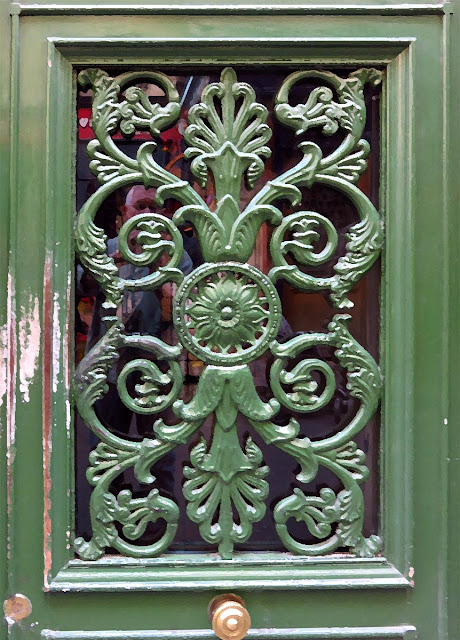 You can see me in this photo, which I took on the rue des Canettes, near where Walt's boarding house was back in the fall of 1981. The street was a hubbub of activity on Saturday, May 30. More photos of that tomorrow or the next day... 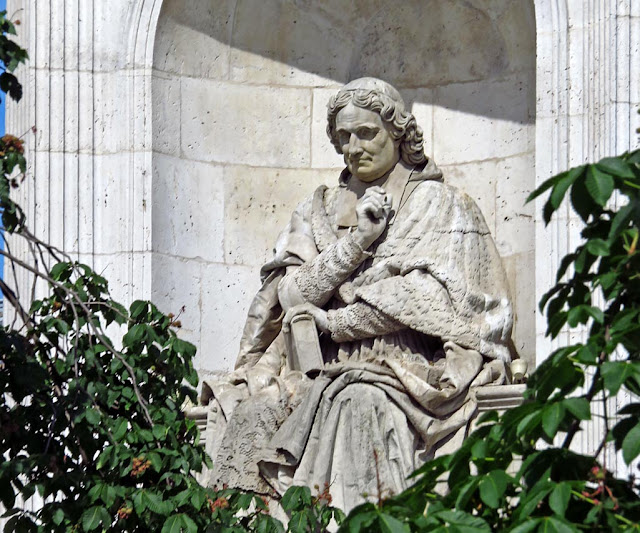 This is one of the statues on the big fountain in front of the Eglise Saint-Sulpice, in the same neighborhood. How many times in my life have I walked through here? Maybe thousdands. If I look on the Internet, I can probably find out who this is. Yes, his name was Esprit Fléchier (1632-1710), and he was the bishop of the southern city of Nîmes. 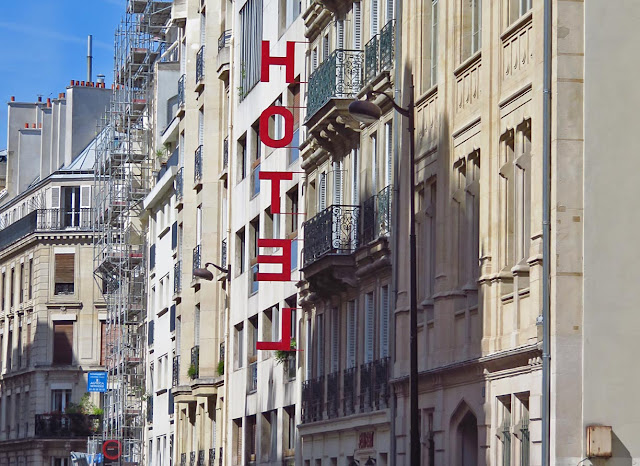 I think this is the rue Jean Bart, very near the rue de Fleurus, the Alliance Française, and the Hôtel de l'Avenir, a neighborhood where I spent years working and wandering around. Yes, Google Maps just confirmed it. It's fun to look at photos that are six weeks old and try to remember or figure out where exactly I was when I took them. 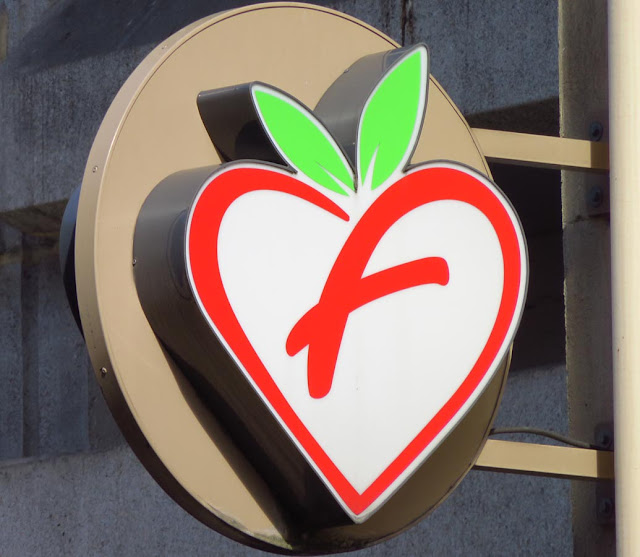 Finally, this is a familiar modern sign in Paris. This one is on the rue de Sèvres, where I stopped and had something to drink toward the end of my walk that Saturday afternoon. Do you know it?
Posted by Ken Broadhurst at 07:30