One of our apple trees — by far the largest of the four — is leaning seriously toward the west. We don't know how old the tree is, but it might have been planted in the 1960s, when the house was built. Or who knows? Maybe it was already growing on the property at that point. 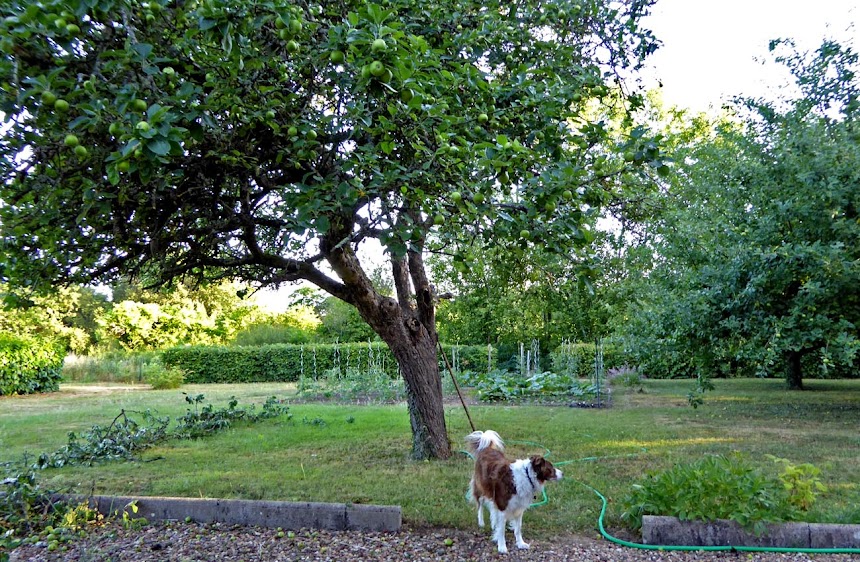 Anyway, it is leaning seriously and the trunk seems to be developing a vertical split under the weight of all the apples this year. Since about 2009, two enormous branches on the east side of the tree have broken off under the strain. Both times, the branches were so loaded with apples that just a little bit of rainfall added enough weight to make the branches crack and fall to the ground. 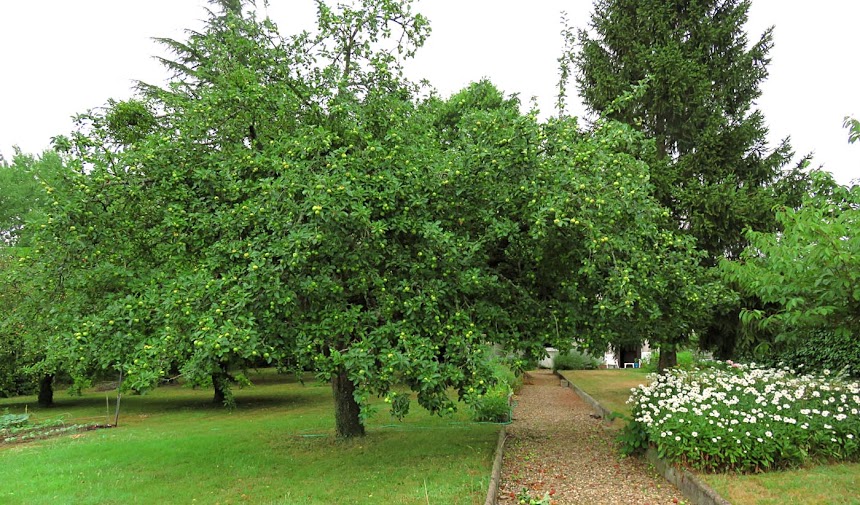 So now all the weight is on the west side of the tree, and this is a year in which the apples are very plentiful. You can see how low the branches were hanging just a few days ago. Luckily, we haven't really had any rain. Anyway, the apples are still pretty small and green at this point. 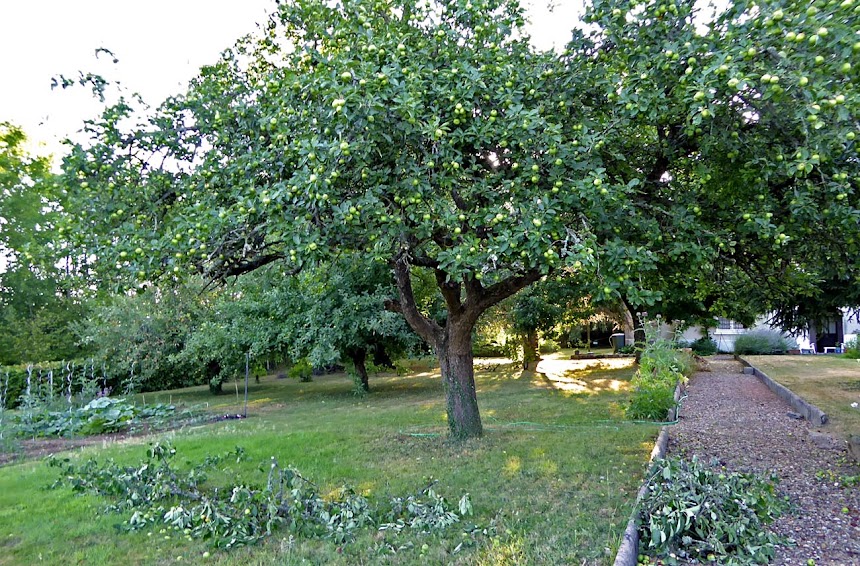 The other day, in an effort to keep the tree from toppling over, I went out and cut off a lot of low-hanging branches — and hundreds of apples (above). I picked up a basket-load of the green fruit with the idea of making green-apple jelly, which is loaded with pectin, I've read. I don't know if I've cut off enough heavy branches to make a difference... time will tell. 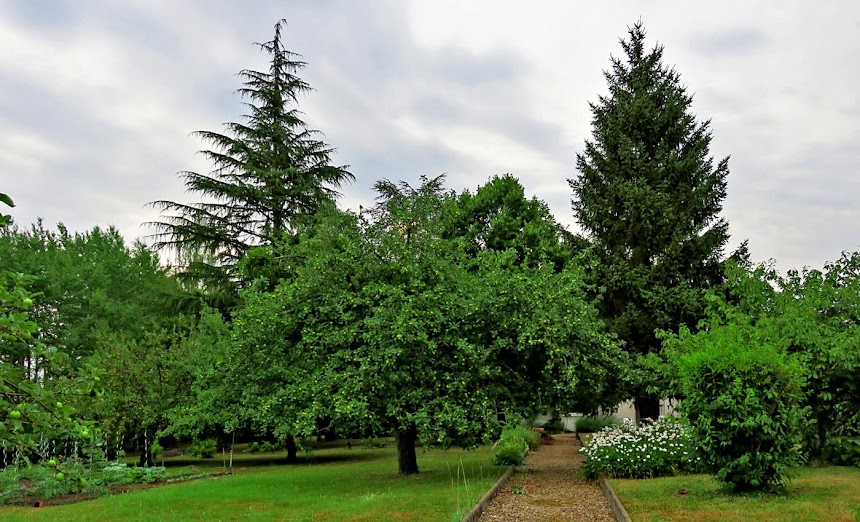 Our blogger friend Jean of A Very Grand Pressigny says the apples on this big old tree are called "Bramleys" and they are great for making pies, tarts, and crumbles. They are pretty sour eaten raw. We've already lost one of the five apple trees that were growing here when we moved into the house in 2003, and now it looks like this gigantic one isn't long for this world.
Posted by Ken Broadhurst at 07:15