Isn't it always the way? As soon as I posted about the dry dry dry and hot hot hot weather we've been having for what seems like months, yesterday turned out to be a rainy day. We didn't get enough rain to really wet the ground thoroughly, but it was enough to raise our humidity levels to record highs (that's just my impression). 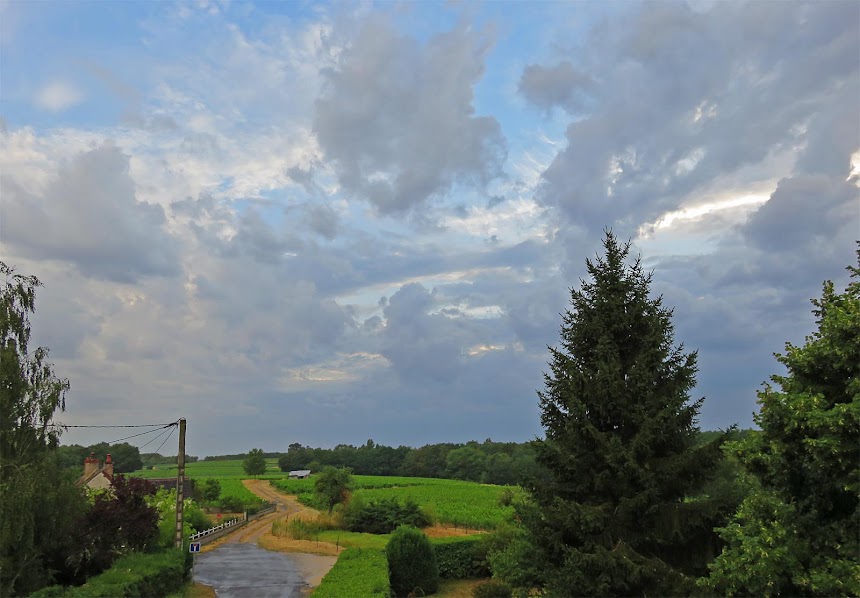 At about 8 p.m., we started having thunder and lightning, but it wasn't very close and didn't last very long. The raindrops were big and fat. When it brightened up outdoors a few minutes later, I took the photos above and below out of one of our loft-space windows. We'd already had drizzly showers for much of the day. 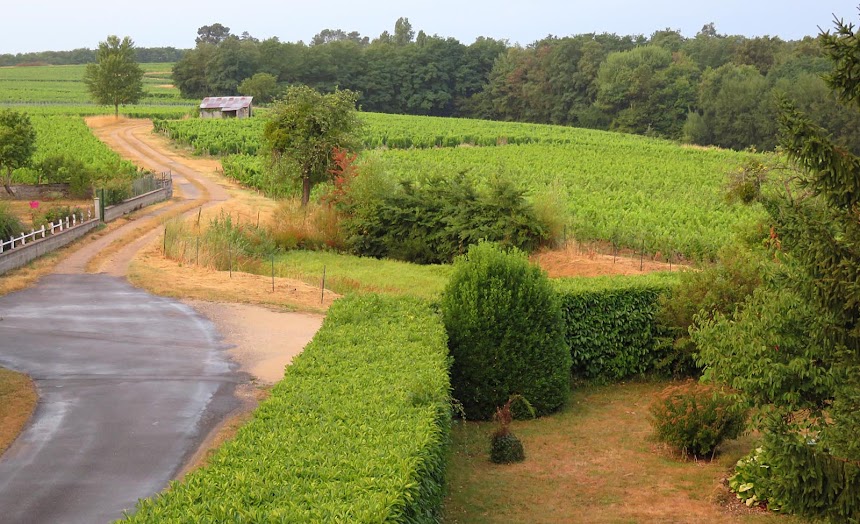 I had a hard time getting to sleep after going to bed at 10, because of the heat and humidity. Just as I was dozing off, there was another little thundershower, with lightning closer that time, and loud thunder, but little or no rain. Callie started barking at the noise. Then at 2 a.m. Callie went wild barking again, and all the lights seemed to come on at one time. I opened my eyes to see Walt trying to chase a bat out of the room and Callie chasing around wildly barking at it. What a night!

By the way, here's another photo of that headless snake out in the vineyard. I'm posting it at a small size so you don't really have to look at it if you don't want to. You can click or tap on it to enlarge the image. I still wonder what killed it. Maybe it got run over by a tractor.


Callie gives the photo some scale. She was only slightly curious about the strange thing and didn't linger over it. As I said in a comment this morning on yesterday's post, this is not what would be called a grass snake in the U.S., as far as I know.
Posted by Ken Broadhurst at 07:20