Thanks to Walt's watering regime and the good weather we've been having, the tomatoes are doing great out in the vegetable garden. The zucchinis are too. Cucumbers started producing but then stopped — I think temperatures just got too hot for them. They're starting to produce again now that it has cooled down slightly. We're still hoping for crops of eggplant, bell peppers, and jalapeño peppers later in the season. 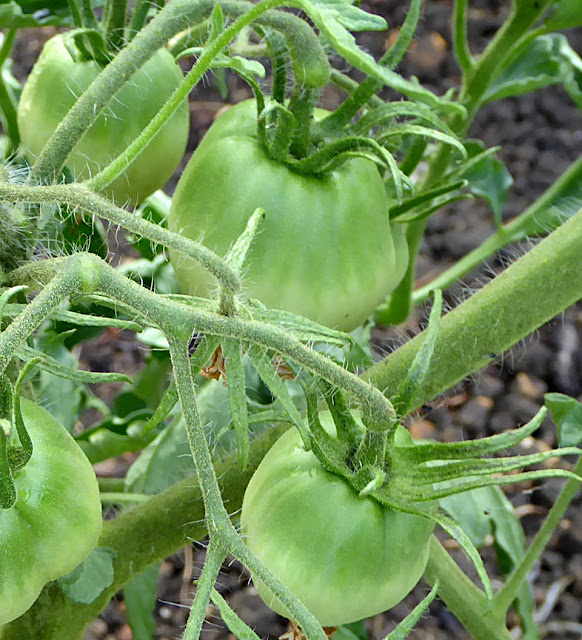 As you can see above, Walt did some pruning on an apple tree next to the vegetable garden, just to lighten its load. I had done the same on the biggest apple tree a week or so earlier. Now we have to clean up.


It looks like we are going to have a fine tomato crop in August. There are several varieties out there, and they all seem to be thriving.


I wish I could say the same for my greens — kale and collards. Both have been attacked by a cloud of leaf-eating insects that I think are called flea beetles. I'm afraid the plants are all done for. I'll have to do a new planting in September for autumn and Christmas. I have plenty of seeds left. 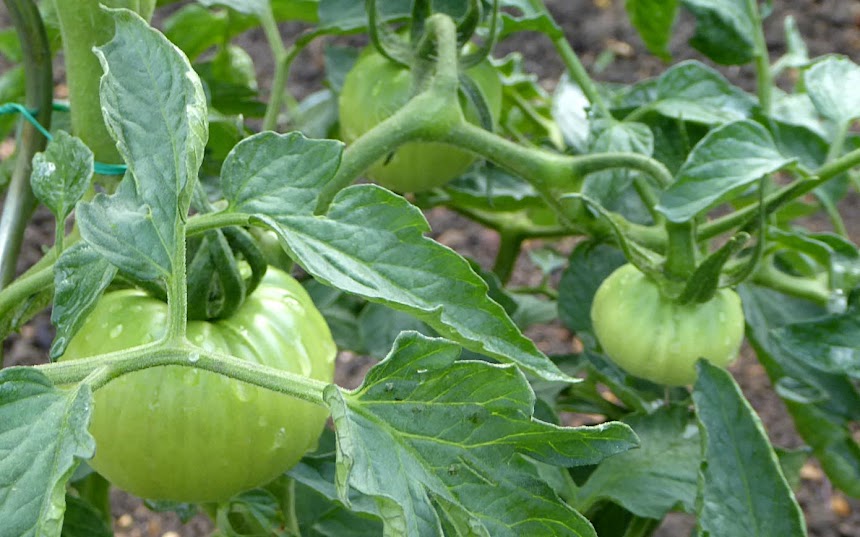