Back on June 1, CHM and I drove from Mortagne via Chartres to a village just south of the town of Etampes. That puts in just an hour south of Paris. CHM's friends M and P live there, and we were going to have lunch with them in a restaurant in Etampes (pop. 25,000). 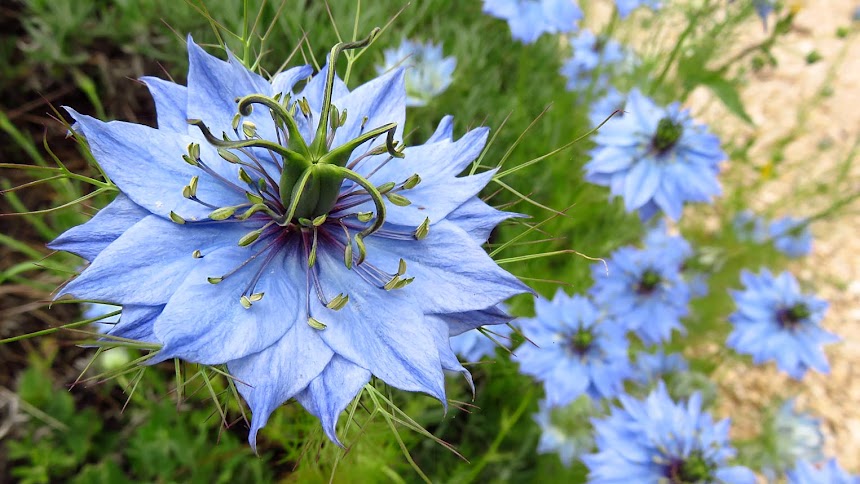 M is an accomplished gardener, and she has one of the most extensive and most beautiful flower gardens I've ever seen. I'm happy to have visited them with CHM three or four times now, and each time I take a lot of photos of flowers (as in this recent post). 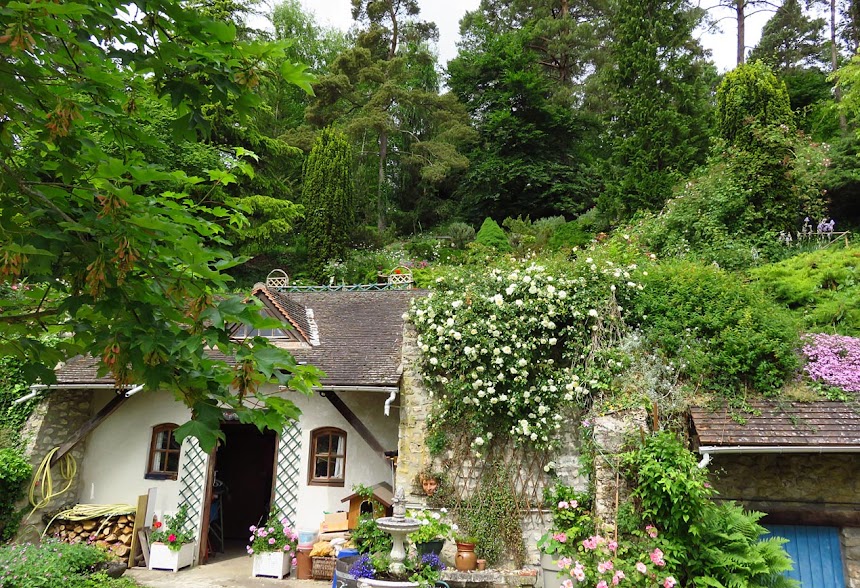 M is also a painter, and her garden is one of her inspirations. I didn't take many photos of her work, but there are two in this post. Some people are just extraordinarily talented...

Yesterday, our drive to Tours, an hour east west of Saint-Aignan on little roads, went smoothly. We wanted to stop in a second-hand store along the way, but it (of course) was closed exceptionellement until 3 p.m., which was too late for us. We were hoping to find a mirror to hang over a piece of furniture that we have moved into our entryway. 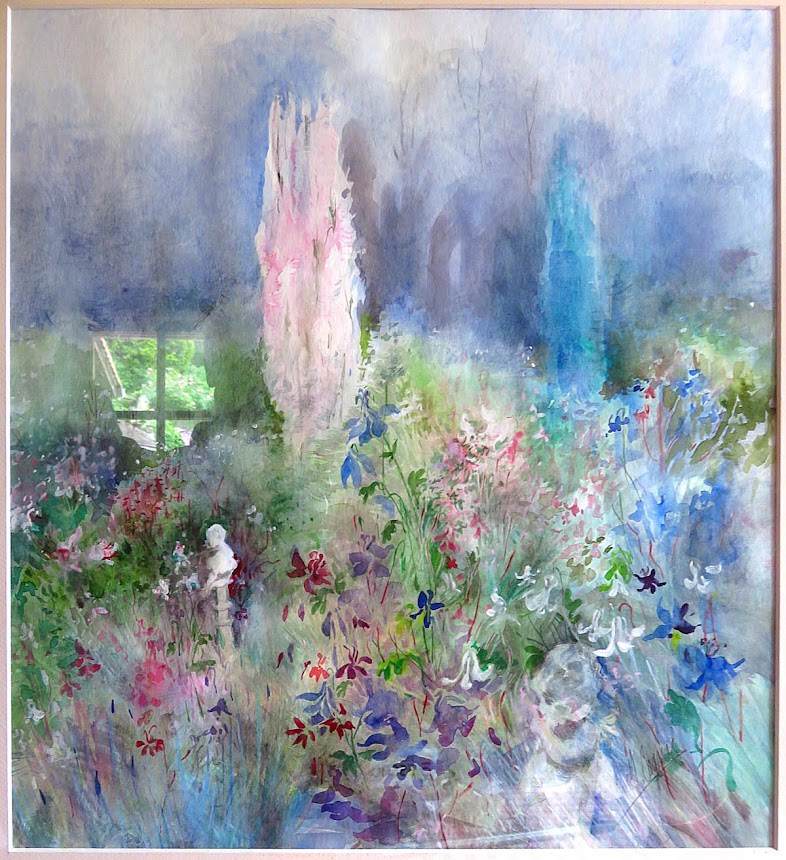 We went on to Ikea, where we found a lamp shade that we were looking for, and ended up finding a mirror there. Now we don't have to look any more. I also discovered that Ikea no longer (if it ever did) sells bayonet-style light bulbs. We have a lot of fixtures and even lamps that require them, and we were hoping to get LED bulbs for those. 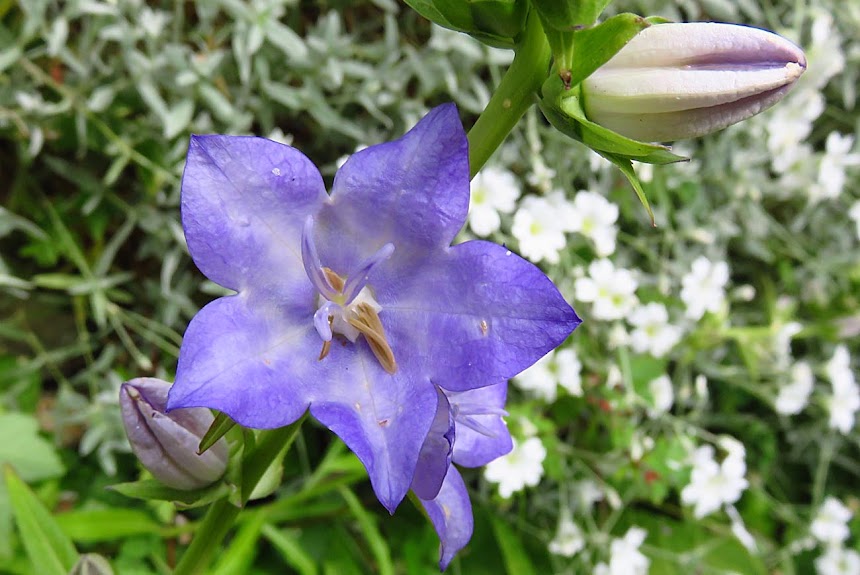 We then drove over to the Darty store in Tours Sud (both the south and north sides of the city have big shopping areas and centres commerciaux) to take a look at the refrigerator we want to buy. No luck — they didn't have it in the show room. I'm trying to figure out what to do next.

P.S. I checked Amazon.fr yesterday afternoon and found that they do sell bayonet LED bulbs, so I'll just order some from them. Otherwise, we'll need to start refitting a bunch of lamps and ceiling fixtures with screw sockets.
Posted by Ken Broadhurst at 07:30