There are three impressive churches in the big town of Etampes, just south of Paris. One is Saint-Martin with the leaning tower, which I posted about yesterday. Another, in the center of the old town, is the Eglise Collégiale de Notre-Dame. Here's a view from up the road that runs past the church. 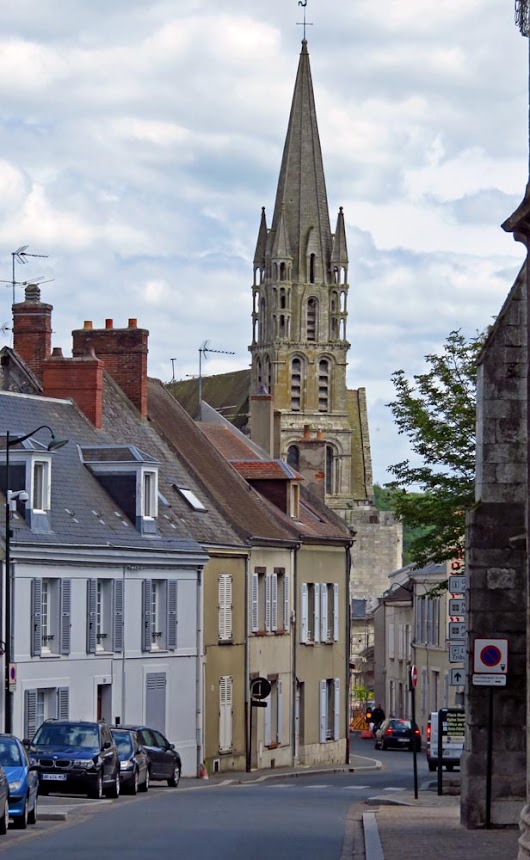 In Etampes, Notre-Dame has a nickname. It's called Notre-Dame-du-Fort because the church, built from the 1130s to the 1150s, was fortified in the 1300s, to protect it, I assume, from English forces during the 100 Years War. The church has what the Michelin guide calls a « fin clocher roman » (a fine Romanesque bell tower) that soars high above massive stone fortifications. 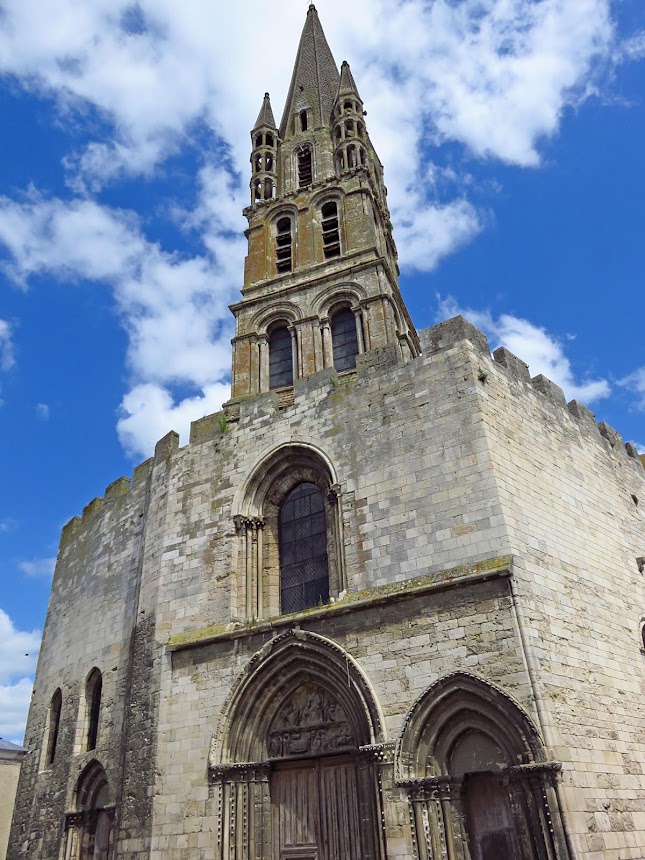 Some of the church's doorways — seen above and below — could be compared the the Royal Entrance at the Cathédrale de Chartres, the Michelin guide says. Unfortunately, they were badly "mutilated" during the Wars of Religion in the 1560s. 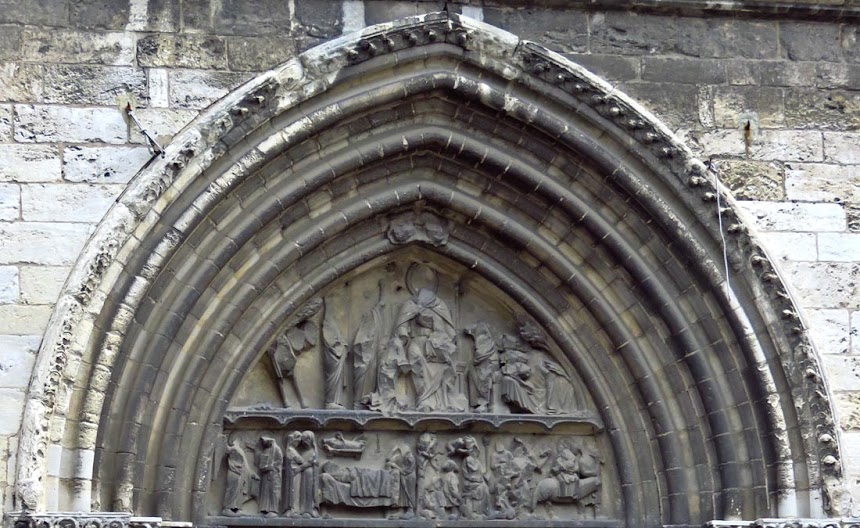 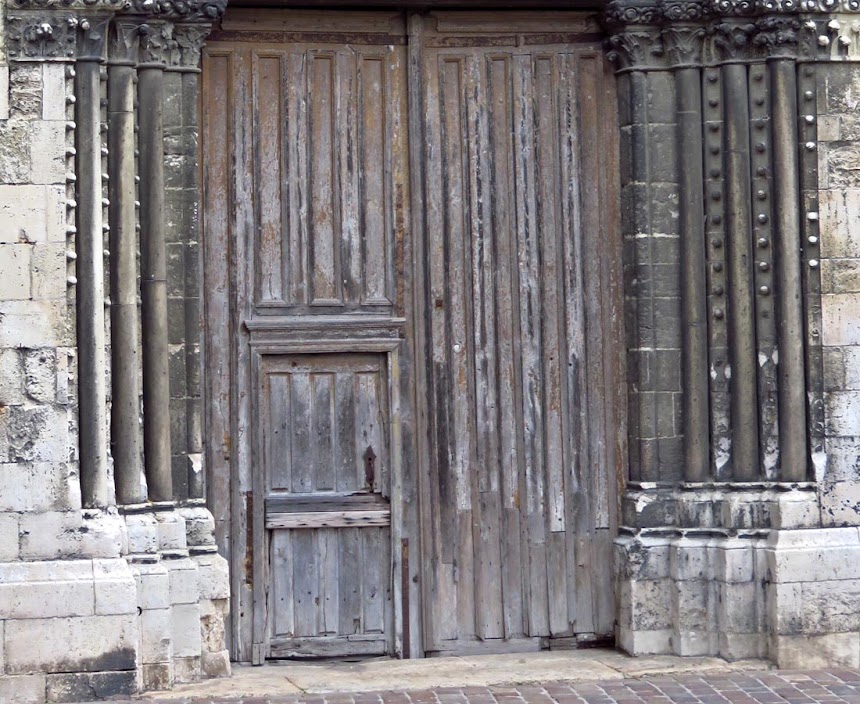 Here's a close view of the panel of carved figures just above the church door. Because of the damage inflicted during the religious wars — Etampes was occupied by Huguenot troops — it's hard to interpret the meaning of the scenes depicted.

Finally, here's a shot of the lower part of the church's bell tower that I took from pretty far away. The Michelin guide describes the tower's stone steeple as « cantonnée de clochetons ajourés » — "surrounded by openwork pinnacles." 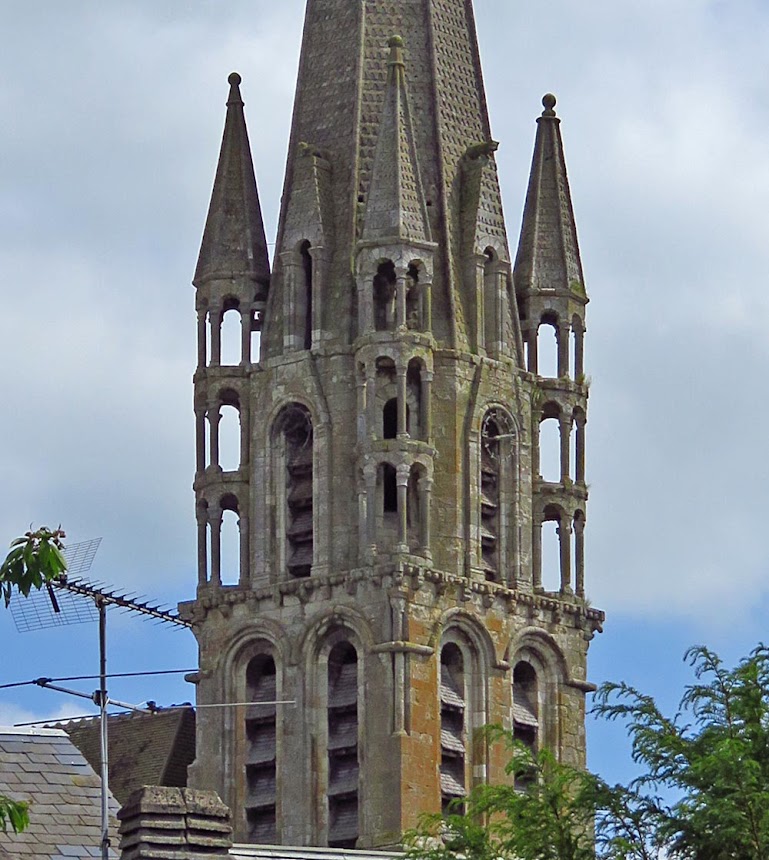 I didn't get to go into the church. I enjoyed a quick walk around the town and took these photos with my then-new Canon digital camera.
Posted by Ken Broadhurst at 08:00