These are all photos I took with the Canon PowerShot SX700 HS camera on May 30. As I've said, I'm still using it, but when I took these shots in Paris last May 30, I didn't yet have my newest Panasonic Lumix camera (TZ60). Walt says a lot of these photos are too blue. I guess... but then the sky, and therefore the daylight, was very blue. 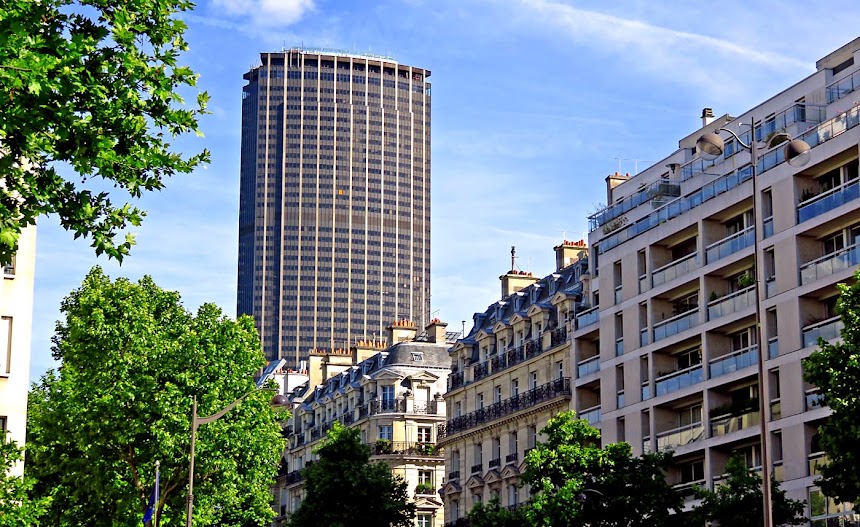 Above is the 1970s building called the Tour Montparnasse. A lot of people consider it a monstrosity. It was built in the early 1970s. It's a great place if you want to go to the top of a tall building and take in spectacular views of all of Paris. And as they say, if you are up there you don't have to look at the building itself. Instead, you can admire the Eiffel Tower in the distance. 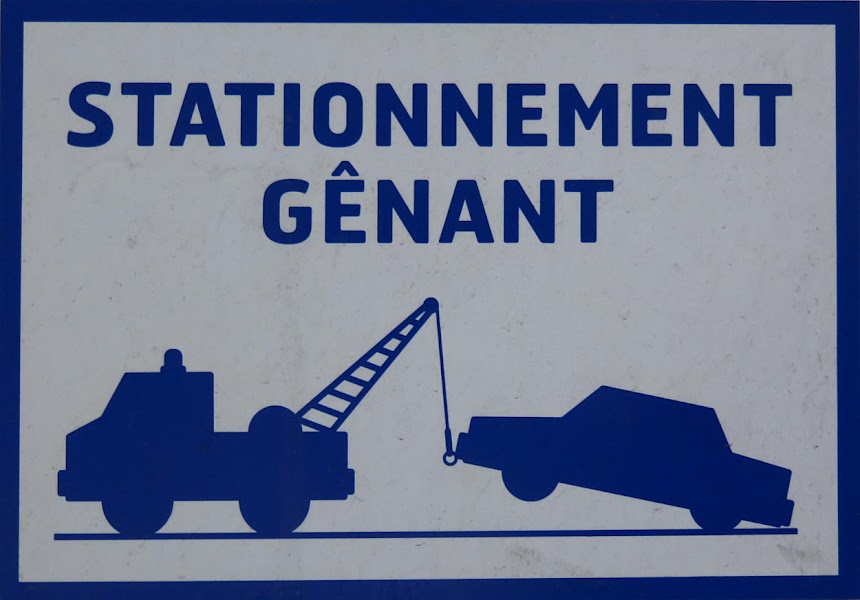 There used to be such a thing as free parking in Paris. You can still park your car for freee on Sundays and public holidays. But it used to be true that you didn't have to pay to park in certain neighborhoods, mostly residential, on Saturdays. And also any day of the week in August, when Parisians leave to city to spend summer in the countryside or on the coast. Nowadays, there is no free parking on Saturdays or in August in any neighborhood, as far as I know. Your best choice is an underground parking garage, mais c'est cher. 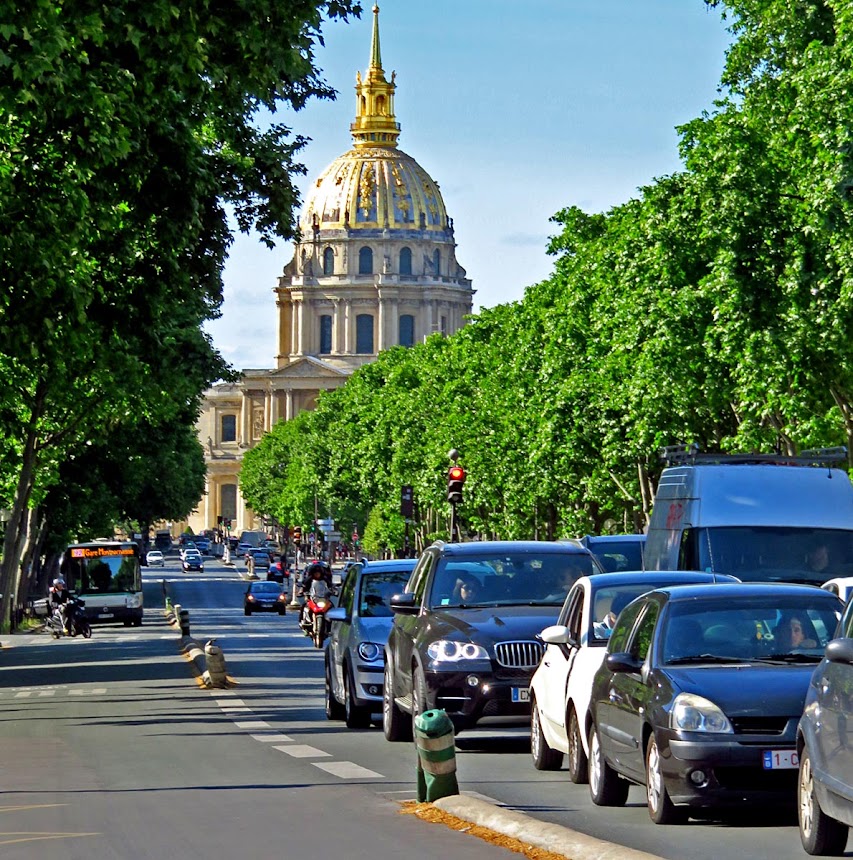 The city, which is — for example — three times as densely populated as San Francisco. Walt and I used to live out there (in SF). The city itself is the same size, geographically speaking, as Paris, but its population is 800,000, not 2.2 million — that's how many people live in Paris. I wonder how many people there are in Paris on a workday afternoon, counting all the office and shop workers who commute in. Two or three times as many, probably. 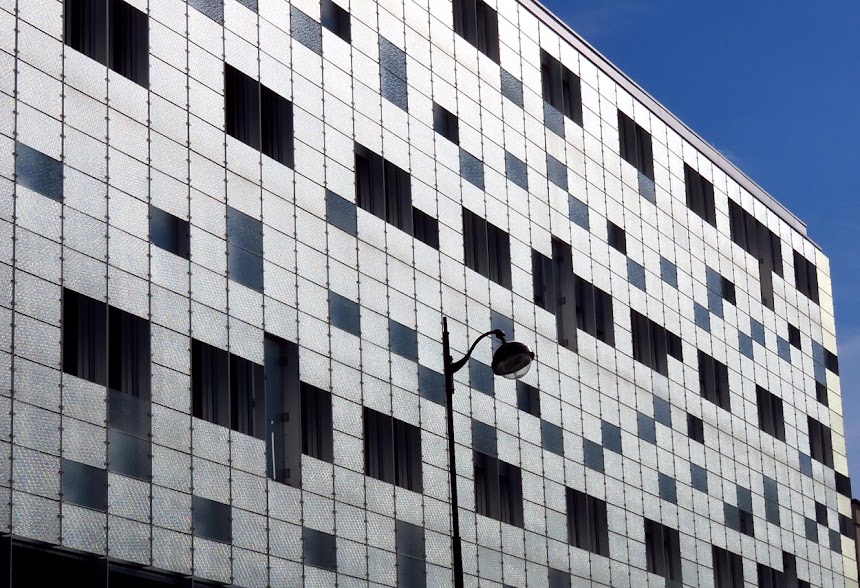 There's a huge hospital complex in CHM's neighborhood over between the Duroc and Sevres-Lecourbe metro stations. It's the 200-year-old Hôpital Necker, and the Hôpital des Enfants Malades (specializing in pediatric care). Right now, they seem to be expanding and modernizing the whole complex, which is located just on the west side of the Montparnasse neighborhood. 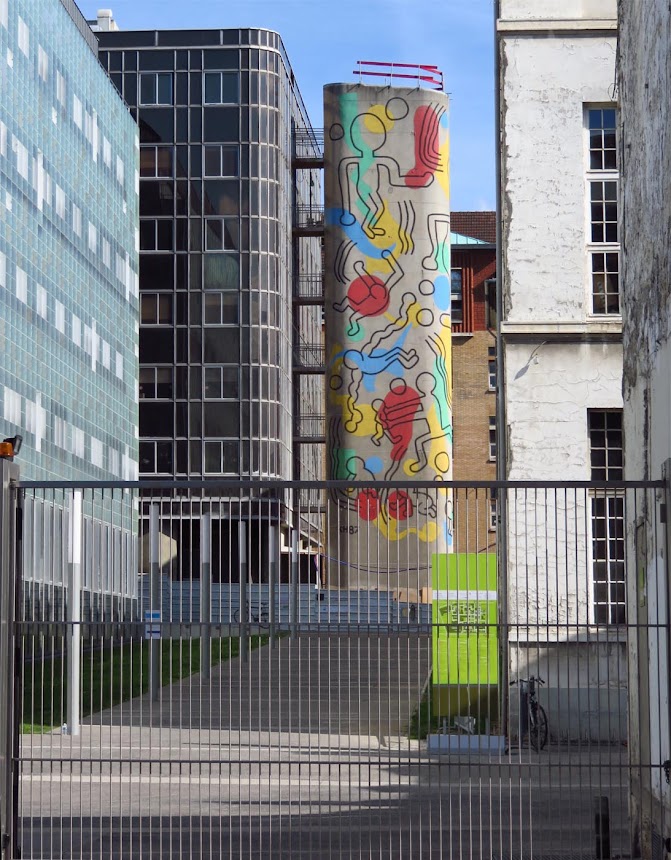 Here you can see some of the more modern and playful buildings being built on the grounds of the hospital (12 acres for so). It's called le centre hospitalier Necker-Enfants malades. The stethoscope was invented here in 1816. The Pasteur Institute is nearby.
Posted by Ken Broadhurst at 07:15