After seeing Jars and Le Noyer, we drove the last few miles south to the area called Le Sancerrois, centered on the hilltop wine town of Sancerre. CHM and I specifically planned to go to the village called Chavignol, because I'd never been there before and he hadn't returned to see the place in more than 70 years. 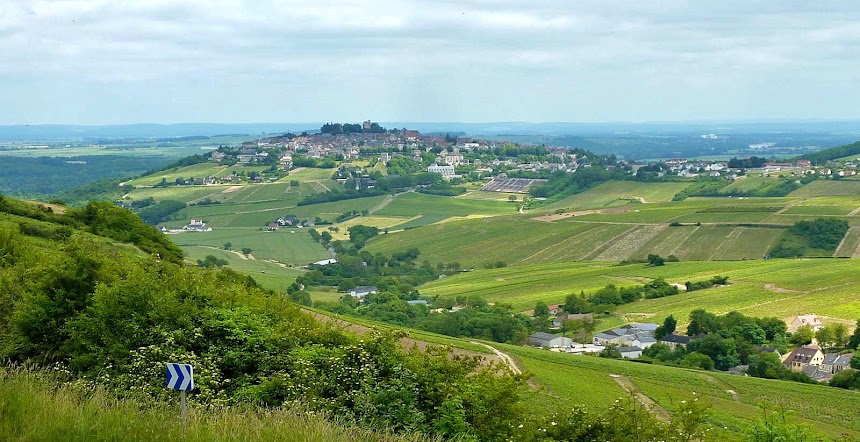 Coming in from the north, we went up over a high ridge. Chavignol is on the other side of the ridge, nestled and sort of strung out in a deep valley (more photos tomorrow). The village is famous for its white wines and also for the little goat cheeses that are called crottins de Chavignol.

At the top of the ridge, there was a gravel road running along the crest, with great views of both Chavignol and Sancerre. After I drove some distance out along the gravel road and took a lot of pictures, we backtracked and happened upon a viewpoint on the paved road that ran down into the village. There was a map naming the major points you could see from up there. Those are my first two photos above. 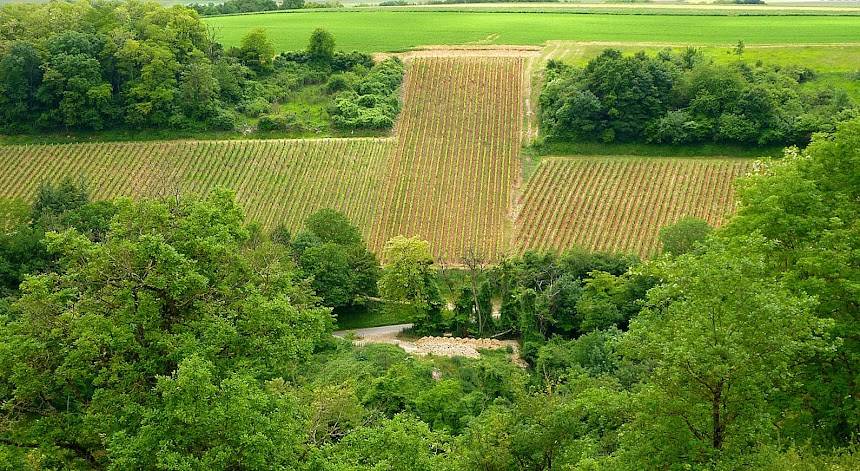 The Sancerre hillsides are steep, and the vineyards are extensive. The Micheline guide refers to Le Sancerrois as une mer de vigne — "a sea of vines." The area's Sauvignon Blanc wines are "flinty" and dry. The goat cheeses come in a range of styles, from soft and fresh to hard, dry, and crumbly. CHM and I wanted especially to get some crottins to bring back to Saint-Aignan.
Posted by Ken Broadhurst at 07:30