I'm not sure how interesting to how many people these photos will be, but they mean a lot to me. I worked at the Alliance Française in the 6ème arrondissement of Paris for two years starting in 1980. The Alliance is a big language school for foreigners who want to learn French. 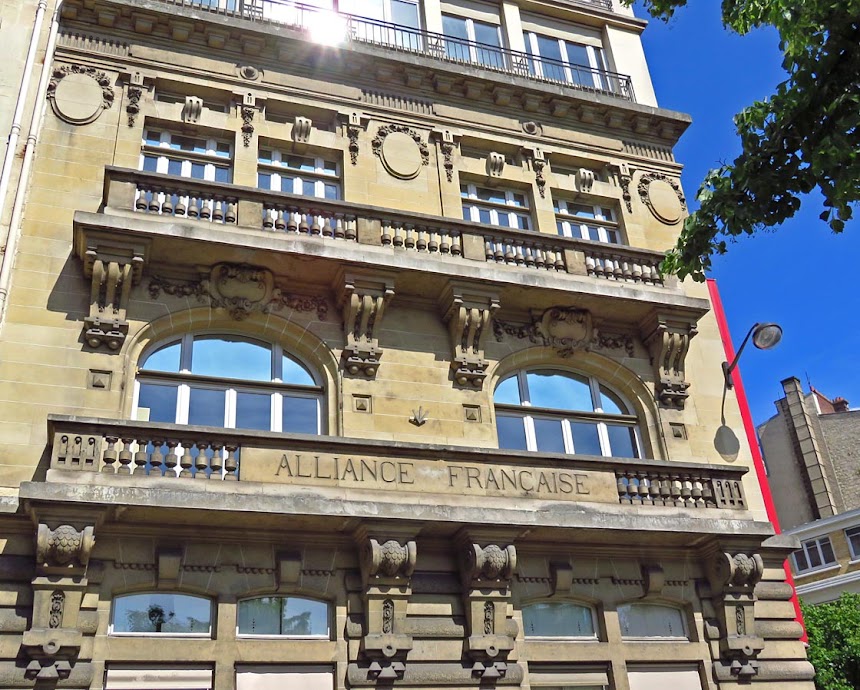 The Alliance "campus" is on the Boulevard Raspail, sort of halfway between the enormous Eglise Saint-Sulpice and the even more imposing Tour Montparnasse. I didn't live in the neighborhood but I certainly spent a lot of time in it. My job was (officially if not really) part-time and I made enough money to spend some in cafés and restaurants. I had a lot of French friends and also a lot of American friends, including Walt. 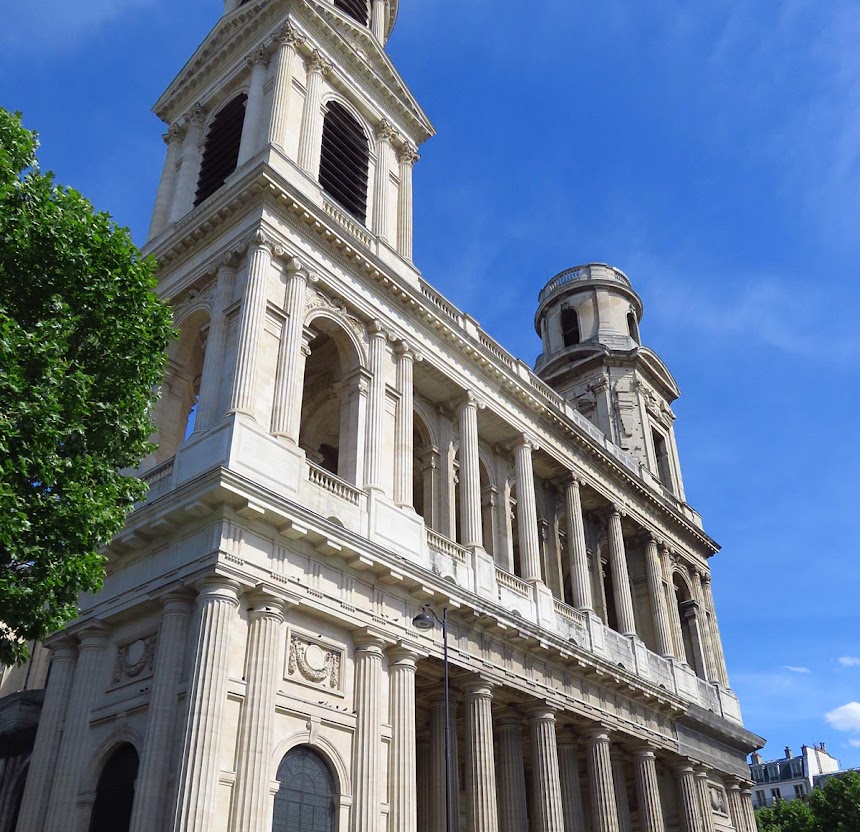 When I was in Paris about six weeks ago, I took a sentimental walk around Saint-Sulpice. I was taking photos with a new camera, and the area seemed like a good place to try it out. The weather was beautiful. 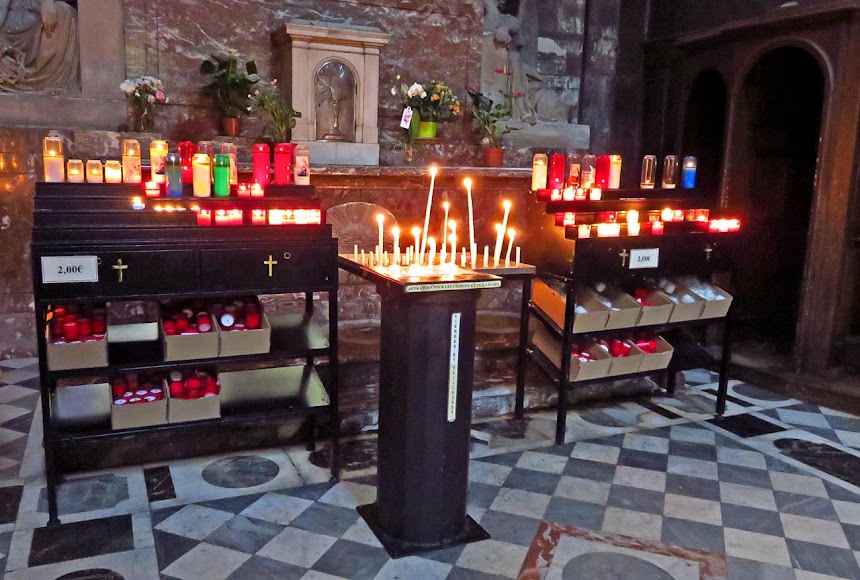 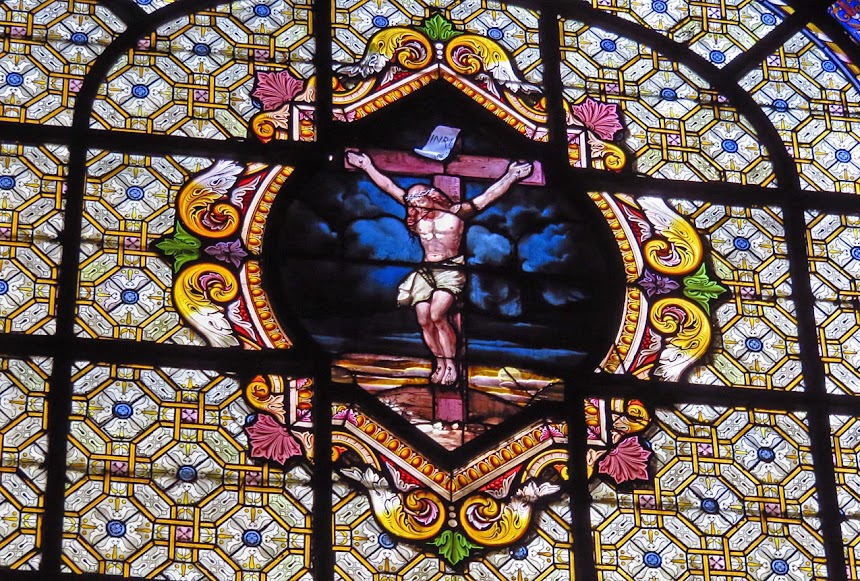 I took some photos inside the church, but it was fairly dark in there and most of the photos weren't that good. Above and below are three of the better ones, I think. There's always something to take pictures of in an old church. 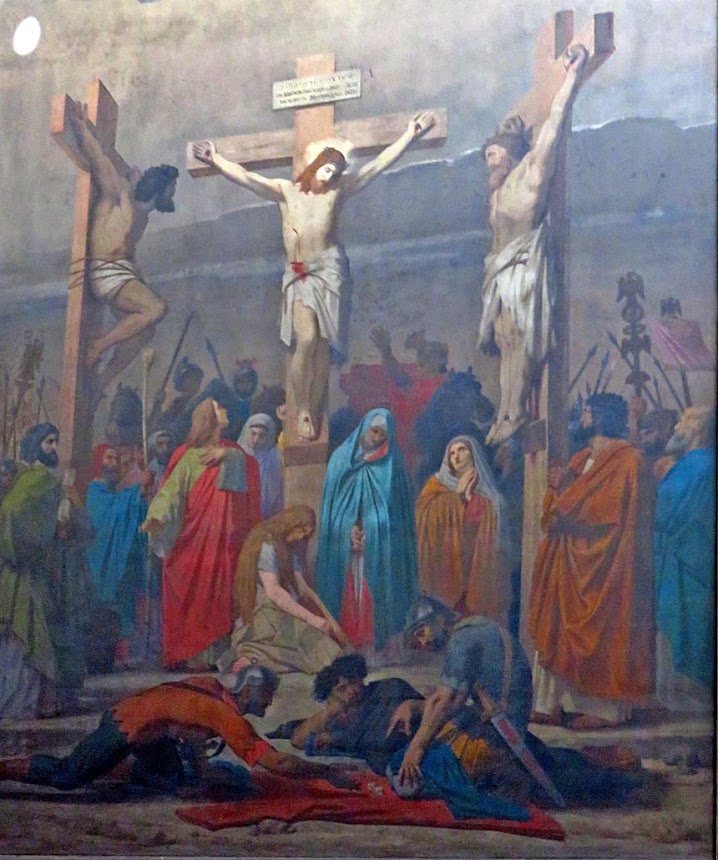 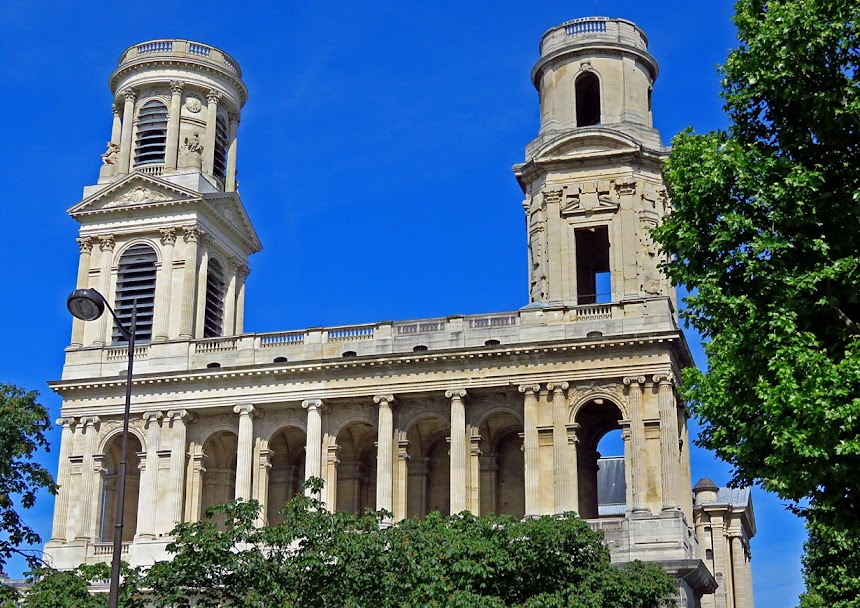 The Eglise Saint-Sulpice took several centuries to build — it was finished in 1870 but then was damaged during the Franco-Prussian War. The façade was recently cleaned, and it looks better than ever. The two towers are different, and the north tower is taller.
Posted by Ken Broadhurst at 07:35