I've made rillettes de lapin — rabbit as potted meat enriched with duck fat — before. Here is a post from 2011, and another from 2009. The standard French supermarket rillettes are made with shredded pork, but you can also find duck, goose, or chicken prepared in similar ways. We can buy jars of duck or goose fat at the supermarket here in France, but you could also use pork fat (lard). Rillettes are a French version of "pulled" pork or other meat, like rabbit or duck. 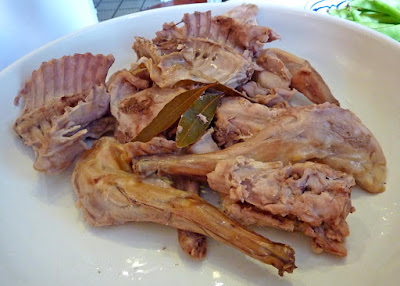 The first step here is to cook some rabbit. In this case, I had bought two rabbits last spring and cut them up into pieces. I used the "saddle" — le râble in French — and the back legs (thighs) for our dinner back then, because those have the biggest and most delicious chunks of meat on them.

I froze and saved the front legs, the rib cages, and other trimmings to cook into rillettes — a shredded meat spread. To cook these pieces, simmer them in water and white wine with salt, pepper, and bay leaves for about 90 minutes. 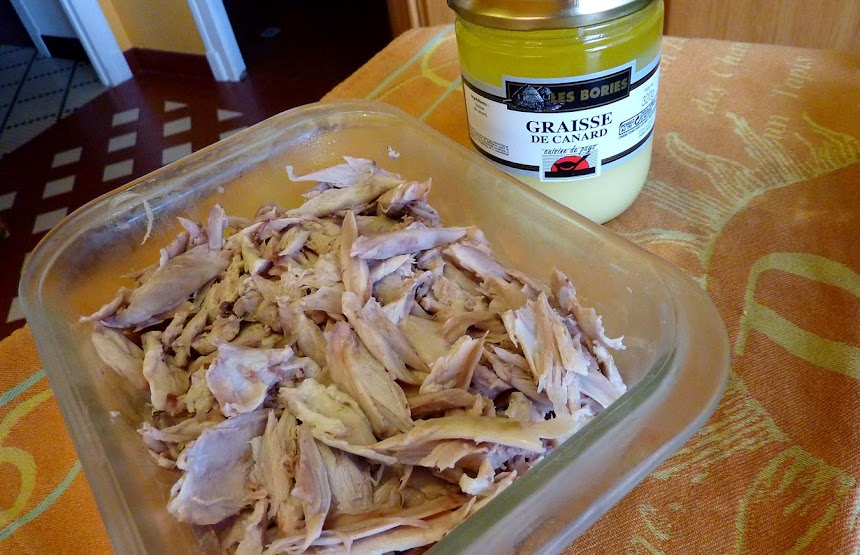 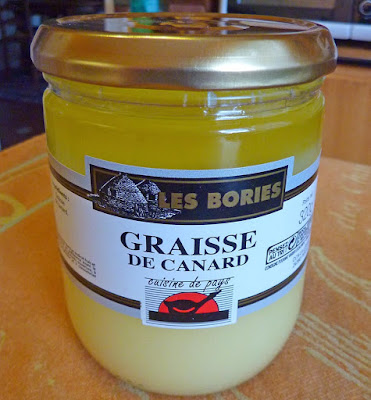 After the simmered rabbit pieces have cooled slightly, it's easy to pull the meat off the bones. You don't have to be too meticulous about getting all the meat, but you do need to be careful not to let any little bones (like ribs) get into the mixture.

Rillettes are sort of like pâté but also very different. They're made with lean meat (pork, duck, goose, chicken, turkey, or rabbit, for example) that has congealed pork or duck fat as a binder, along with some of the gelatin produced when the meat and bones cook in water and wine. There's no liver or egg or other thickener in rillettes. You usually serve the rillettes cold, right out of the refrigerator, spread on bread, toast, or crackers, along with pickles (cornichons) or olives. It's like pâté in that way. 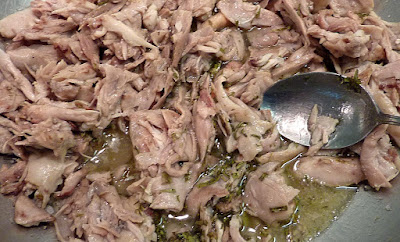 After being simmered, drained, and shredded, the meat browns lightly in some duck fat. Then you pour in a splash of white wine or a little of the cooking liquid and whatever seasonings you want — one or more herbs, whether fresh or dried, and some onion or garlic, some red pepper flakes, and especially a good amount of salt.

Don't throw the simmering liquid out — cook rice in it to make risotto, for example, or make soup. It's a rich and tasty broth. 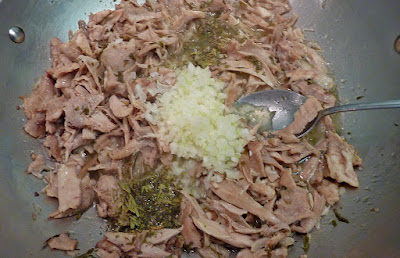 I added some finely chopped onion and quite a bit of dried tarragon to the mixture this time and let everything cook with the shredded rabbit meat and duck fat for a while. The onion kind of melted into the mixture.

You need to salt the rillettes well because they will be eaten cold. Cold foods taste bland unless they are slightly over-salted. 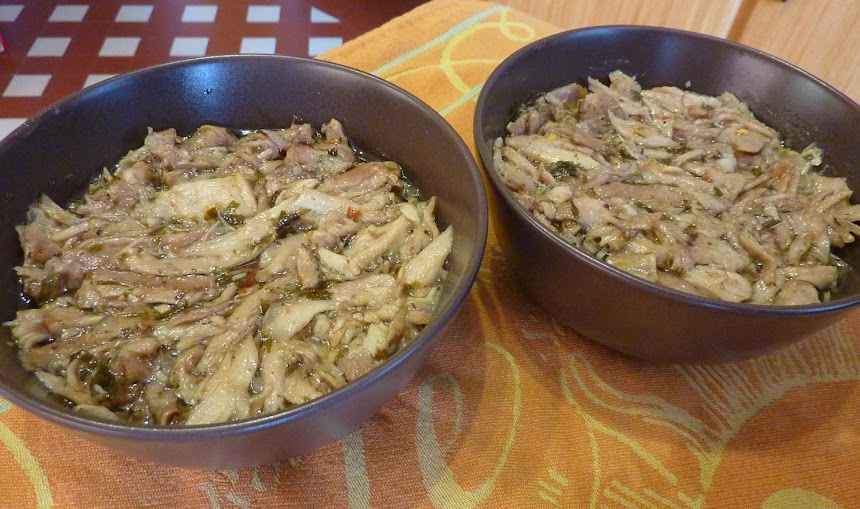 After the bowls of shredded meat have chilled in the refrigerator, you can briefly set the bowls in a larger bowl of hot water and then turn the rillettes out onto a small plate or platter for serving. 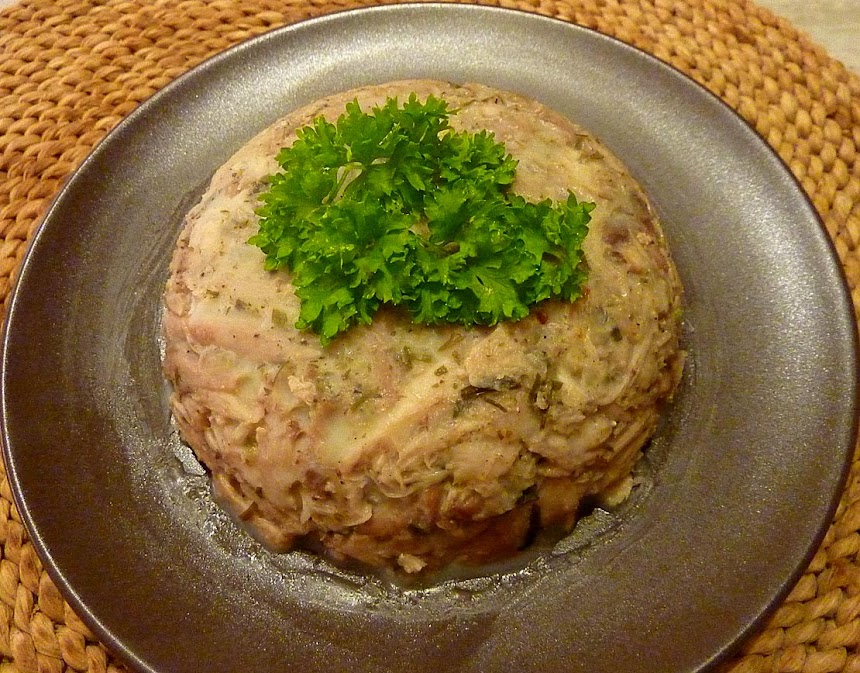 A mound of rillettes like the one above can serve 6 or 8 people as an hors-d'œuvre or appetizer. Walt and I will eat some of ours for lunch today with a green bean salad and some steamed potatoes with a little vinaigrette. We'll take the rillettes out of the fridge and let the meat warm nearly to room temperature so that we can spread it on slices of crusty fresh or toasted bread.
Posted by Ken Broadhurst at 07:30