Langres, a cheese — and a TV show 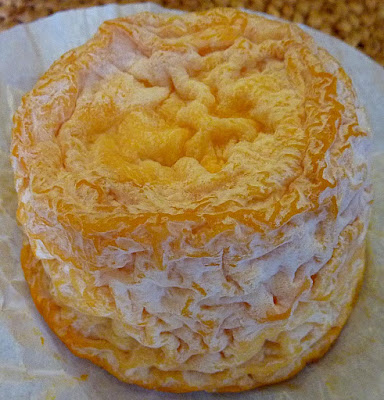 I discovered a new cheese the other day. New to me, I mean. It comes from a region that is in northern Burgundy called Langres, and the cheese is of course called by the same name. It's a cow's milk cheese that is fairly mild and creamy. I ate some for the first time yesterday.

Langres is not far north of Dijon. It's now on my list of places I haven't yet visited that I'd really like to see. 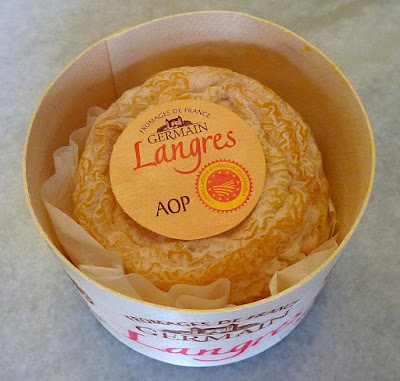 It was a nice coincidence to find Langres cheese when I did. A few days earlier, I had watched a French TV show called Les Carnets de Julie, hosted by a young woman named Julie Andrieu. The episode was about Langres and featured the cheese baked into a tart.

Walt and I have been watching different shows of Julie Andieu's on different TV channels here for years, but now the channel we watched more than any other, Cuisine +, has gone off the air. I found Les Carnets de Julie on YouTube a couple of weeks ago, and I've downloaded dozens of them (see below).

I found the Langres cheese at SuperU. I'd never noticed it there before. 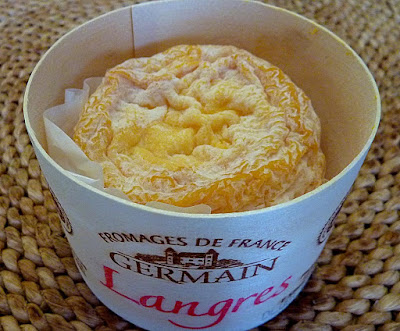 
If you are interested in France, its regions, regional foods and specialties, and the French language, I really recommend Julie Andrieu's shows. The one about Langres is just below, for your viewing pleasure.

Here's one more photo of the fromage de Langres as I enjoyed at lunch yesterday. You can see how creamy it looks. It's not strong-tasting or strong-smelling at all, and I will definitely buy it again, if I can find it again. 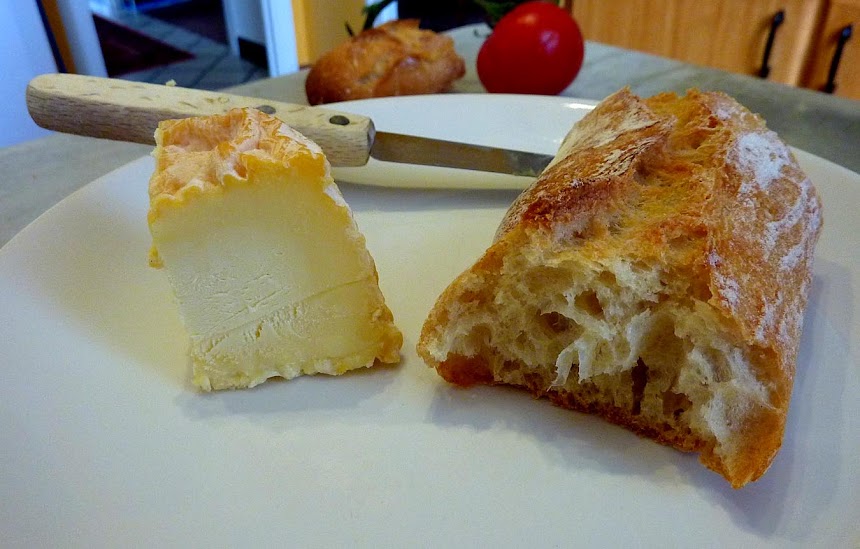 Here's a link to a YouTube screen where you'll find many of the Carnets de Julie shows. They aren't cooking shows, exactly, but they aren't exactly travelogues either. The format has Andrieu going to one French region or another — there are good shows about Paris and about the Touraine region too, among dozens of others — and going to see people in their homes or workplaces. People cook regional specialties and she assists them, and then she gives the recipe. The shows run about 45 minutes, with some longer than others.

At the end of each show, Andrieu hosts a big potluck meal where all the people featured in that episode are invited to bring their particular dish and share it with the others. You really feel like you are taking part in the banquet — you can almost smell and taste the food. If you are learning French and interested in France, food, and cooking, it's a real treat.
Posted by Ken Broadhurst at 07:40