From Saint-Sulpice to Saint-Germain 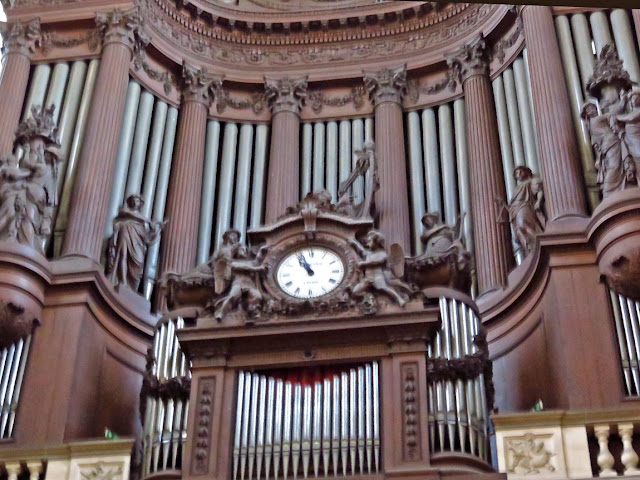 As I started to exit from the Eglise Saint-Sulpice, I took one (blurry) photo of the enormous organ inside the church. As I said, it was fairly dark in the church. My eyes took a minute or two to readjust to the bright daylight of late May when I stepped outside again. The cafés along the streets were crowded, and I was getting thirsty. 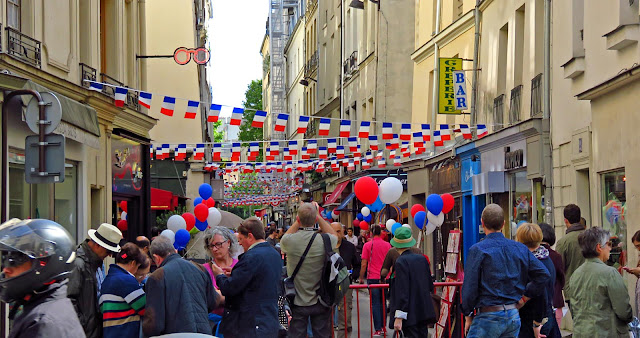 The square in front of the church was all covered in white tents and there was some kind of chess event taking place. I walked up the rue des Canettes ("duckling" street, so called because there was a poultry shop here 500 years ago). It was mobbed but I never figured out what the event was. It wasn't Bastille Day yet, of course. 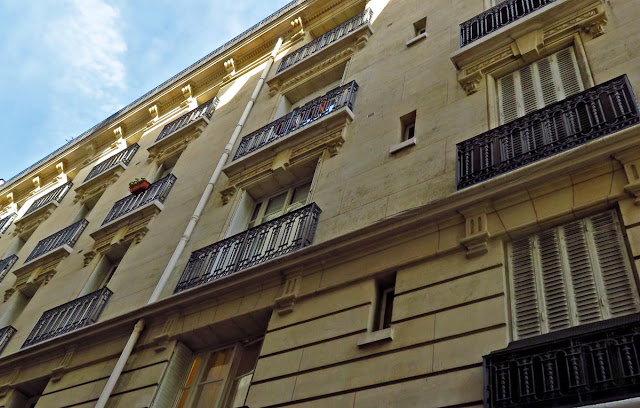 When Walt lived here for a few months in 1981, he had a room in a pension de famille at the corner of the rue du Four ("oven" street, where there was a communal oven or four banal 800 years ago) and the rue des Ciseaux ("scissors" street, named after a local shop 700 years ago). I think his window was one of the windows on the left. 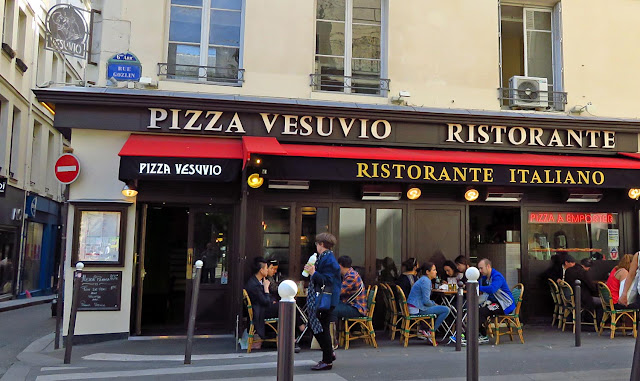 We've had lunch or dinner many times over the past 34 years at the Pizza Vesuvio, which is at the top of the rue des Ciseaux. Between 1988 and 2002, we spent time on vacation in Paris nearly every year, staying either in a hotel or a rented apartment. We'd often return to favorite places during our two-week stays in the city. 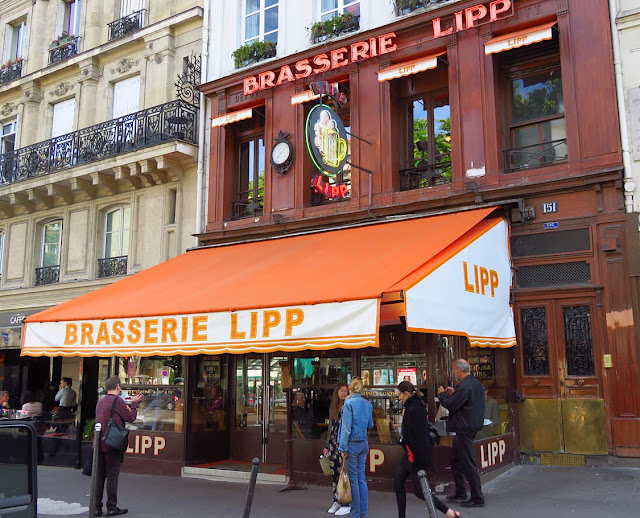 The boulevard Saint-Germain was just a few steps away now. One of the restaurants I think I might finally go try one day is the famous Brasserie Lipp, known for its choucroute garnie. I'm posting a photo of it again because it appears they put up a new awning over their terrace since I took and posted a photo of the place in November 2014. I don't know why I've never had lunch or dinner there, especially since I've been hanging out in the neighborhood off and one for more than 40 years.