I actually posted the wrong picture of Sancerre yesterday morning. I meant to post the one just below to go with the shot of the table d'orientation, which I'm including again. This photo shows the road you see on the tourist map: 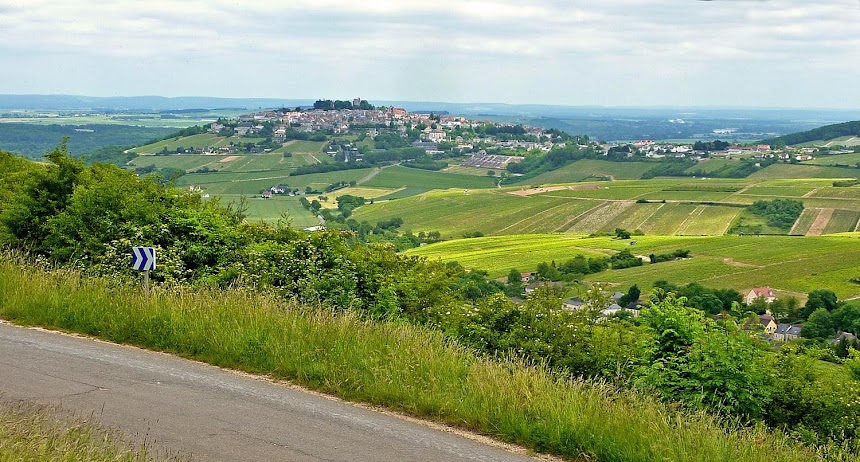 And here, below, is a view of the village of Chavignol from on high, with Sancerre on its hilltop on the left. You can see how the village snakes through a deep valley, and you can see the church on the right:

Here's a closer shot of the center of the village and the church: 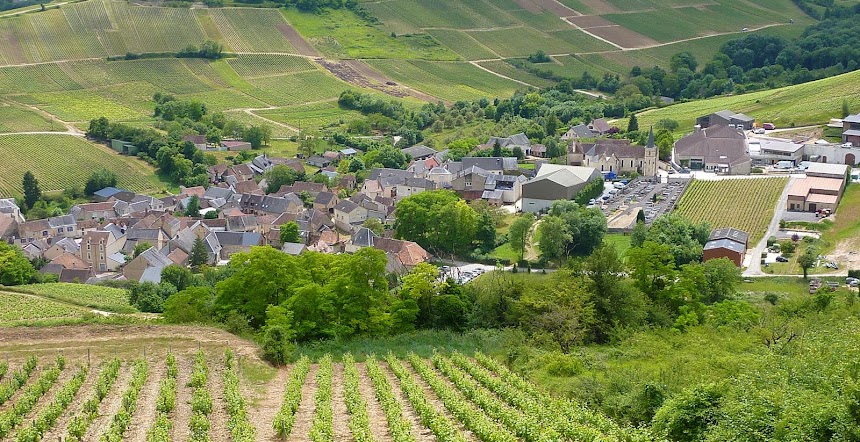 And, finally, one more, still closer: 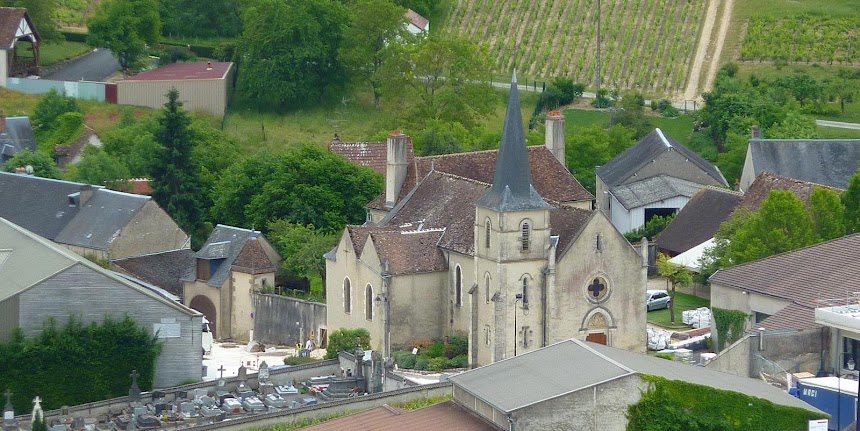 Chavignol is famous for its Sancerre vineyards, but it's even better know for its Chavignol goat cheese. More about the crottin cheeses tomorrow.


If I often mention air-conditioning, or the lack thereof here in Saint-Aignan, it's because in most of the U.S. people's houses have AC, and it gets a workout in summer. The opposite is true in France. In fact, the last time Walt and I lived in an air-conditioned house or apartment was back in 1983-86, when we lived in Washington DC. In the SF Bay Area of California, as here in Saint-Aignan, we never really needed AC in the various houses and apartments we lived in.
Posted by Ken Broadhurst at 07:00