So far in July, we've had 5 millimeters of rain. That's two-tenths of an inch. Normally, we would have had six or seven times more than that. And it's been hot. Yesterday it was only about 86ºF, but the day before it was close to 99. 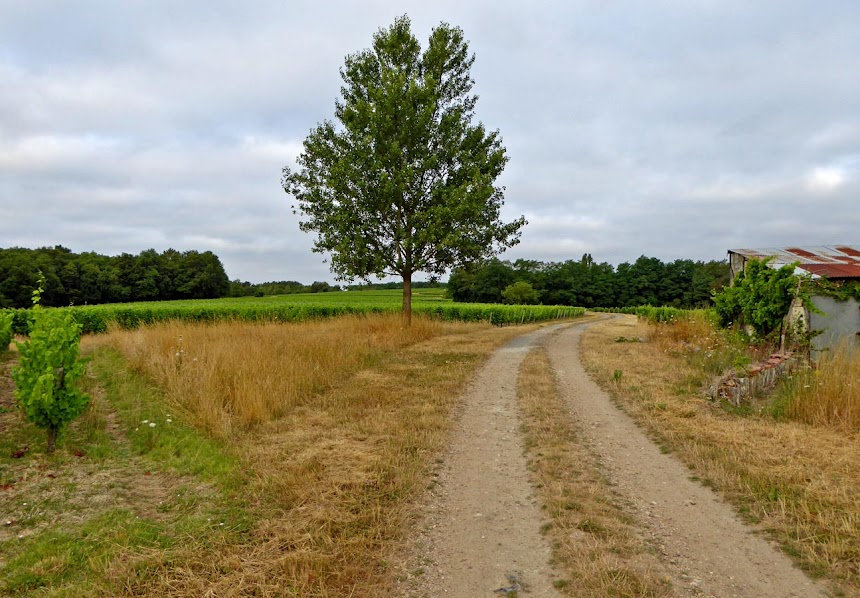 That's one thing about this area of France: the weather is seldom boring. You never know whether it will rain every day for weeks on end, washing out the summer, or whether you'll get long dry spells of hot weather like this one. We hardly had any rainfall in May or June either. 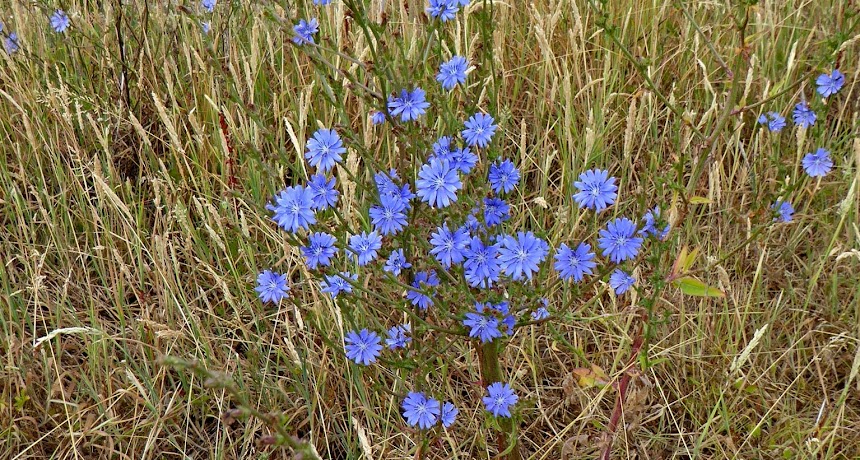 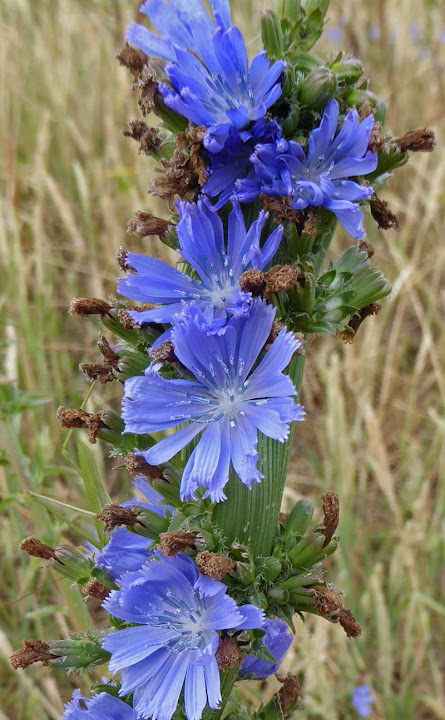 Certain plants
seem to be thriving
in these conditions.
I've never seen
so many bright blue
wild chicory flowers
all around
the vineyard.
And as you can
see in the photos
above and below,
the grapevines
are bright green
and happy-looking.

I've been focused on
Paris for quite a while
here on the blog,
posting all the photos
I took there nearly
two months ago.
For the weekend, here
are some photos that
I took yesterday morning
on my walk with Callie. 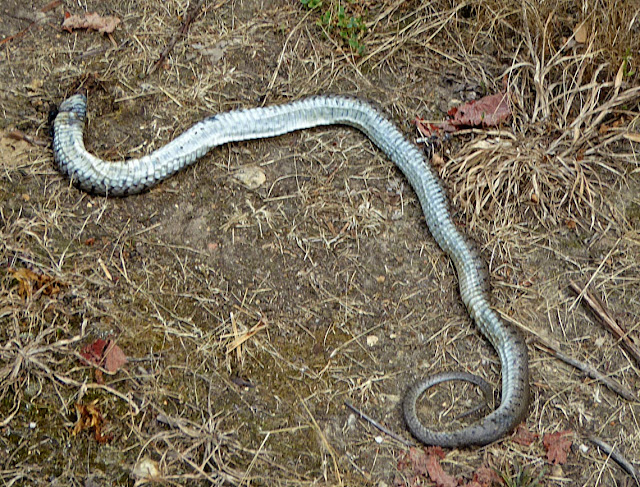 And there is one very surprising photo in the bunch. Look at this dead snake that I saw out in the vineyard yesterday morning. Actually, it's been there for three or four days. I never in my life imagined that there were snakes of this size lurking in and around the edges of the vineyard. It looks like somebody cut the snake's head off with a shovel. Or do you think some animal like a badger might have killed it? It's at least three feet — close to a meter — long. And that's just what remains of the thing. 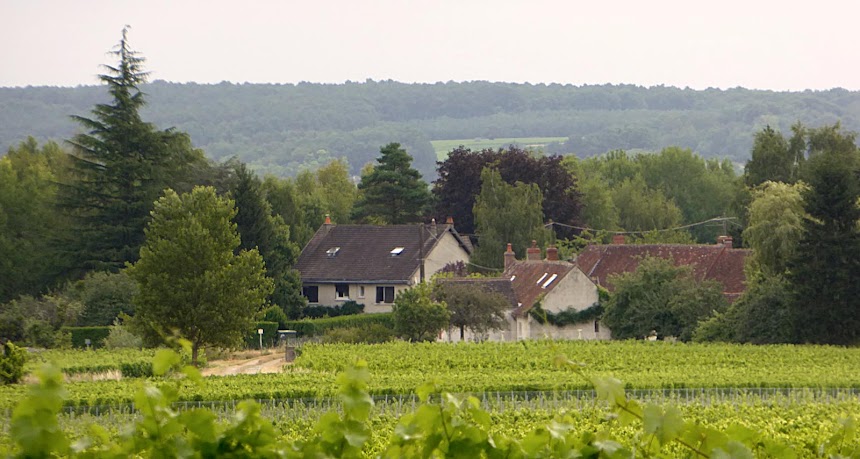 Here's a photo our house and two of the neighbors' taken from about a kilometer out in the vineyard. Ours is the newer house with the dark brown roof. The other two, with more reddish tile roofs, are old farmhouses. This photo is looking out over the Cher River valley to the highlands on the other side.
Posted by Ken Broadhurst at 07:45