The next place we visited after the village called Jars (pop. 511) is called Le Noyer (pop. 235). That means "the walnut tree" in English. It's where CHM stayed, in a hotel, when he visited the area more than 70 years ago. More than 2500 people lived in the Jars-Le Noyer area two centuries ago, at the time of the French Revolution, by the way. 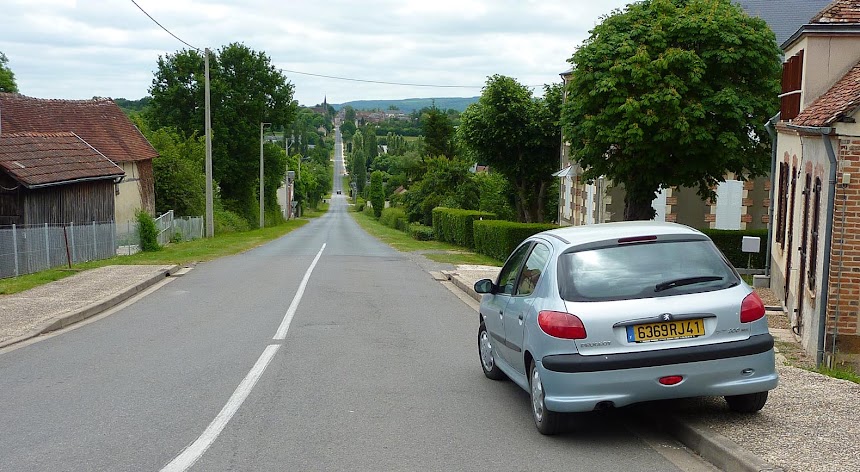 CHM told me he remembered walking from Jars to Le Noyer on the long, straight road you see in the photo above. We were driving my old Peugeot, so the trip was easier for us. That's Le Noyer in the distance, and the photo below shows a closer view.

I thought the church in Le Noyer was nice. There was some road construction going on, but we made it through without being shunted off onto a detour. I just stopped the car in the middle of an intersection and got out to take these picture. 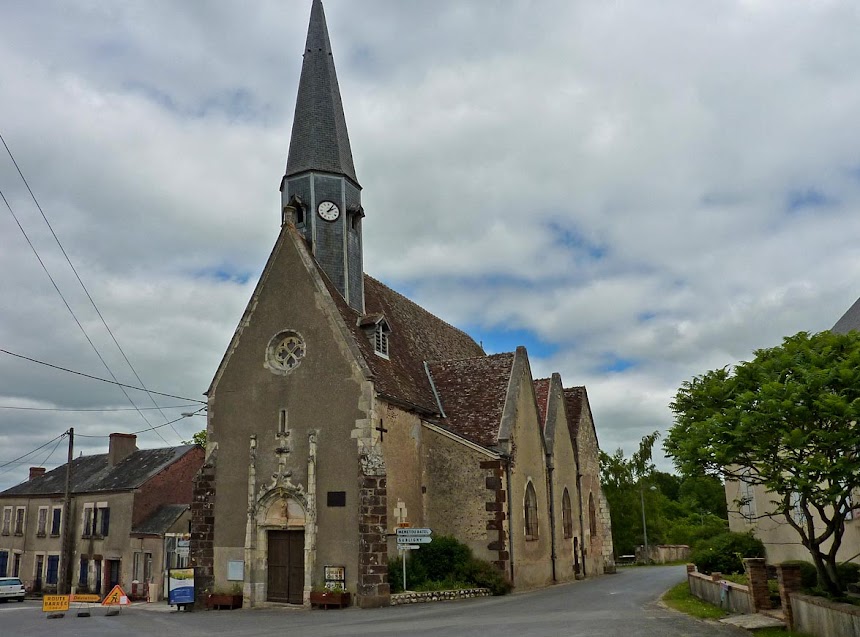 There is a château in Le Noyer called Le Boucard that dates back to the 14th century, but we didn't find it. It's the venue for a music festival that takes place every summer.

This whole area between Sancerre and Orléans, Giens and Bourges, is beautiful rolling countryside. It's on eastern edge of the flat, forested Sologne and is contained in a wide arc of the Loire River to the north and east. The vineyards of Sancerre lie to the southeast. It feels very much off the beaten path. Here's a map: 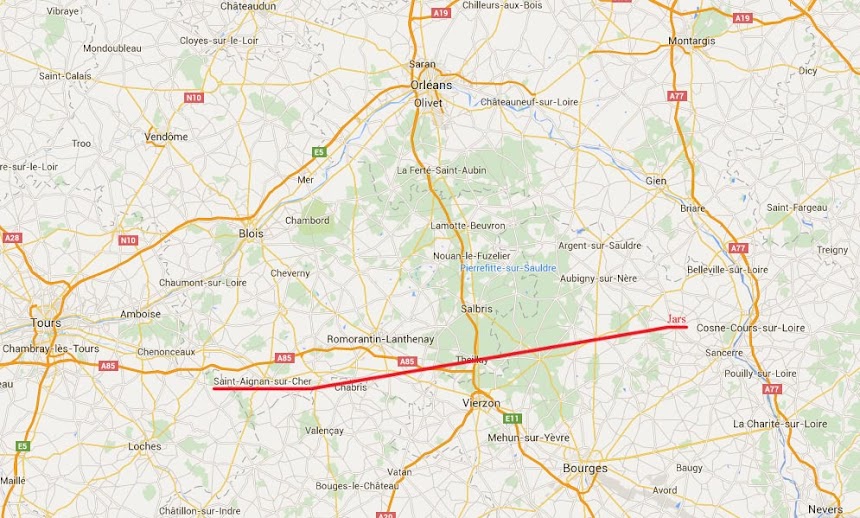 Meanwhile, here I am in Saint-Aignan and it's the last day of June. Where did the month go? We are in the middle of an unusual (for this early date) heat wave, but we are on the eastern edge of the hottest temperatures. So far it's been pretty pleasant, even without air-conditioning. Today the contractor who's been working in Walt's office room will be wrapping up the job. By the coming weekend, we should have Walt be moved back into his office and our house will get back to normal.
Posted by Ken Broadhurst at 07:15