I suffered a nasty fall last Friday morning. I had gone out for my regular walk with Callie the collie. We walk along the south edge of the vineyard, into a small patch of woods, and then along the edge of the next vineyard plot before heading back up to the gravel road. I try to be careful where I step. The ground is rough and uneven in many places. 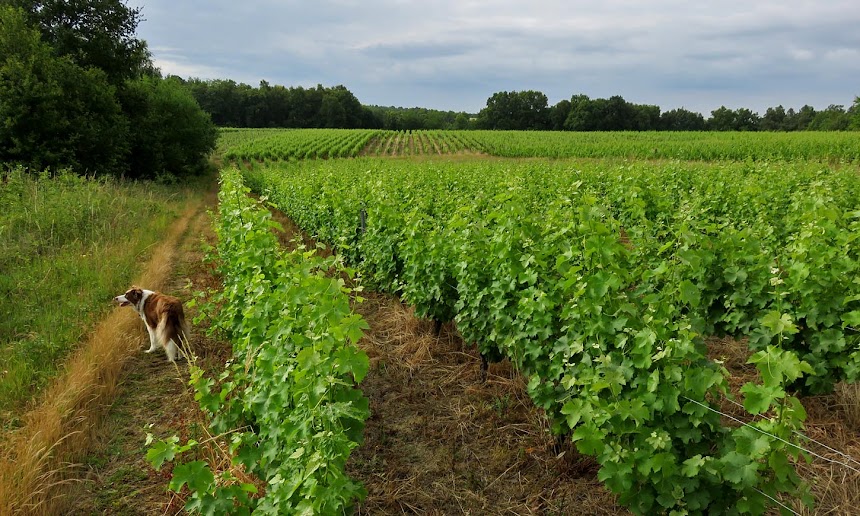 Along the edge of the gravel road there's a shallow drainage ditch. I've stepped over it a million times. This time, however, maybe because the grass between the grapevines and the road is getting to be almost knee-high, I thought I was stepping over the trench but I stepped into it with my right foot. Surprise!

As they say in French, un accident est si vite arrivé. An accident can happen at any moment, without warning. One moment you are just strolling along, enjoying the morning air and light, and an instant later you are rolling on the ground, flailing. 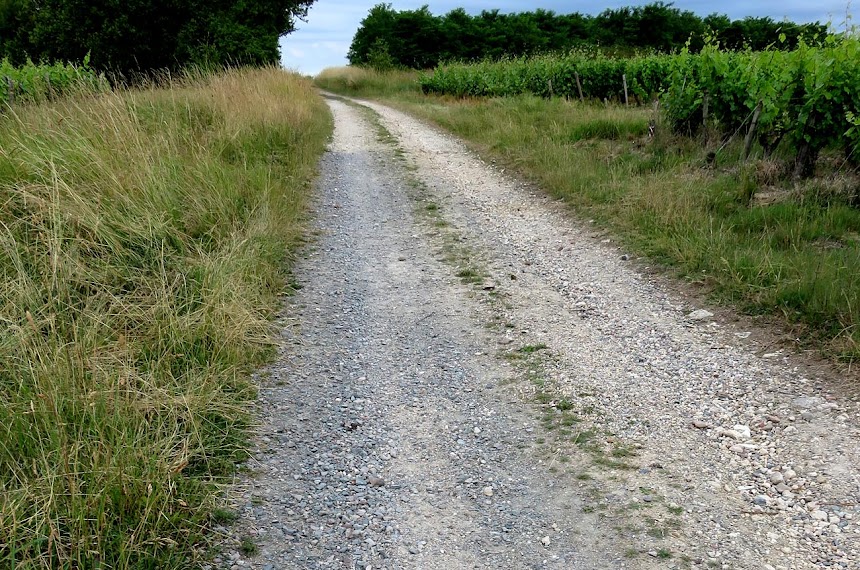 So Friday morning, about 7:30, down I went, like a sack of potatoes. I was sprawled on the rough, sharp gravel of the road (photo above). I landed first on my right knee and then on my right shoulder. I lay stunned for a minute. I realized I was holding my newest camera up in the air, to protect it from damage. It was unscathed, but I wasn't.


Callie came rushing over, wagging her tail and squirming around, kissing me all over the face. Maybe she thought we had invented some new kind of horseplay. I thought: what if I can't get up? Would Callie go home and get Walt? Probably not. She'd just stay there with me, waiting. Eventually, Walt would realize I had been gone too long, and he'd come find me. Or some vineyard worker or a neighbor might just come driving along the gravel road. 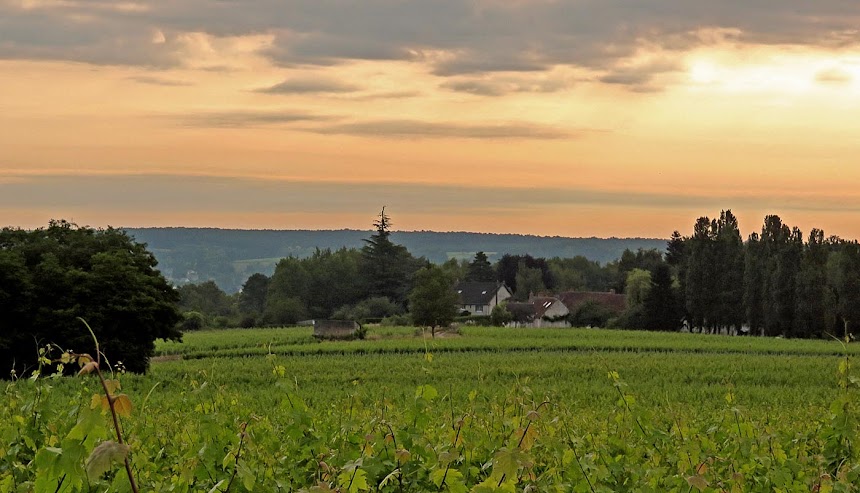 After a couple of minutes, I was able to "reboot" myself — to get myself up and running (or walking) again. Nothing was broken. My knee felt sore, and so did my arm and shoulder. My ankle was not sprained. I continued the walk and followed my usual path around the other side of the vineyard, back to the house. When I got home and took my jeans off, I realized my right knee was not just bruised but scraped, and I was bleeding.


I think I cracked or badly bruised a rib. When I got up yesterday morning, I was in excruciating pain. In fact, I had been in pain for 48 hours. Because I've been having allergic reactions to pollen for a few days (again, sigh),  my sinuses are plugged up and my throat is sore. That means I'm sneezing some, and coughing quite a bit — or at least I was yesterday. Every sneeze or cough was agony because my ribs are so sore. 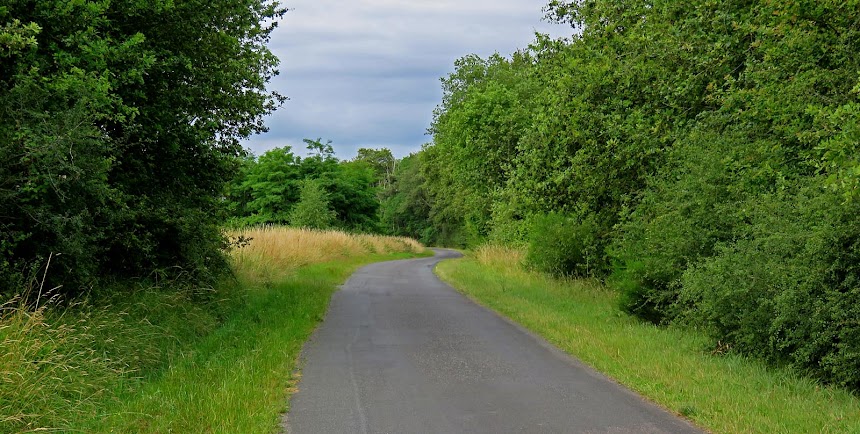 I guess falling once in a while is an occupational hazard when you like to go for a walk with the dog every day. Or maybe it's just my age. I've fallen down out in the vineyard three or four times over the past ten years, including last Friday's accident. I've promised myself that I would be more careful, and wouldn't do anything stupid like trying to climb or step over any wire fences or vineyard support wires (I fell that way at least once). At the same time, you just never know when an accident will happen.


I feel a lot better this morning. My knee is healing. My ribs hurt less. Turning over in bed is still very painful, and I can't lie flat on my back — it hurts too bad in that position. I got a much better night's sleep last night than the night before, partly because the allergies seem to be receding. I'm not coughing today.

So that's my tale of woe for the moment. Included here are some recent photos I've taken on my walks.
Posted by Ken Broadhurst at 07:00