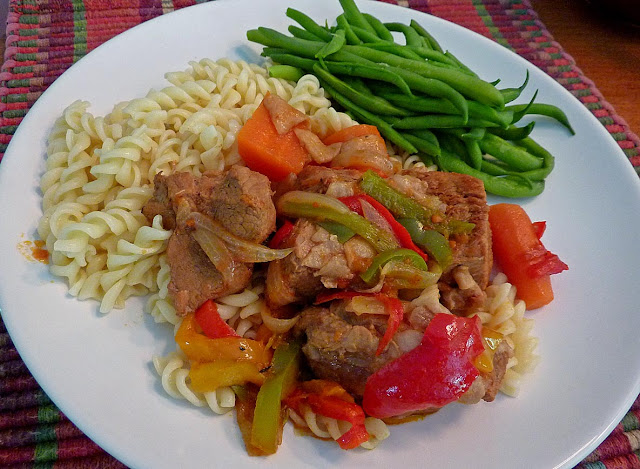 I looked at a lot of recipes for Hungarian goulash, in books and on the web. Some were very simple (the French ones) with just a few ingredients. Others were very complicated (the American ones) with lists of dozens of ingredients. I tried to find a middle ground. To the left you see what I came up with.

My goulash didn't look much like these American versions of the dish, which are often made with ground beef ("mince"). 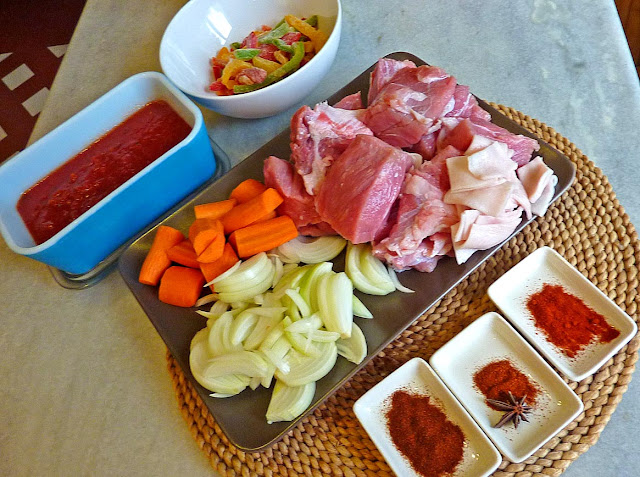 I used a 900 gram (2 lb.) veal shoulder roast, because I had one in the freezer. I had planned to make Veau aux olives with it, but then the goulash idea came up. It's actually similar. The goulash sauce has less tomato in it, and of course a lot of paprika. I had some frozen bell pepper strips in three colors, and a couple of carrots, so in those went with the meat and onions. 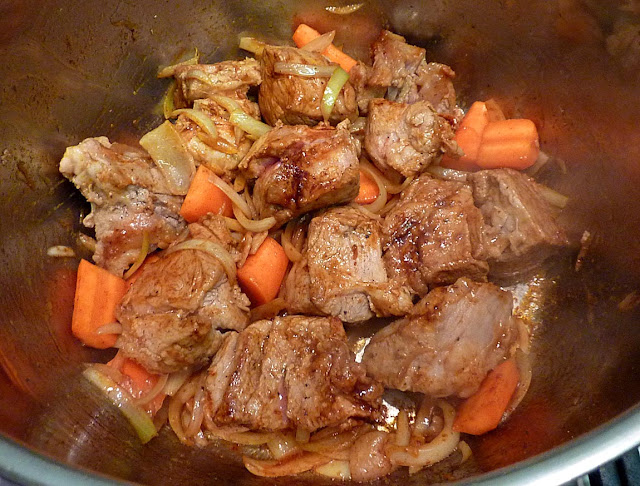 The first step is to brown the meat, onions (2), and carrots (2) in butter or oil or lard. I used butter and rendered some larding fat in it (the roast I had was bardé — wrapped in thin strips of fat or bacon). I seasoned the mixture with a couple of tablespoons of paprika (three types: mild, hot, and smoked) along with salt at pepper. 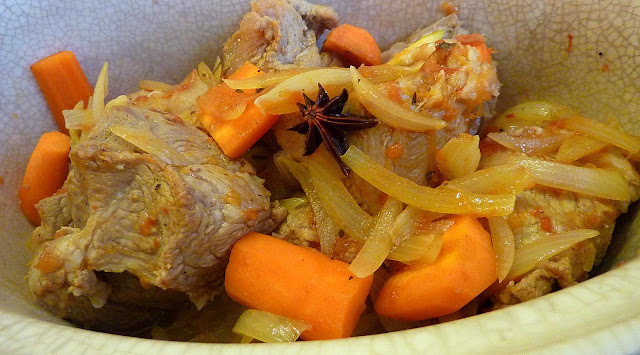 Then I transferred the meat and aromatic vegetables to a baking dish. I wanted to cook the goulash in a slow oven for about two hours to make sure the meat was tender or moelleux. I didn't have any carraway seeds, which a lot of recipes called for, so I put in a piece of star anise (same kind of flavor). 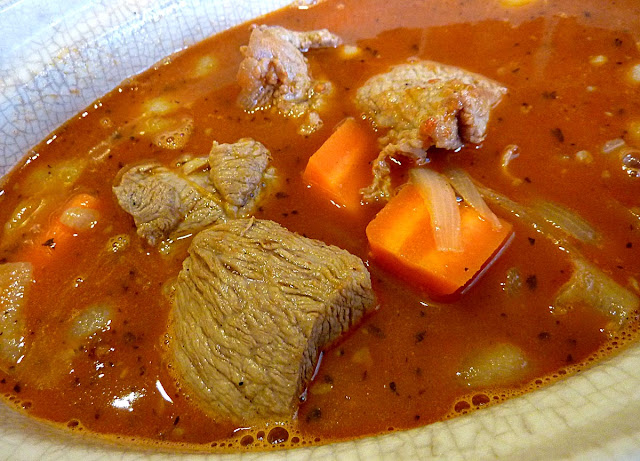 Besides water and paprika, the sauce also contains about a cup of tomato sauce. You could also use fresh tomatoes or tomato paste. The goulash sauce isn't like an Italian tomato sauce, however — it's much thinner and more liquid — that way the paprika flavor shines through because it's not masked by too much tomato taste. Some oregano or marjoram is good cooked into the sauce. 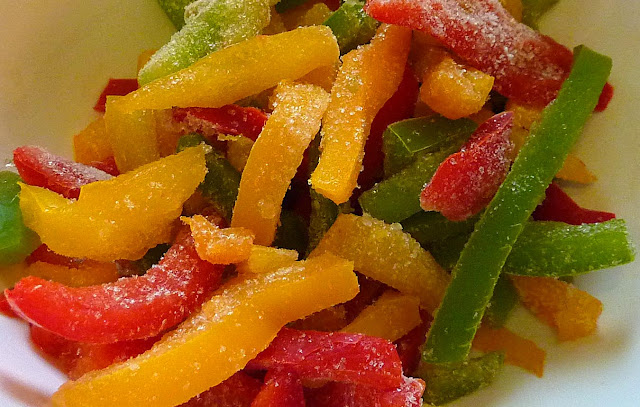 After about 90 minutes of cooking, I added a good handful of frozen bell pepper strips to the dish. Thanks to the Picard frozen food stores for stocking such a nice ingredient.

I like this version of goulash. Next time I'll make it with beef  or pork (but I have to say the veal is very tender and tasty). I think it was good served with pasta and plain green beans. The paprika-flavored sauce went well with those. 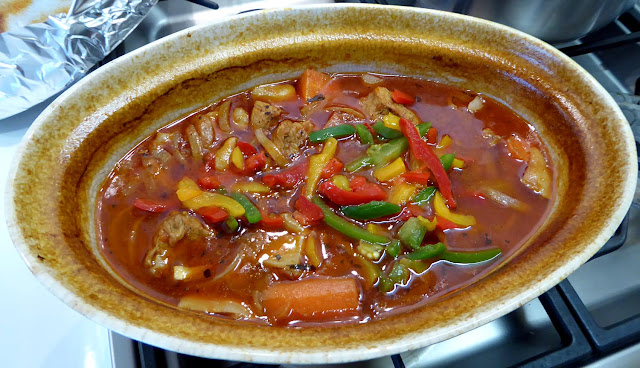 And I forgot two things. I meant to add a tablespoon or two of vinegar to the sauce. I'll do that to perk up the leftovers. And I also meant to serve the goulash with a good tablespoon of crème fraîche (i.e. sour cream) on each plate. Today's lunch..

P.S. Here's a link to the recipe for goulash that I used as a guide.
Posted by Ken Broadhurst at 07:15