Wall paintings at the church in Lavardin (vallée du Loir)

One of the places I went lately and hadn't seen in a long time — 10 years, maybe — is the plus beau village called Lavardin. It's near Montoire-sur-le-Loir and about 90 minutes north of Saint-Aignan by car. The Loir is a smaller river that is not too far north of the larger Loire, to which it runs roughly parallel for a good part of its course. That Loir Valley is worth exploring for its landscapes, villages, old buildings, wines, and cheeses. 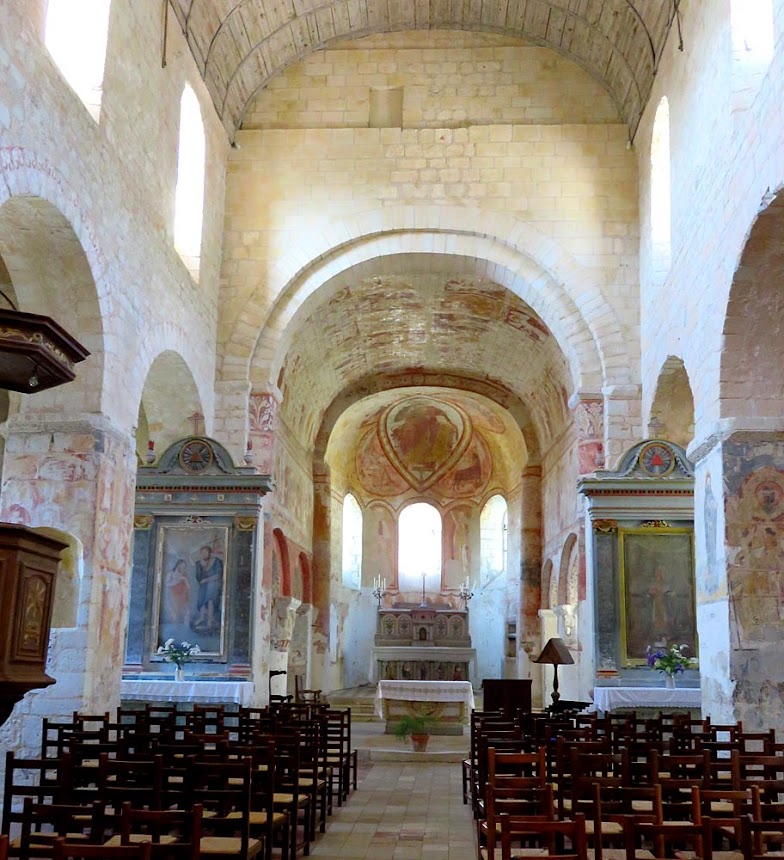 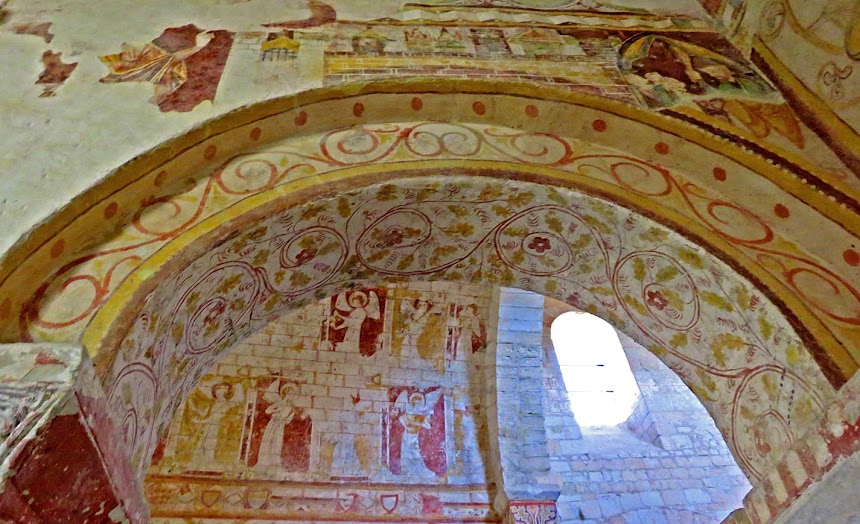 I knew that there were wall paintings in the church at Lavardin (which is dedicated to Saint-Genest) but I'd never been inside before. I was lucky to be there, with CHM, on a bright sunny afternoon. I took a lot of photos with my Canon camera. I didn't use a flash, and I didn't use a tripod or even a monopod. For all these photos, the camera was hand-held. 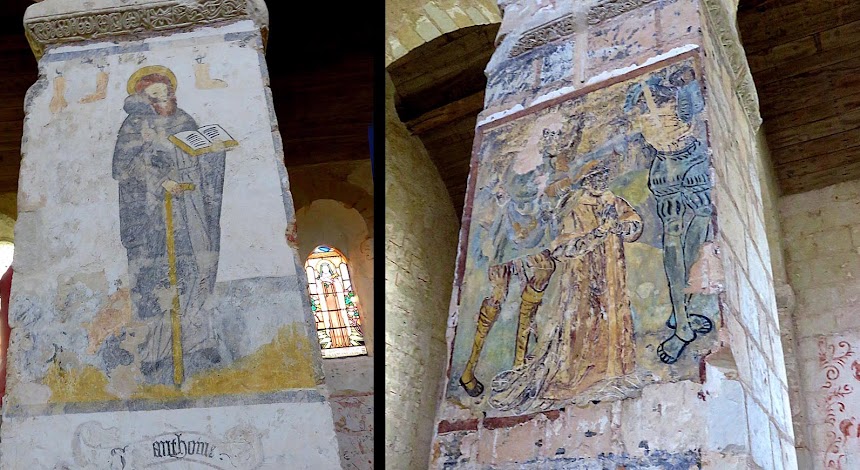 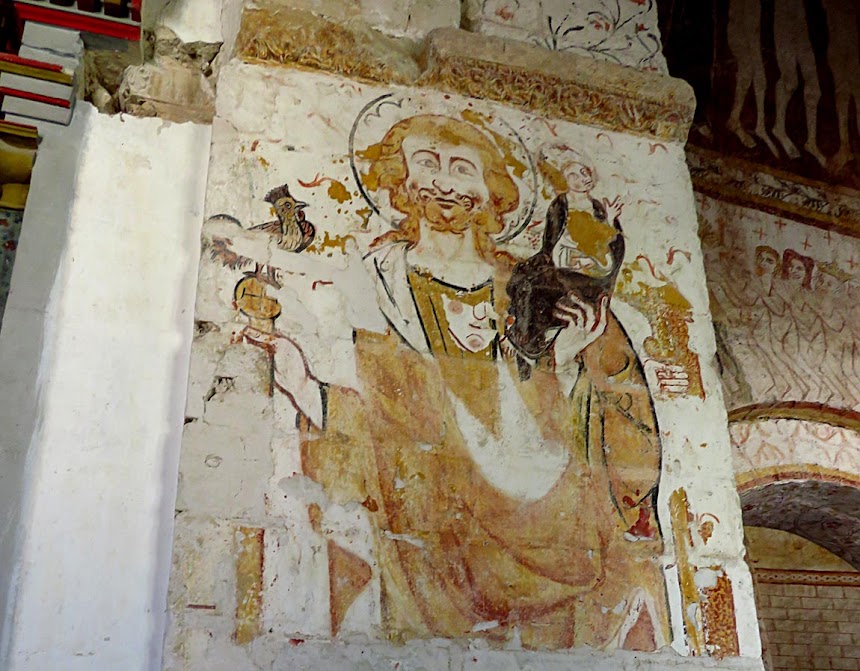 The Saint-Genest church certainly makes Lavardin worth a stop. Other churches or chapels within a few hours of Saint-Aignan by car also have impressive wall paintings — at Saint-Savin-sur-Gartempe, for example, or in Palluau-sur-Indre, and even in the Saint-Aignan church itself. I'm including links to some posts on these churches. 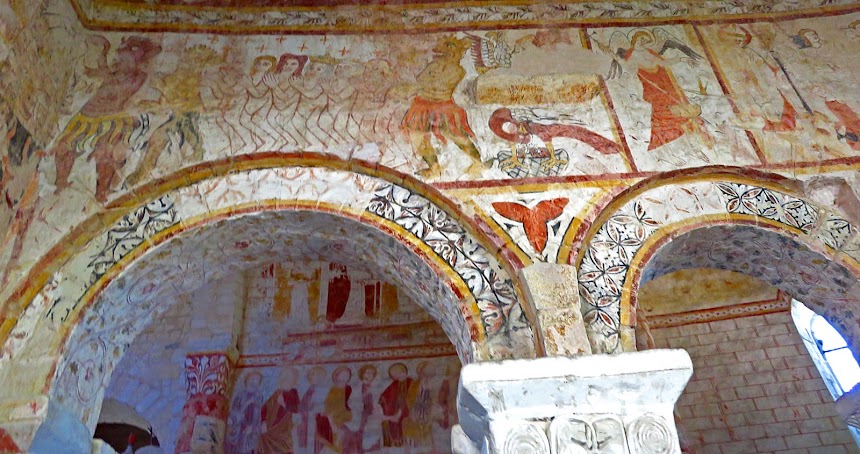 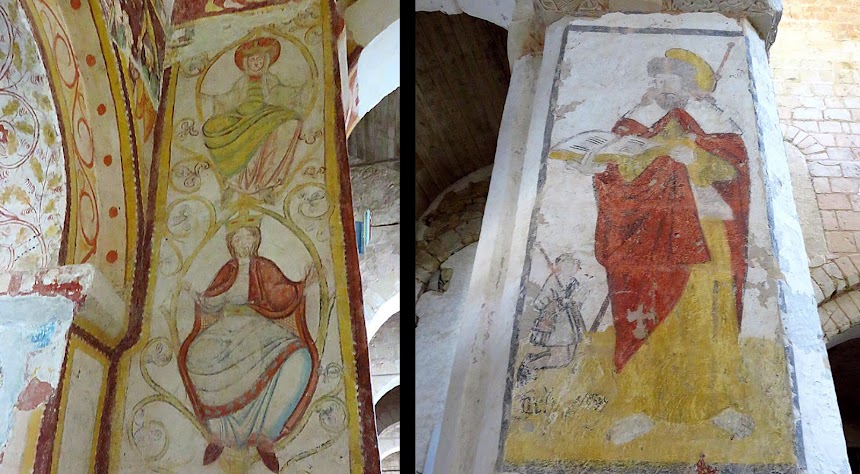 Apparently, these paintings were re-discovered by a priest about a hundred years ago. They had been painted over with whitewash sometime after the Renaissance period, at a time when medieval art was no longer appreciated or admired. France had entered its classical period, and "primitive" art was not the fashion. 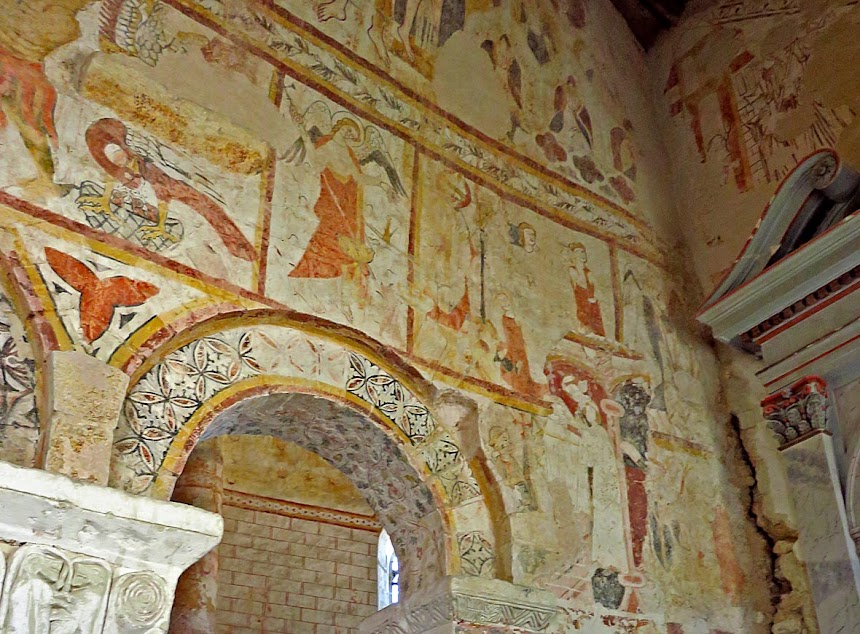 These wall paintings, often called fresques in French, date back as far as the 12th century. That's when a lot of France's still-existing churches were built. Nowadays we are used to seeing churches that are very plain inside (except for their stained glass windows) but all those centuries ago most of the churches were painted inside, the way these are. But I'm no expert...
Posted by Ken Broadhurst at 07:30